One One One Eagle Street | Interiors

Dramatically adding to the cultural identity of Brisbane as a city – One One One Eagle Street has been recognised as an enriching and livening addition to Brisbane. A direct physical public benefit is the tower’s base which folds up from the Riverside and Riparian plazas to form its own internal plaza and restaurant strip in a much-used thoroughfare between the ferry terminal and CBD.

The base of this commercial office tower is designed over two interconnected levels – the ground acting as a dining-activated public plaza and the upper as corporate foyers. The base’s interior experience is derived from the tower’s unprecedented free structure and idea of contextual integration.

The concept was to create a place within this dramatic tower which the people of Brisbane would embrace for its amenity, diversity and drama. Splitting the levels between public and corporate allowed the ground level to act as a thoroughfare, reinforced in expression by a geological approach to its floor, its hall and open bistro restaurant – The George. 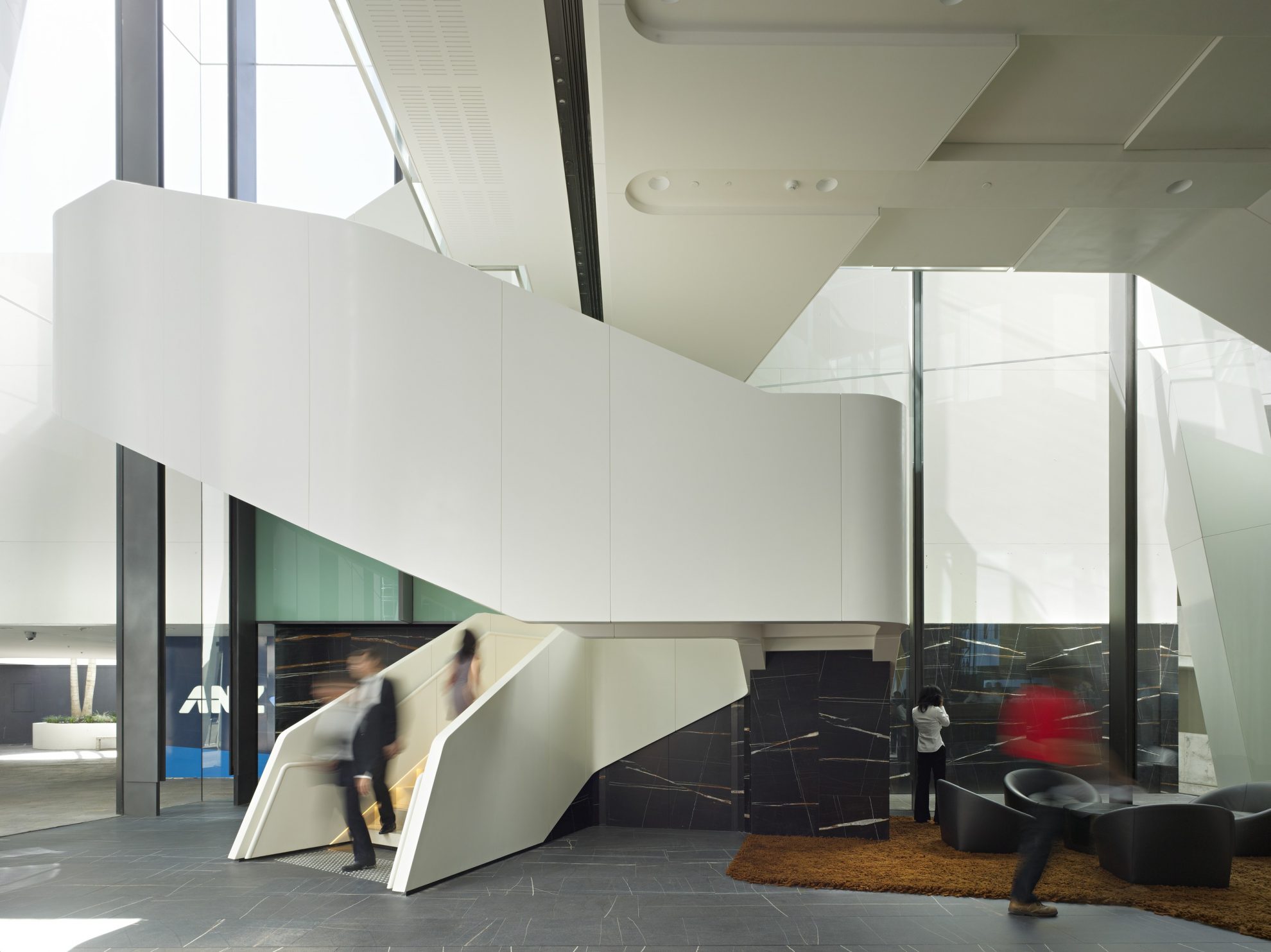 The upper level is distinguished to its identity as a ‘white space,’ relating to the tree structure encasing and supporting the tower and resolving its forces by forming the ceiling. It is activated by a small café and has become renowned for its meeting nodes and underfloor connections, including a sculptural staircase that pays homage to Harry Seidler – the Riverside precinct’s original designer. 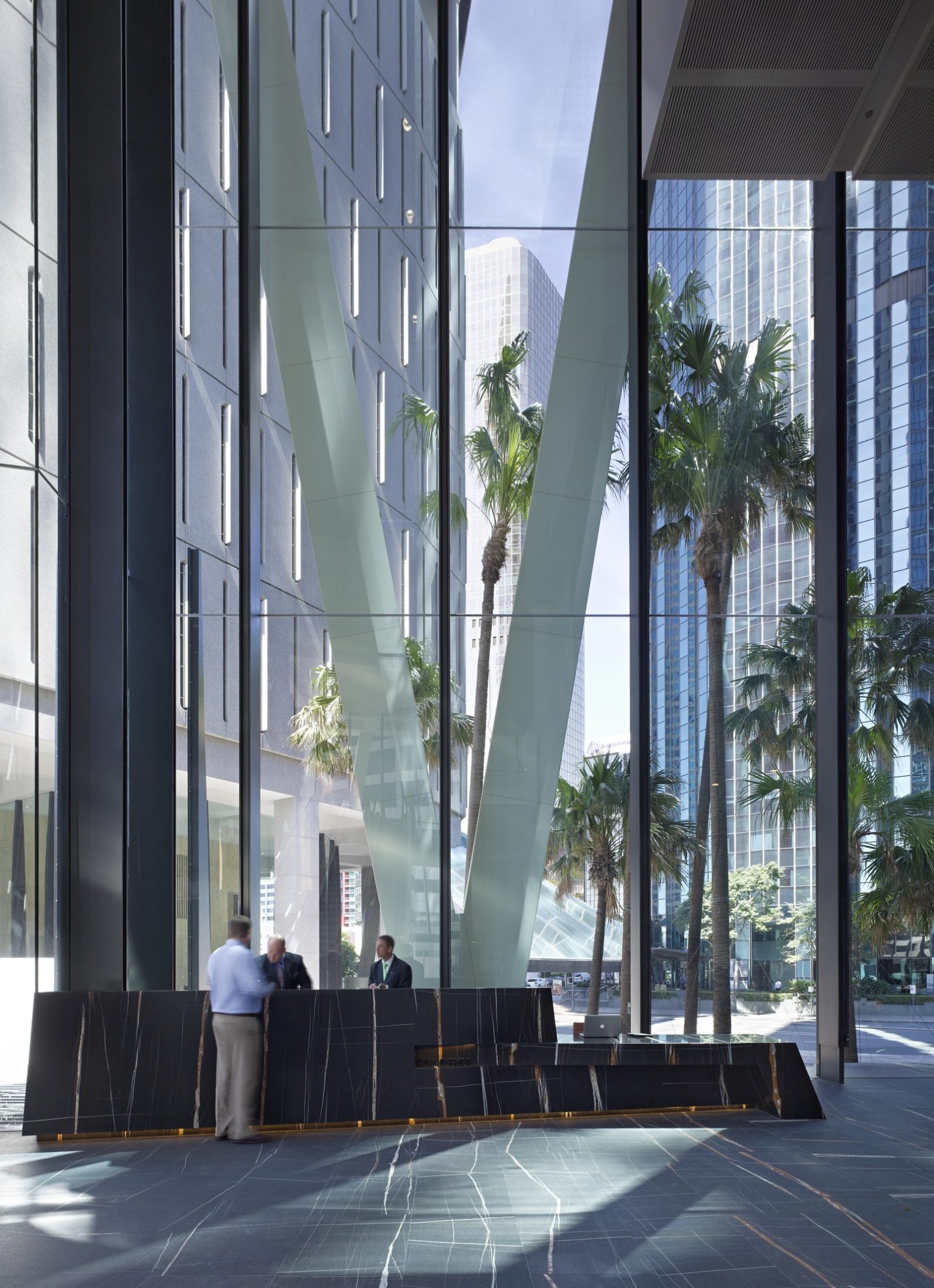