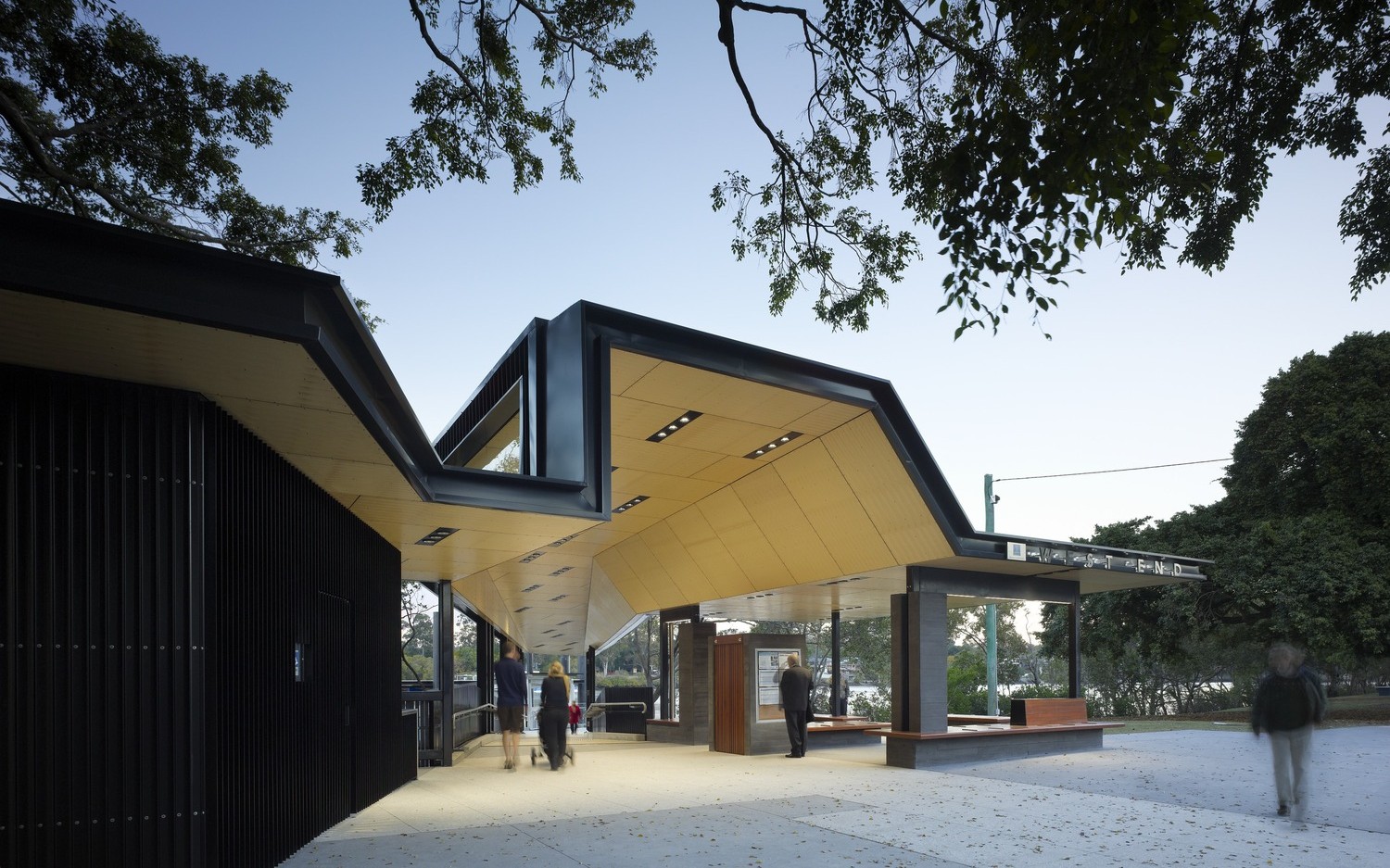 This project preceded the 2011 Brisbane flood and the comprehensive ferry terminal replacement program we have since been involved in. The West End terminal was one of few that survived the flood.

The pavilion was designed to replace a solid brick and concrete structure that had become of increasing safety concern due to lack of transparency. While accepting the need for change, the local community was intensely interested in the new design, particularly in how it related to an adjoining park and how it should reflect West End’s unpretentious, laid-back character.

The design is the inverse of the earlier opaque masonry box, comprising a broad roof like a parasol or slouch hat giving permeability and visibility through it. The roof rises to form a ridge volume that angles to convey direction of movement from an adjoining bus set-down to the pontoon. A clerestory provides a view to a massive fig tree that overhangs the pavilion and which has a synergistic visual relationship with the roof canopy.

On the park side, a lower roof plane cantilevers out to shelter seating plinths for waiting passengers, while on the other are a bicycle store and amenities for the public and bus drivers under a corresponding roof plane.

Considerable discussion with the community and authority concerned the materials, particularly with regard to potential vandalism as occurred previously. Our proposition was that if a highly crafted architecture of timber and ply became embraced by the community, damage was less likely to occur than with overtly robust materials.

This approach has proven to be the case in the pavilions’ four years of operation, and it has become a much-inhabited place for bicycle clubs to meet and locals to socialise. It has thus become, albeit at a small scale, an example of the value a community places on transport infrastructure designed for human occupation rather than merely for utility. 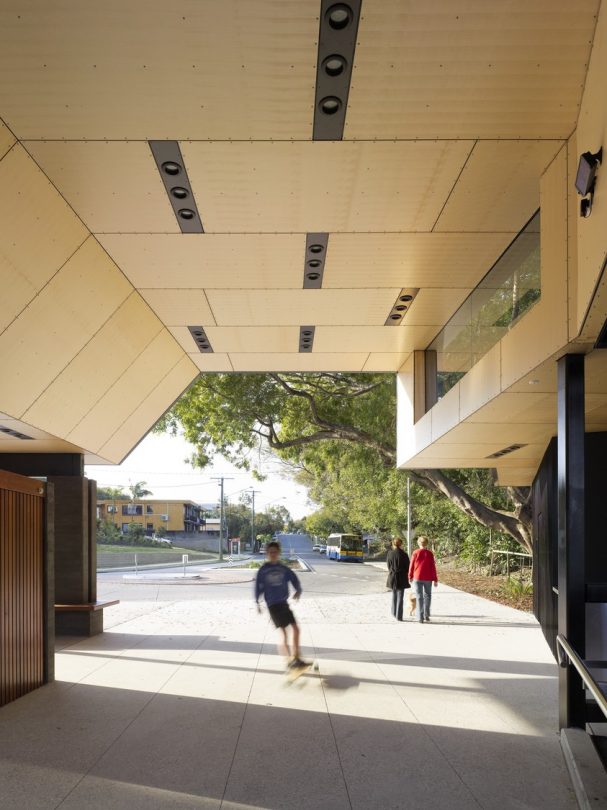 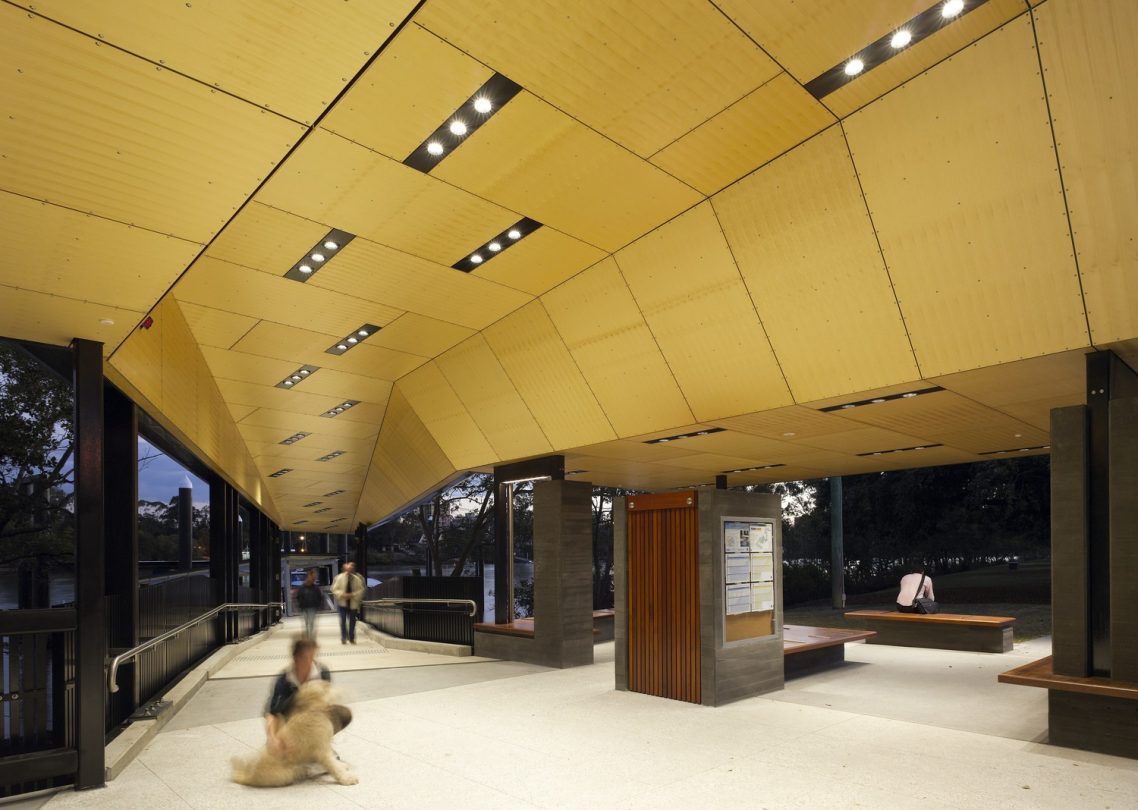 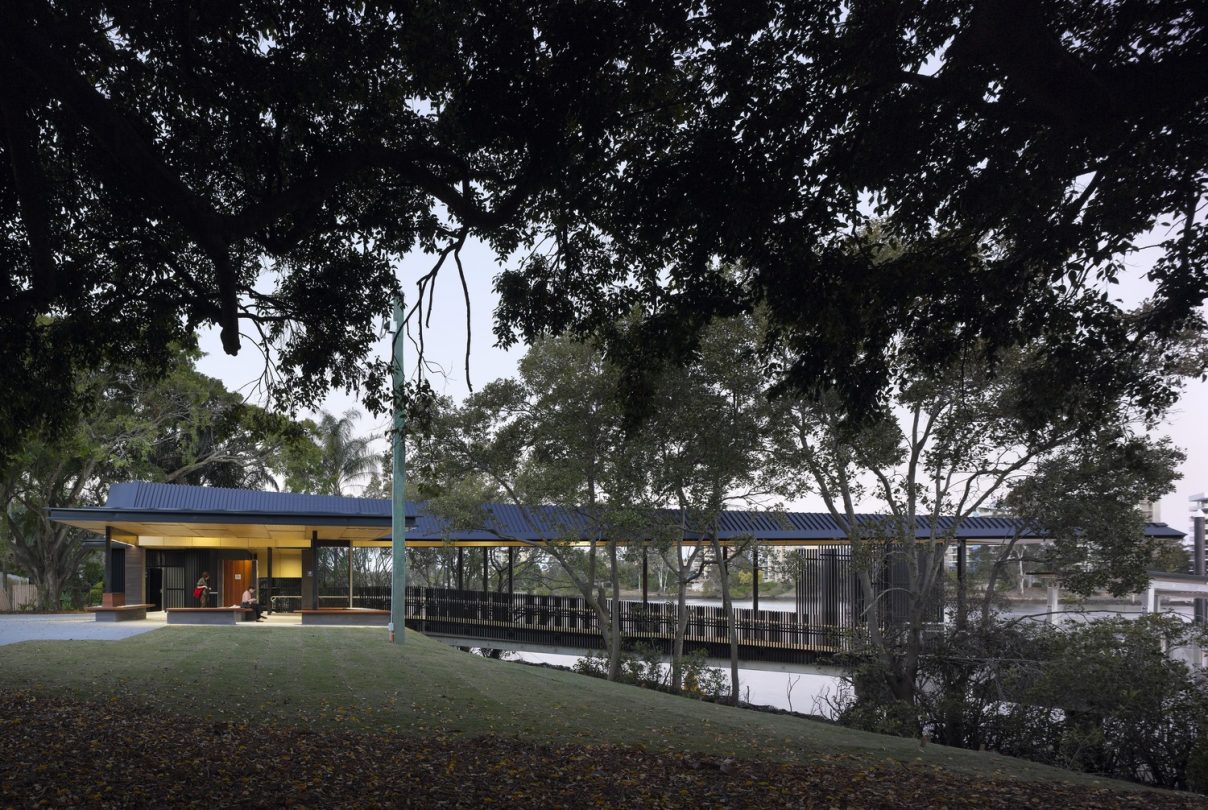