Cox Architecture is delighted to be a part of Team 11 (City of Greater Dandenong, City of Casey, Shire of Cardinia) to develop a new world football and event venue in Dandenong.

Announced today, the stadium would house the Team 11’s A-League, W-League and youth teams, with the potential to host NRL and Super Rugby matches and other major events.

“The new stadium will serve as a focus for community and elite sports and cultural events”, said Director Jonothan Gardiner at today’s announcement.

As part of the Team 11 bid for a new A-League and W-League franchise, the new 12-15,000 seat venue is located 100 metres from the Dandenong Station and transport interchange, within the heart of the city.

“It will provide first class facilities for patron and for both men and women’s sport” he continued. “This quickly growing area of Melbourne now has a higher population than Adelaide, and has over 160 different nationalities and cultures resident in the precinct. Sports events, particularly world football, have the ability to act a social catalyst, as well as a sporting facility.” 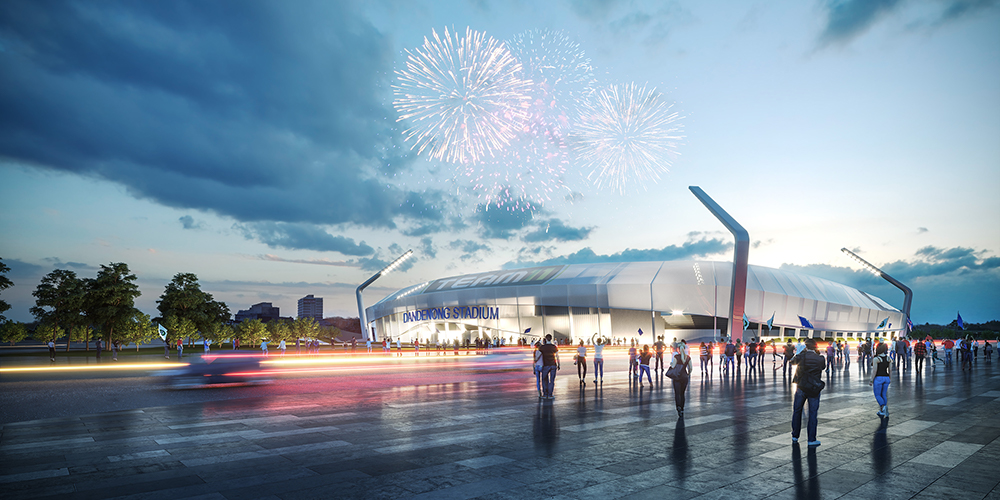 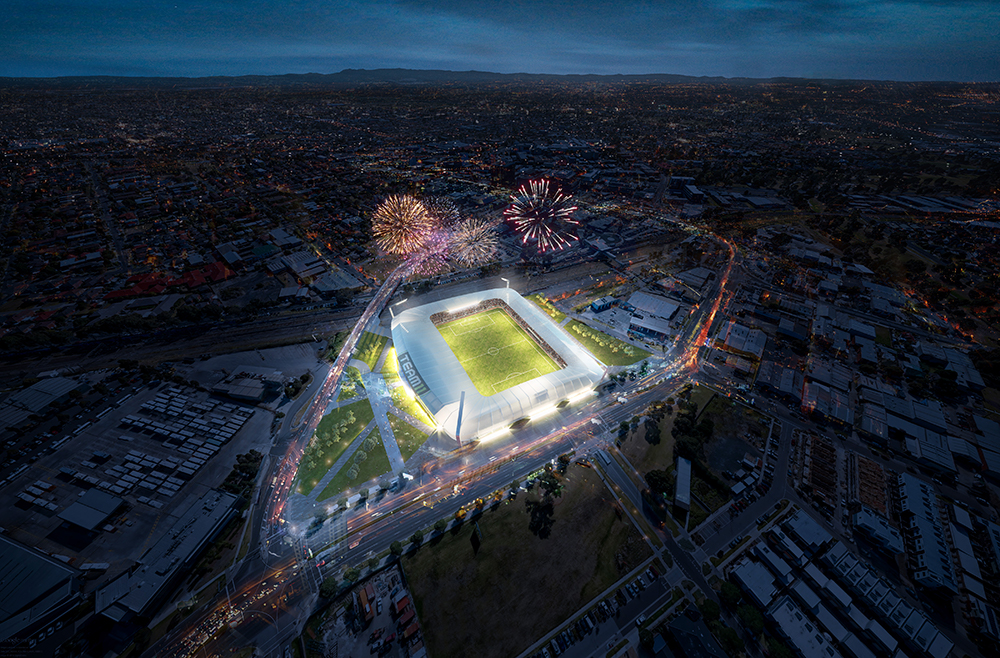