‘Morning Star’: The Art of Tapestry in Commemorating our ANZAC’s

‘Morning Star’ was designed by prominent Australian artists Lyndell Brown and Charles Green, and was handwoven by the internationally-recognised Australian Tapestry Workshop (ATW) in South Melbourne.

Charles and ATW Director, Antonia Syme, met with our Melbourne Studio at the Shrine of Remembrance in February, where the stunning ‘Morning Star’ was exhibited prior to its’ installation at the Sir John Monash Centre in Villers-Bretonneux, France.

The tapestry is of monumental scale measuring 2.5 x 5 metres, featuring an early morning bush scene, in which a pathway is illuminated by the sun and shadows are cast by the trees through the mist. Photographic images and postcards from Charles’ grandfather are also depicted in the work.

The result is a vision of the home that servicemen and women left behind and to which so many would not return, poignantly rendered in muted tones of grey and subtle earthen colours.

War art has traditionally portrayed scenes of battle and action, but ‘Morning Star’ is intended to be different. The artists wanted to stop visitors with a highly emotive scene; a scene that would convey the memories of a calm and gentle home, amidst the bleak trenches and violence of the Western Front.

The artists chose to use tapestry as a medium for its’ intricacy and enduring properties. It took seven weavers over 4000 hours to complete the work, weaving daily from March 2017 to complete the tapestry by late December.

The weaving process was exceptionally intimate, as the workflow required close attention to detail. Set onto a large roller, the weavers worked up from the bottom of the tapestry, requiring all elements of the design to be finalised before any fabric was woven onto the loom.

In many ways, tapestry and architecture are closely aligned practices. Antonia spoke of both the vision and the dedication to detail in tapestry; not only from the weavers themselves but also the designers, and from specialist colour dyers who create over 400 colours and gradients with which to weave.

Tapestry weaving is an artform reliant on collaboration, much like architecture. The client, the designer, the weaver, the builder; we all contribute our specialisations to create intricate works that endure.

Charles spoke of the legacy and longevity of tapestries, and their significance in diplomatic and political terms.  These are cultural works that last beyond our own years and tell a story to the future generations; ‘Morning Star’ will endure as a memorial to the 46,000 Australian lives lost on the Western Front.

Cox Architecture, together with Williams, Abrahams, and Lampros have designed the Sir John Monash Centre in sympathy with the idea of the ‘enduring’. The immersive centre is settled into the existing memorial site adjacent to Sir Edwin Lutyen’s original 1938 memorial. Anchored by a landscaped roof suggestive of the battlefields and French meadows, the new museum compliments the existing architecture, adding its own contemporary element to Villers-Bretonneux.

The collaboration of Australian artists creating these new memorial elements evokes the very  Australian characteristic of ‘mateship’ among the contributors, linking their work again back to the ANZACS, for whom mateship was a core experience on the Western Front.

The new additions to Villers-Bretonneux; the memorial museum, the tapestry, and the Rising Sun; will endure as works of collaboration, ensuring the ANZAC legacy lives on long into the future, in the most vivid and respectful way possible. 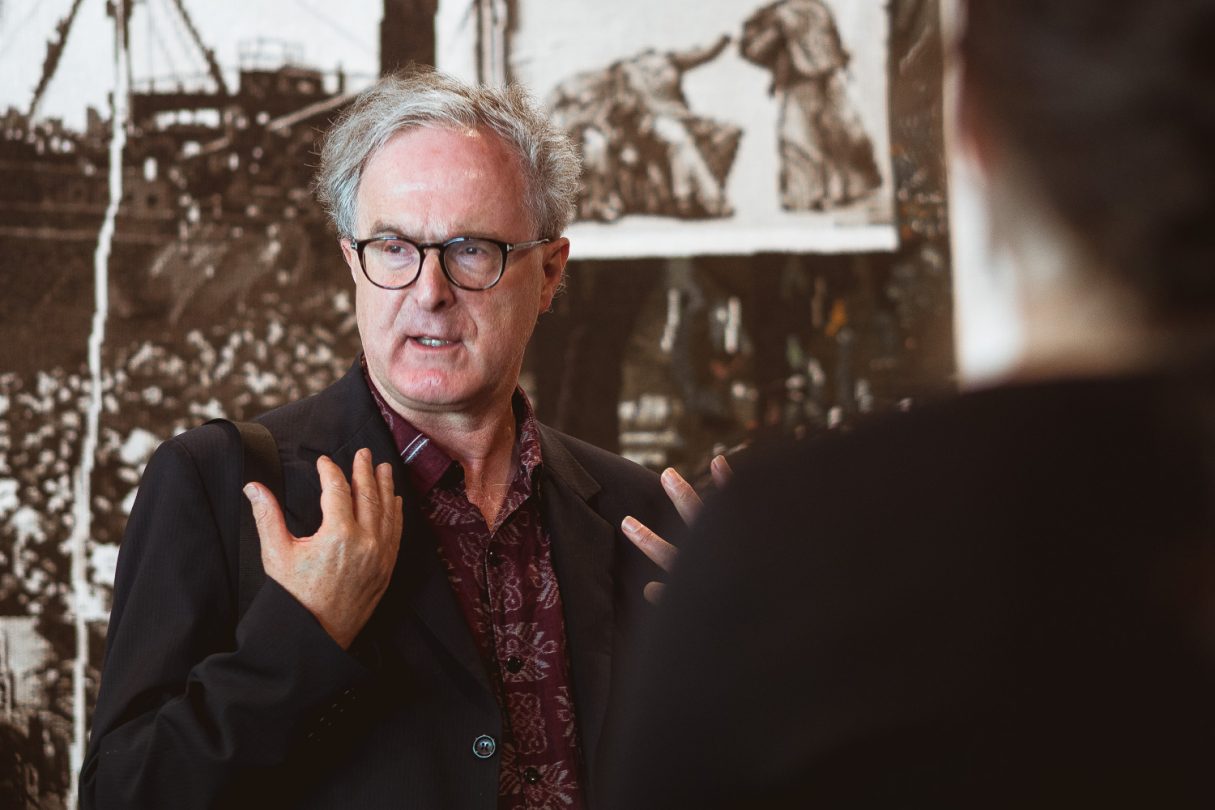