Cox Architecture together with project partners Aurecon were recently awarded the Brunel Medal for excellence in civil engineering for their revolutionary design of the Brisbane Flood Recovery Ferry Terminals.

Awarded by the United Kingdom’s Institution of Civil Engineers (ICE) annually, the Brunel Medal is named for Isambard Kingdom Brunel, a 19th century mechanical and civil engineer who to this day is considered one of the world’s most ingenious and prolific figures in engineering design.

The Brunel Medal adds to what has been an extraordinary series of accolades for the Brisbane Ferry Terminal design including:

After Brisbane’s CityCat Terminals capsized in the 2011 flood, the Queensland Government held a competition to see if a more resilient solution could be found.

Teaming with Aurecon and Brisbane City Council, Cox Architecture observed and simulated the impacts – accumulation of debris against the gangways as they submerged, and debris trapped in the ribbon of piles or against the pontoon’s flat leading edge. Had the flood risen a metre higher, the pontoons would have simply floated away.

Three main remedies were devised: one, fitting the gangways with air tanks, a hinge and a clasp enabling them to float and swivel around under the flood’s force; two, a single pier tall enough to prevent the pontoons floating off and robust enough to withstand large vessel impacts; three, shaping the pontoon like a boat to deflect debris around.

Simultaneously, the terminals were designed to enhance the experience of river travel and of public engagement with the river to meet with Council’s values of full accessibility and its aspiration as a New World City. Removing the multiple piles opened the river to unimpeded view, a canopy provided shelter, and ramping on the pontoon guided movement and offered varied places to relax. 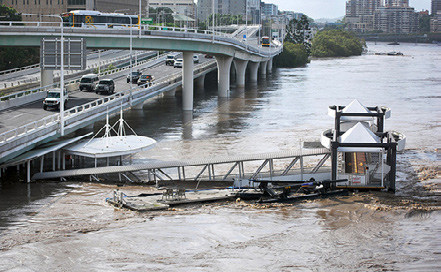 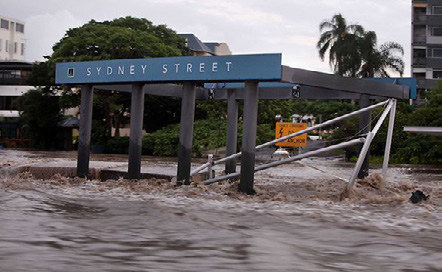 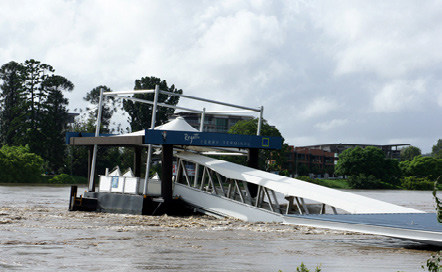 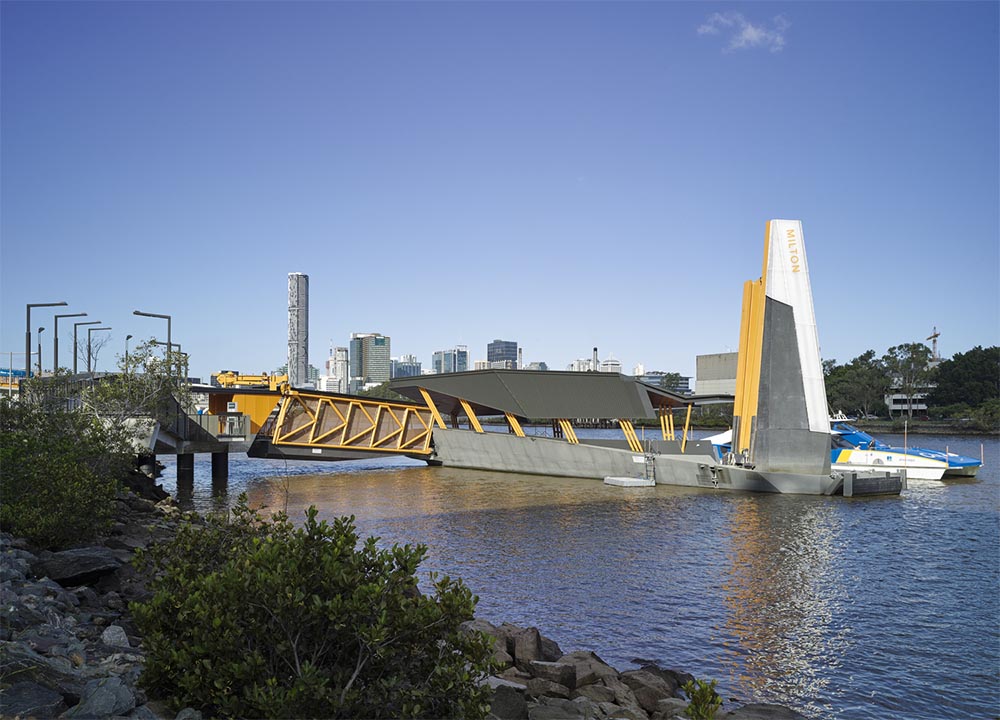 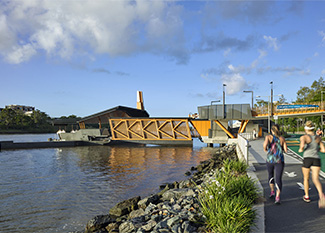 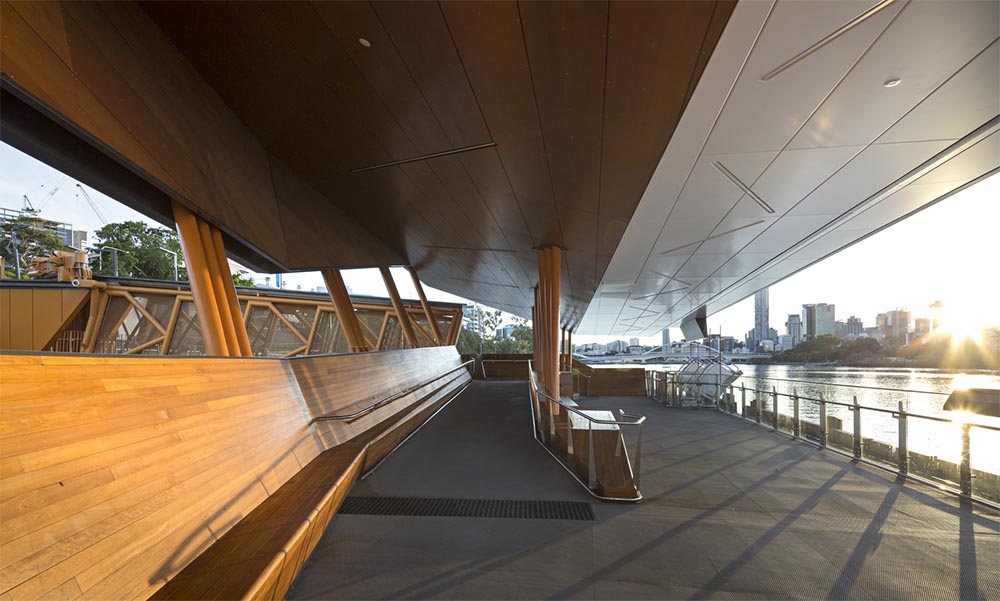 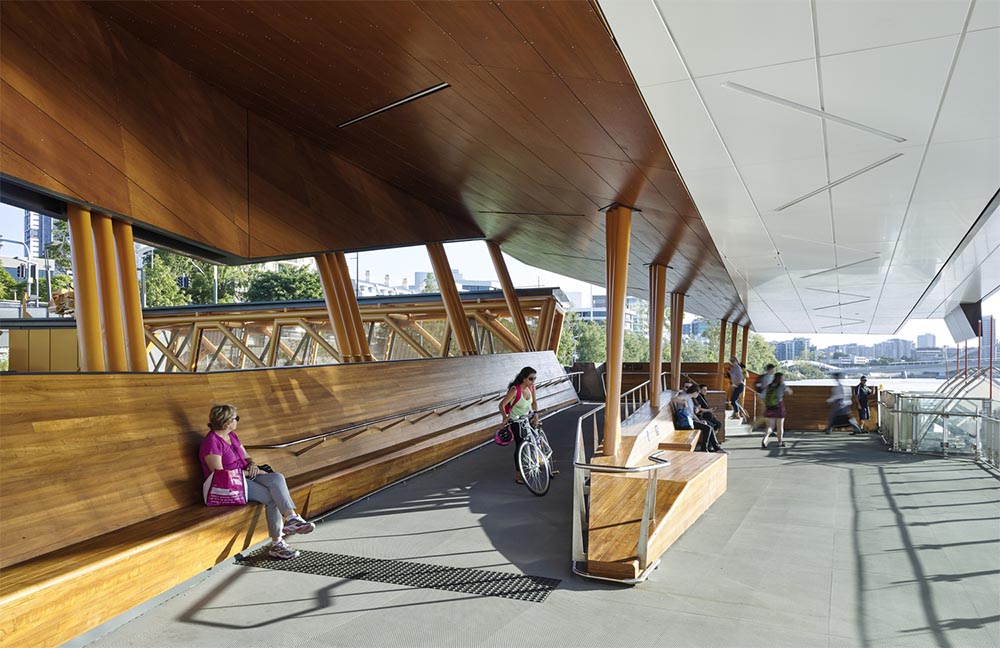 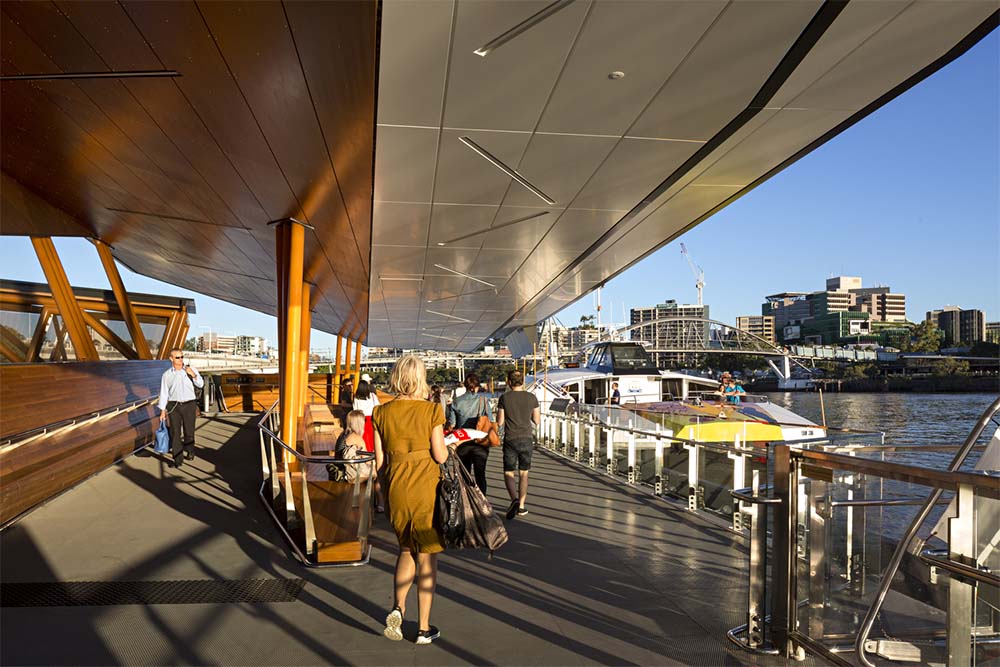 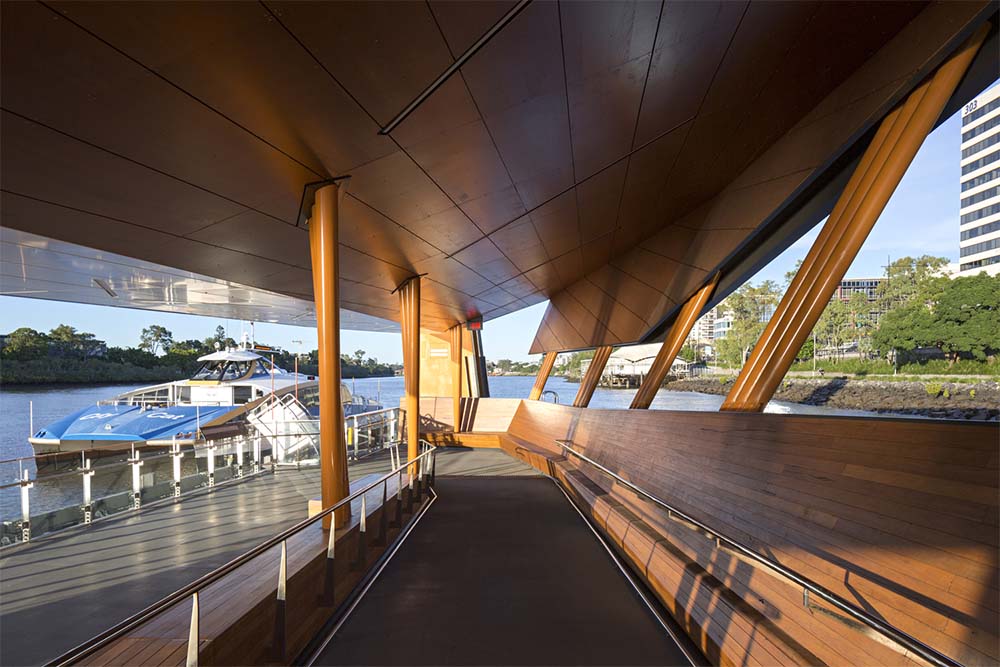 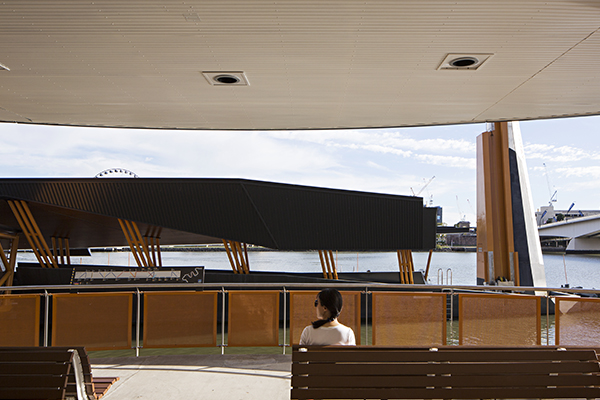 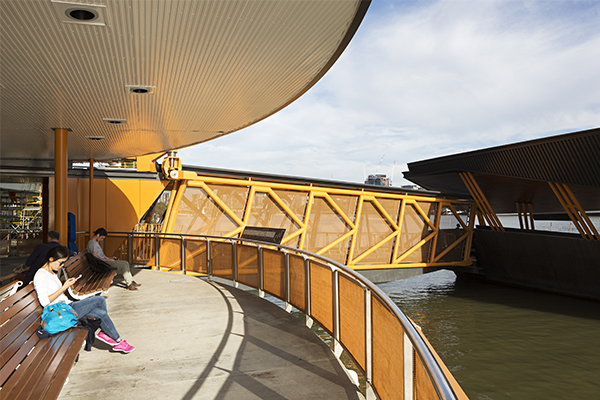 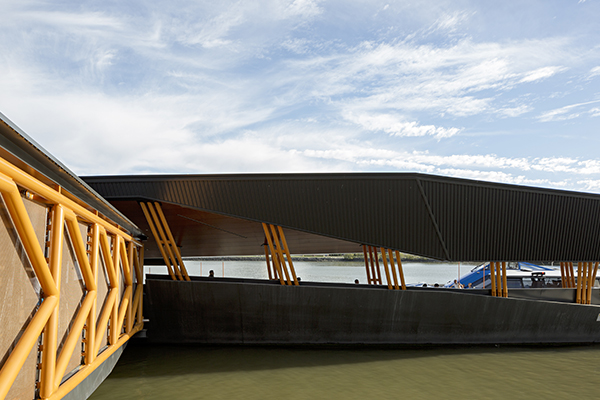 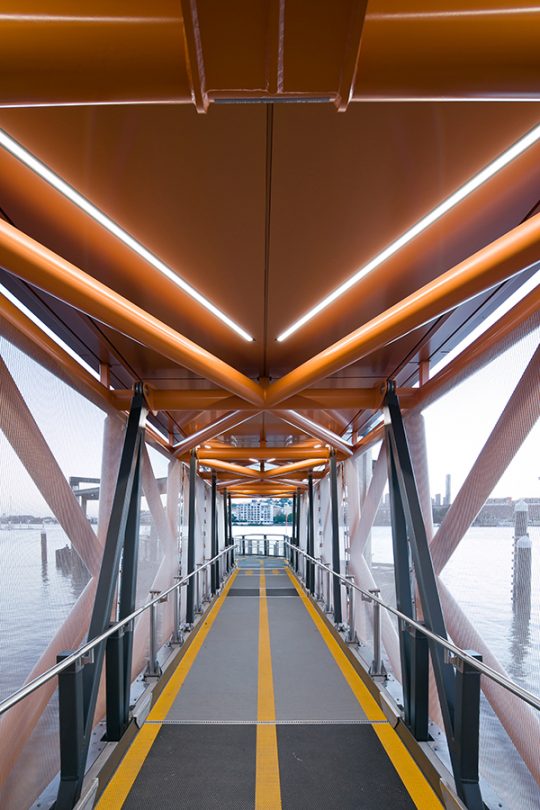 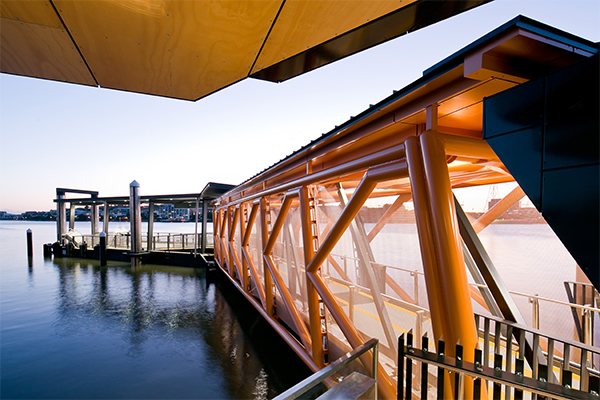