COX Helps Shape the Vision for the Western Parkland City 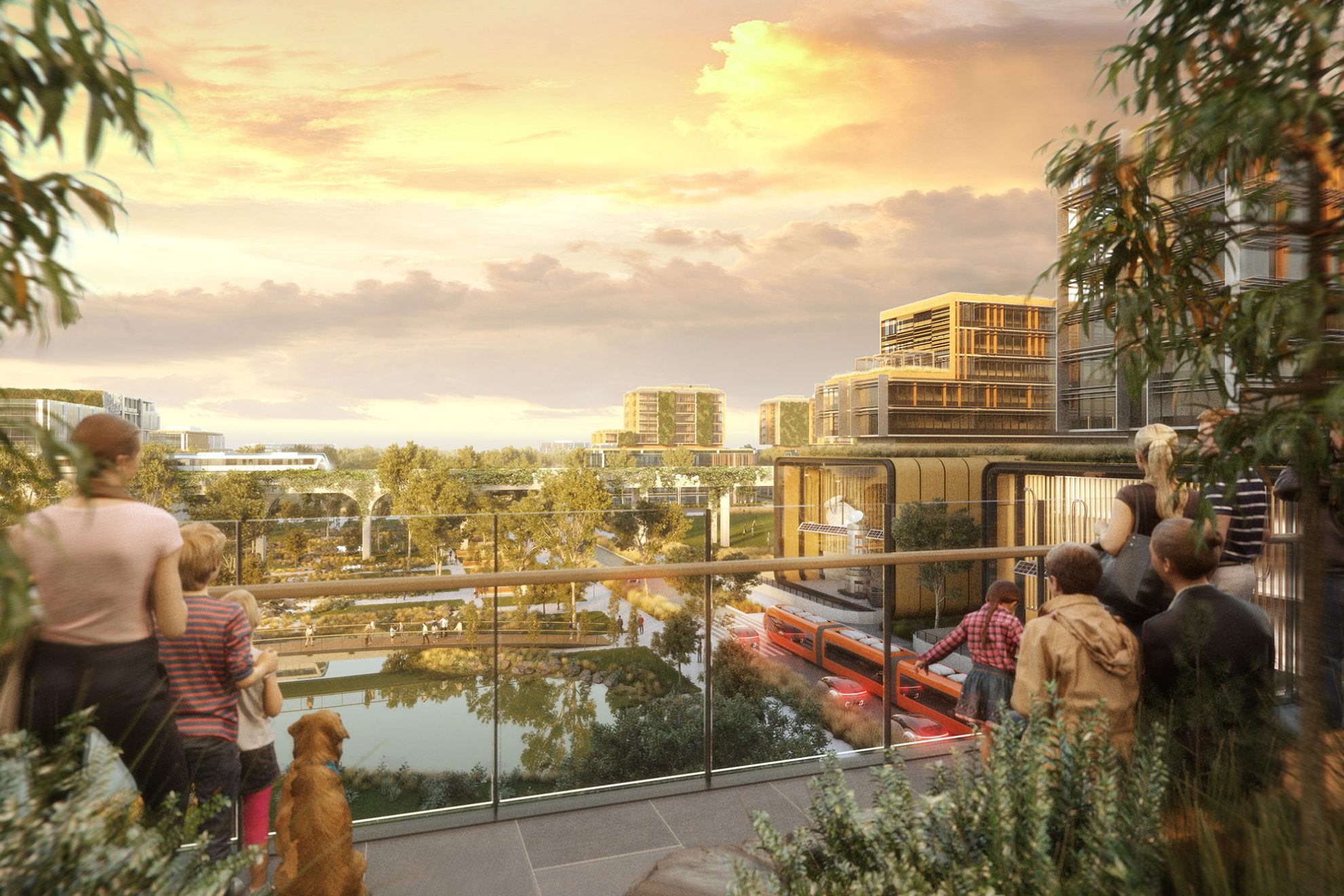 Western Parkland City is an area projected to experience significant growth over the next 30 years. The Greater Sydney Commission predicts the current population of 740,000 to grow to 1.1 million by 2036, and to well over 1.5 million by 2056.

The City will be established on the strength of the Western Sydney Aerotropolis and the new International Western Sydney Airport, designed by COX Architecture and Zaha Hadid Architects. It will be a polycentric city capitalising on the established centres of Liverpool, Greater Penrith and Campbelltown-Macarthur. 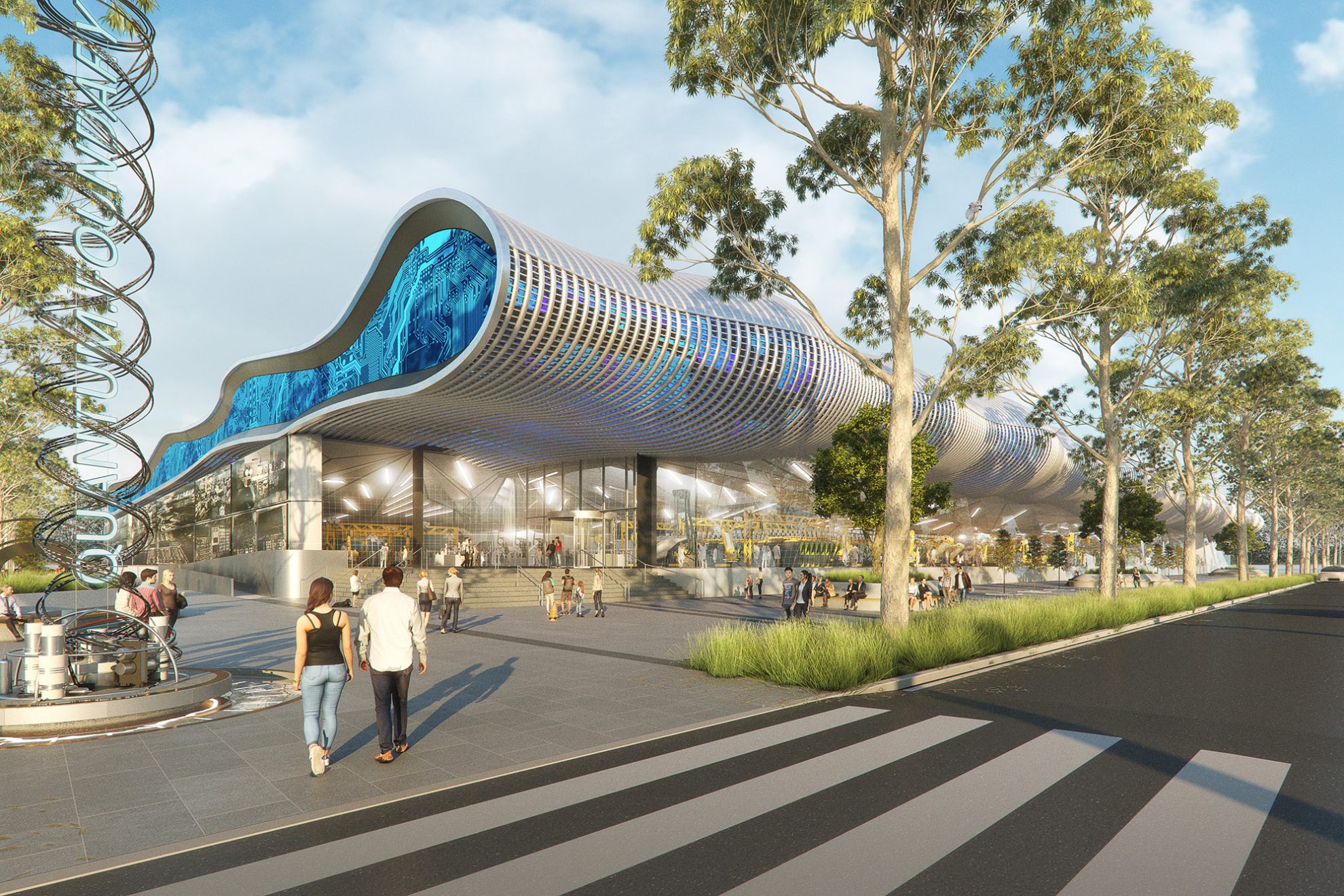 The visualisations help to communicate a future for the Western Parkland City as a high-quality community that celebrates the natural landscapes through the built and natural fabric of the future City. It will be highly accessible with carefully planned amenities that fit within the Western Sydney landscape.

The planning for the Western Parkland City embraces emerging trends and technologies that will aid the city’s evolution, including biophilic design, autonomous vehicles, smart infrastructure and the green, blue and ochre grid for Western Sydney.

The visualisations are of key catalytic precincts and projects within the Western parkland City: 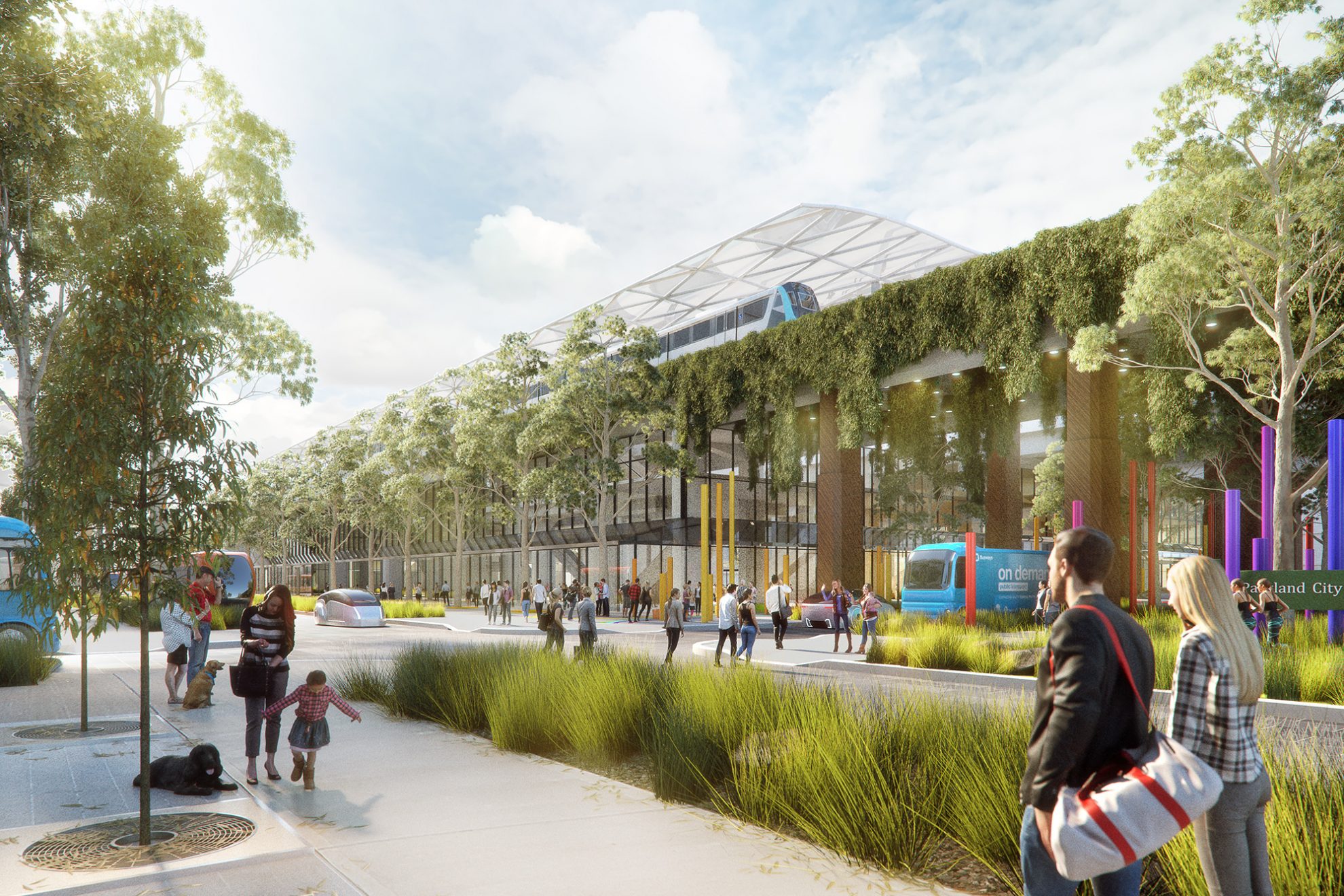 South Creek is at the heart of the Western Parkland City, that will form a green spine of parks, walking and cycling trails, community facilities and ecological services including nutrient capture, urban cooling and local habitat. 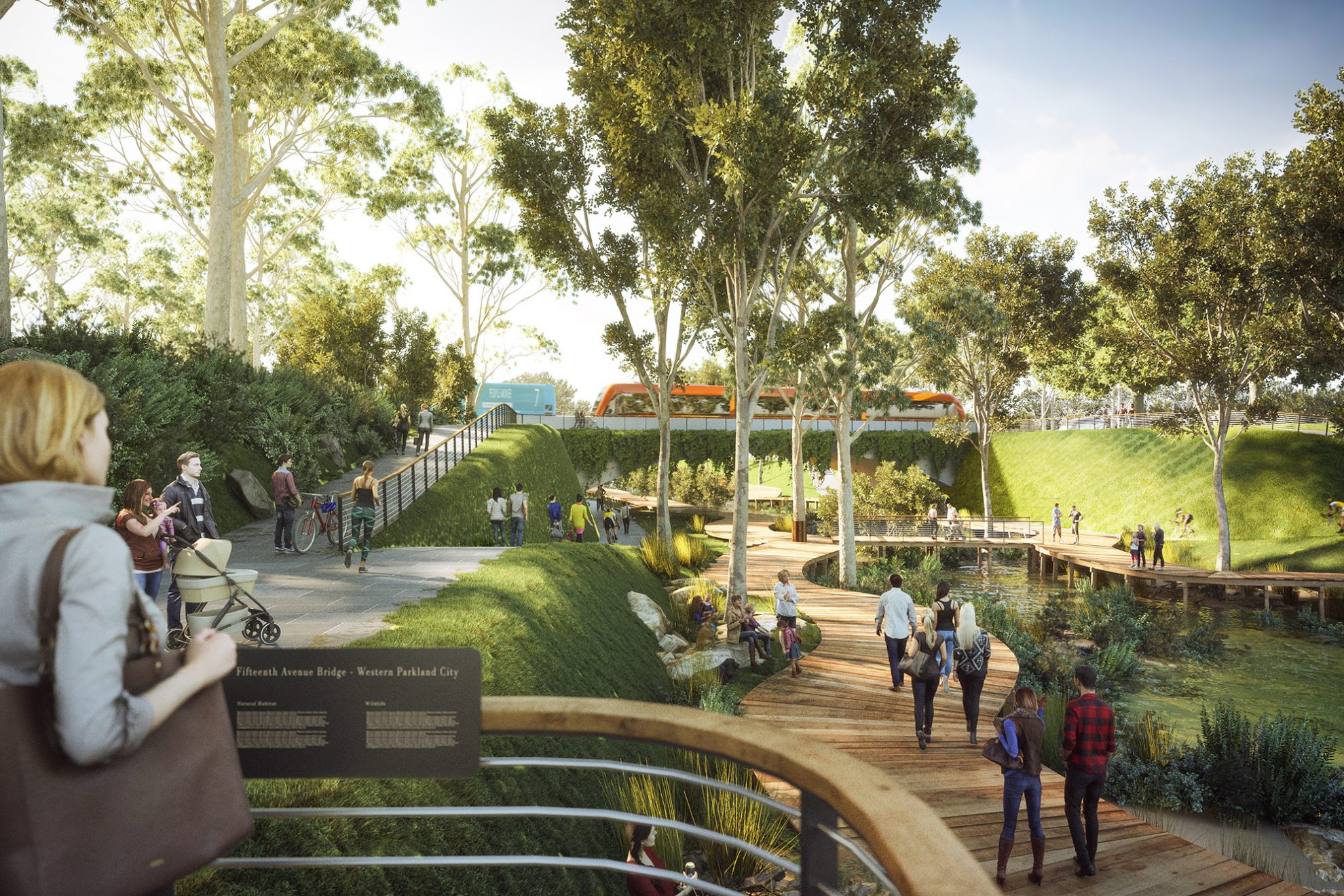