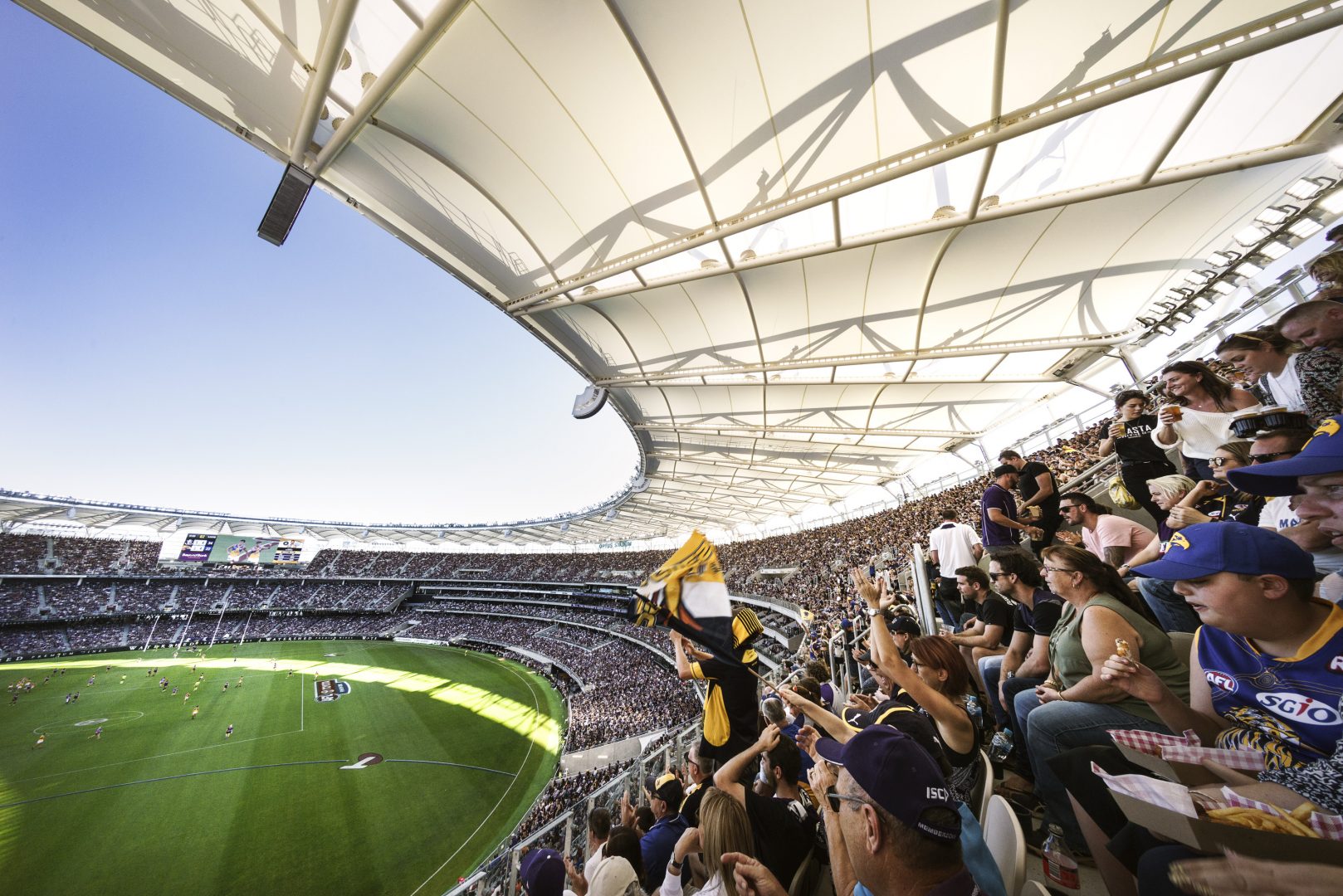 It’s footy finals time again and at COX Architecture we are as excited as everyone else. This year’s finals season is poised to be the biggest ever: The Australian newspaper reports that the first four games of the finals have already beaten the attendance record for the entire 2017 finals series.

These four games, between the top four teams, were all held at venues designed or redeveloped by COX Architecture: the MCG, the SCG, and Perth Optus Stadium, and attracted a record first week crowd of 283,148.

Some more stats: the night the Demons defeated Hawthorn at the MCG was the third consecutive finals crowd of more than 90,000 at the ground with a crowd of 90,152, a modern-day semi-final record. The second elimination final, between the West Coast Eagles and the Melbourne Demons drew a sell-out crowd of 60,000 and was watched by 884,000 on free-to air television and thousands more around the world and at home via subscription, making Optus Stadium, by some length, the most viewed building in the country on Saturday afternoon.

The AFL is likely to break its all-time attendance record for the season by more than 300,000, with forecast crowds for the remaining finals tipping the number of those through the gates this year to close to 7.6 million. Revenue for the clubs and the AFL is likely to significantly exceed last year’s record of AU$60 million. 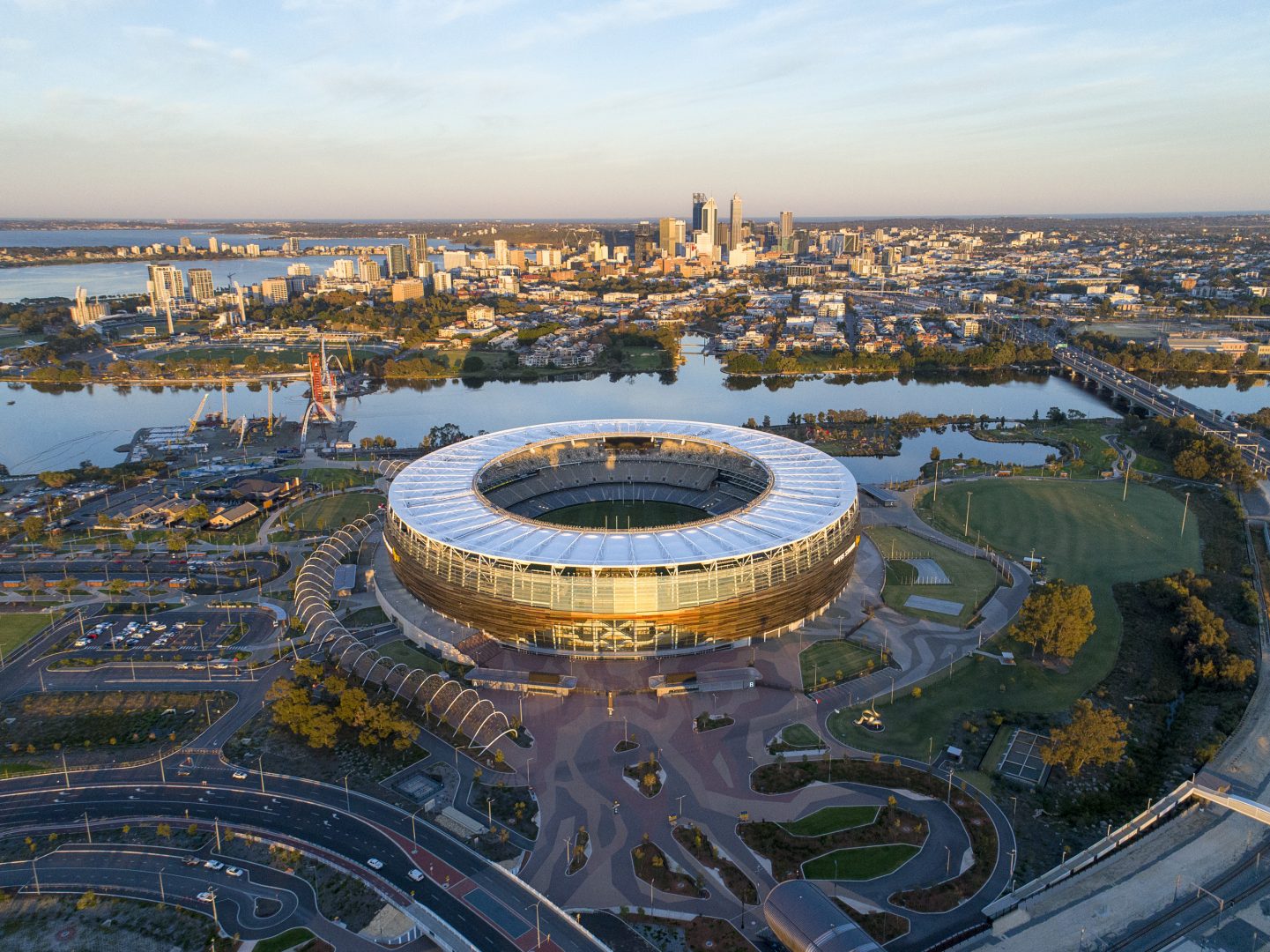 So why the surge in attendance? We love the game, but why not stay home with the party pies, twenty of our closest friends and their children?

What is it about ‘Being There’?

That’s where COX comes in. The work we do to create world class sporting venues is all centred on the fan experience, the social experience of being at the match.

The MCG and the SCG, both national temples of sport, underwent significant redevelopments designed by Cox Architecture in recent years. These redevelopments created modern stadia with the facilities and experiences fans, and operators, demand. We can see the issues at play clearly in the case of Optus stadium, opened in Perth in time for this year’s AFL season.

The Australian reported on July 7 2018 that ‘West Coast are on the brink of becoming the most popular home team in the AFL thanks to the new Optus Stadium [designed by HASSELL, COX & HKS). A huge increase in spectator attendances at the new Perth ground puts the Eagles just behind reigning AFL premiers Richmond, who play at the MCG’.

As Optus Stadium CEO Mike McKenna said: “The state government designed Optus Stadium with a clear focus on delivering a ‘fans first’ venue, and from the day we opened the gates, the fans have flocked in,” he said. “It has fundamentally changed the event day experience for AFL fans.”

Amenity matters. Comfort matters. Choice of experience to suit every budget matters. Match experience matters. Good transport links and plenty of places nearby to eat, drink and play matter. The time and consideration, the depth of experience we put into designing sporting venues, creates places people want to be. And for clubs and operators this means more time spent at the venue, and more revenue.

Australia leads the world in stadia design providing a unique fan focused environment that is geared towards the social aspect of attending the footy. It is through the evolution of stadia design in Australia over the past twenty years that has transformed the countries sporting infrastructure to be the envy of the world. Our recent successes at the MCG, SCG and Optus Stadium have been built on this experience reinforced by the continued ongoing success of the sports we hold dear. 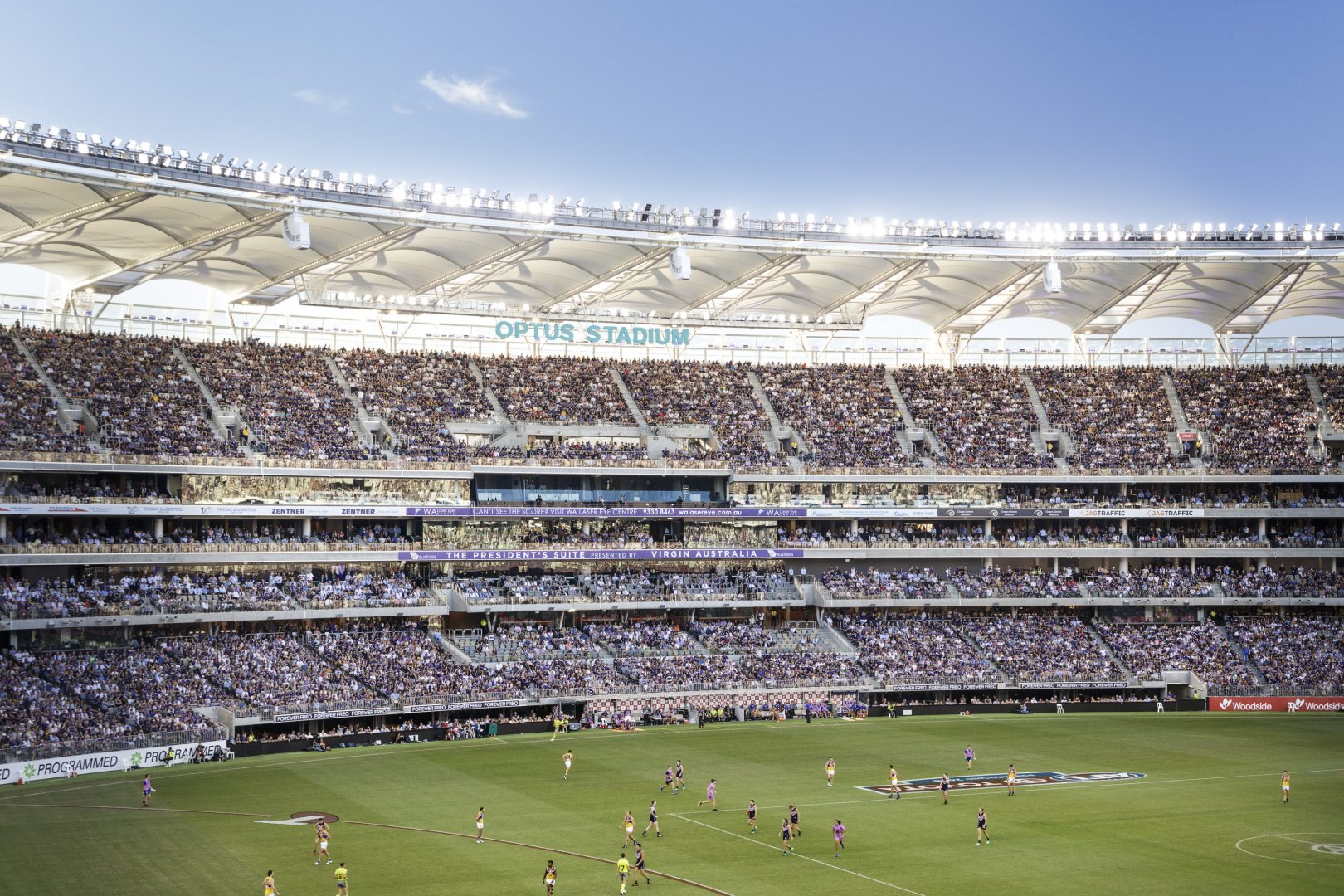 Through my years at the helm of the AFL we transformed the sporting infrastructure of the country. With the redevelopment of the MCG, SCG, Adelaide Oval and more recently Optus Stadium we set the foundation for the ongoing financial, cultural and sporting success of the clubs that make up the AFL. Cox Architecture have been at the forefront of the development of these venues and helped the AFL realise its dream of cementing its place as the most successful sporting code in Australia. This years finals series and record crowd attendances are testament to their dedication, innovation and creativity. 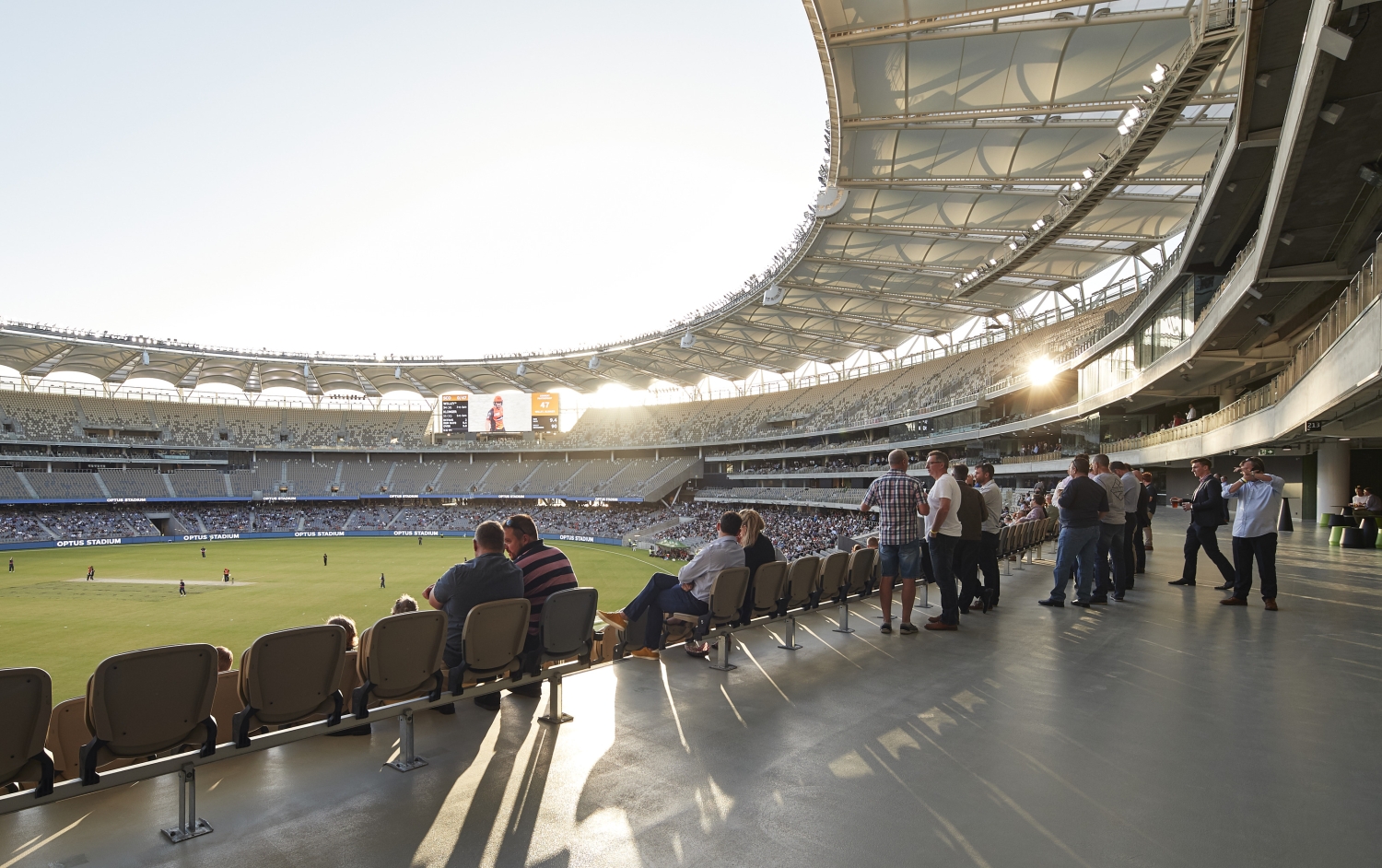