This week 13 of our number joined the Director’s table in recognition of their dedication and contributions to our practice.

These elevations currently encompass Sydney, Canberra, Adelaide and Perth.  Melbourne and Brisbane appointments are to be announced later in the year.

As part of this process of evolution of the practice, Dr. Bob Meyer AM, Cox’s Head of Planning has been made a Fellow of the national practice. Operationally, his day to day duties will now be overseen by new Director, Lachlan Abercrombie.

While his operational duties might be reduced, Bob’s influence of the practice and the city of Sydney is undiminished. Bob’s unrivalled knowledge of the city’s history and complex contextual factors remain available and accessible to new generations of architects and planners within the practice and across the country.

And of course, Kieran Wong and Emma Williamson in Perth who have moved over from their founding roles at CODA to become full national Directors of Cox.

We have, of course, been celebrating this milestone for the new Directors and for Cox.  We hope you will join us in congratulating them, and in looking forward to exciting times for the practice. 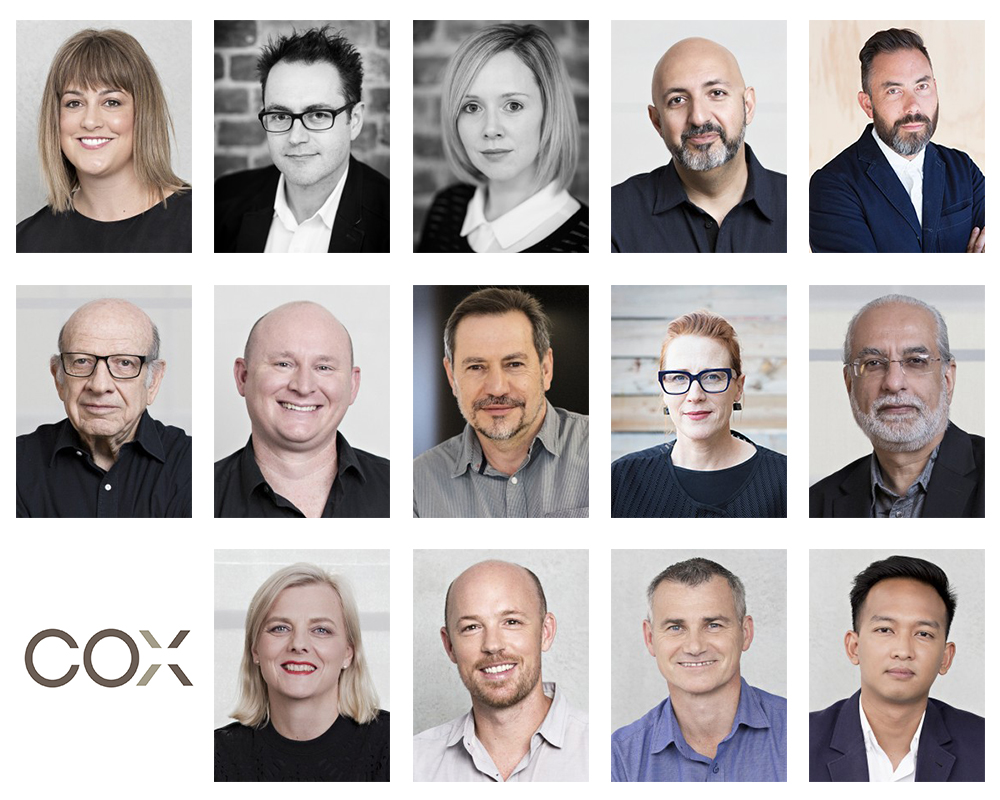