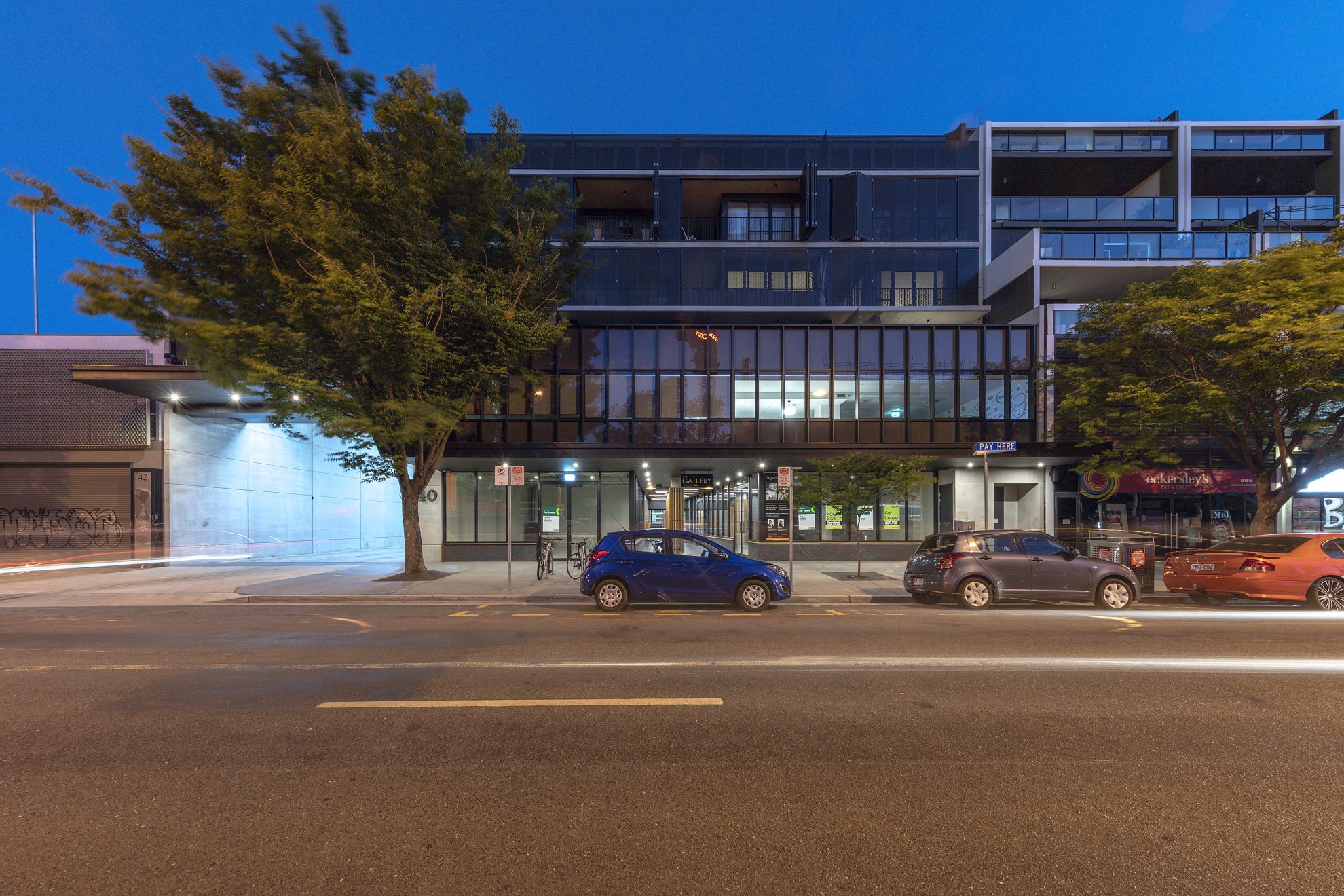 Found in an old industrial area going through a period of rejuvenation, The Gallery Apartments draw inspiration from their surrounds with a striking façade, raw materials and natural finishes.

The Gallery is a 54-unit development, perched atop two levels of commercial space. The apartment building features a range of one and two-bedroom, single level apartments and several one, two- and three-bedroom double-storey lofts.

The Gallery was built in Braddon, an area with deep seeded roots in industrialism. Its heritage developed the look and feel of the front entrance and public areas.

Tinted glazing of the first floor conceals larger commercial tenancies behind. Operable perforated metal screens present an animated surface that can also handle the intensity of the western sun.

The project aimed to break away from the straight-jacket of traditional central corridor models – often associated with multi-unit buildings. The building is split in two sections on the residential level which creates a more dynamic circulation space.

Open to the sky, the central atrium performs as the building’s lungs – allowing all dwellings to be naturally lit and ventilated from two sides. This provided opportunity to create more compact apartment layouts and increase the site’s density without compromising access to natural light and air. 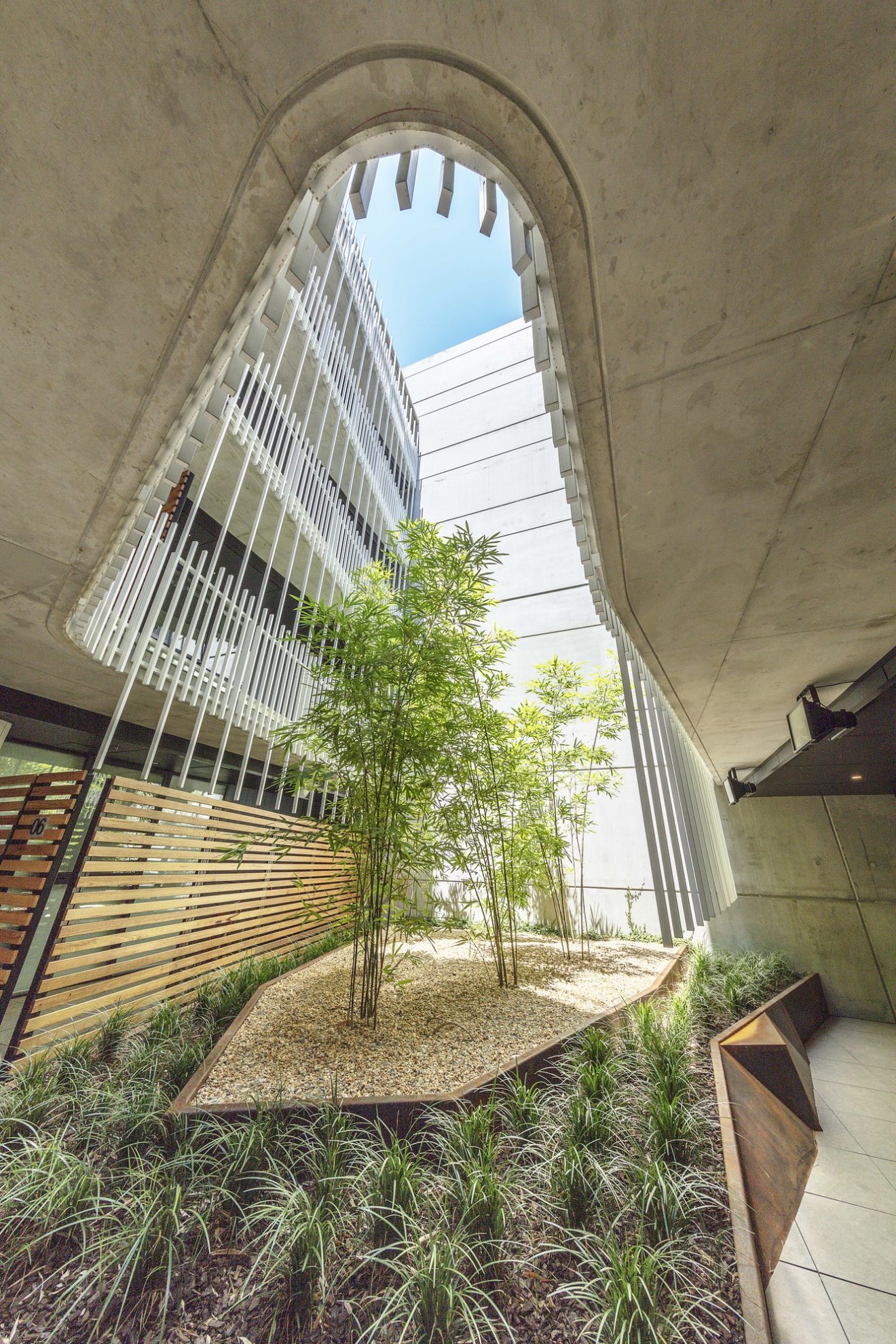 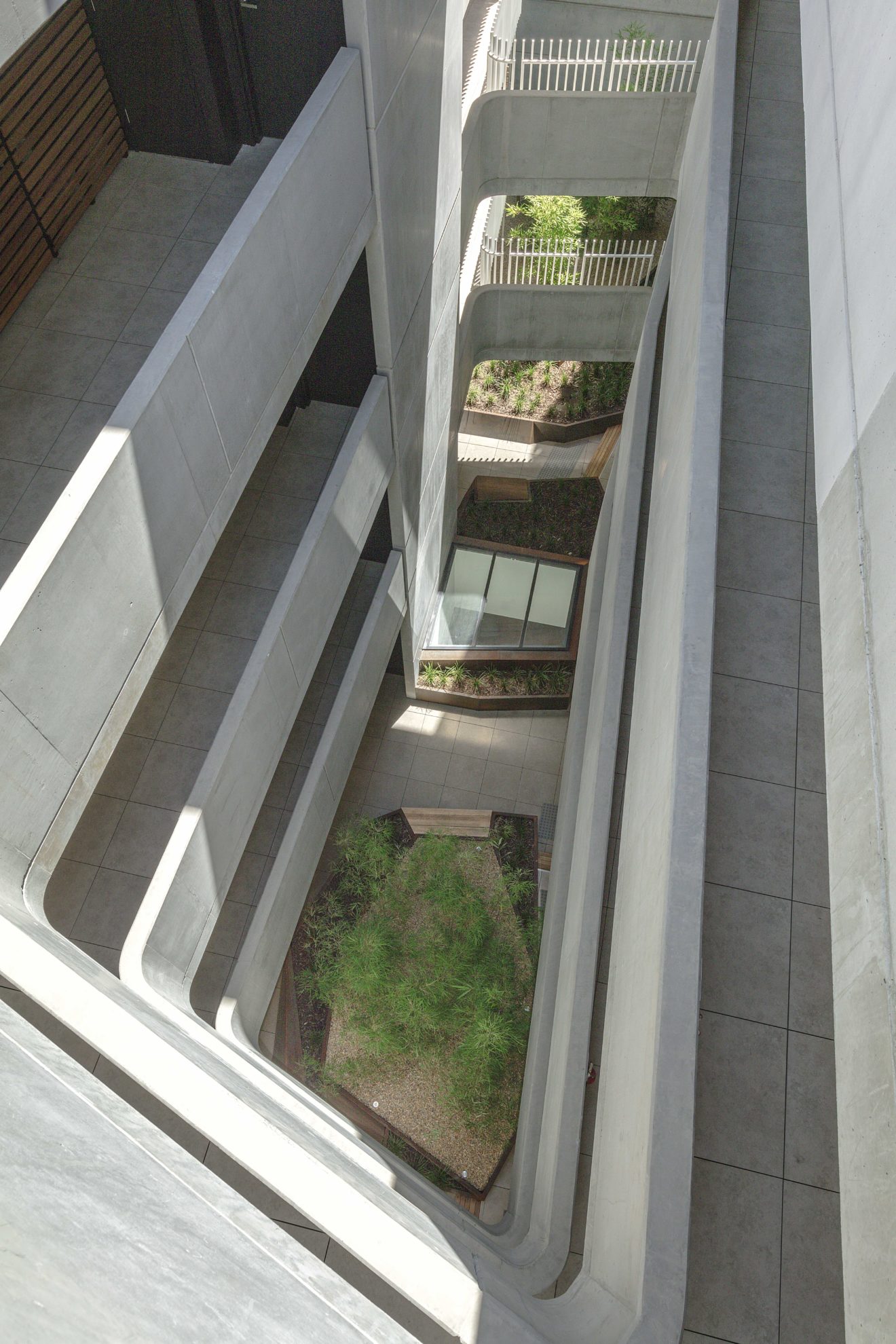 We questioned the way in which apartments are designed and looked to see how we could improve the liveability and amenity. The internal atrium space is stunning.

You have this big open space from the lift and then you get to your apartment by a bridge way, rather than a corridor. 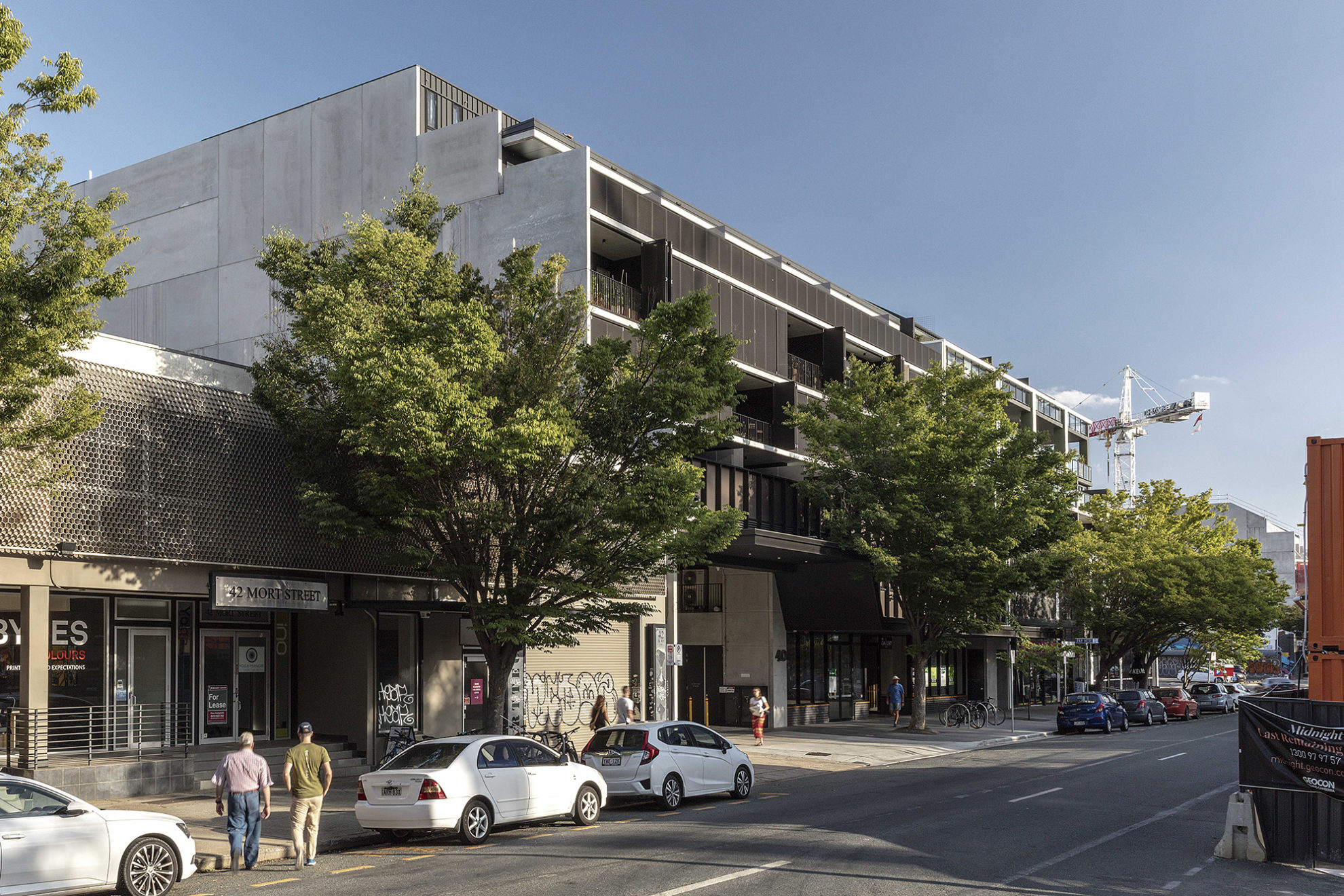 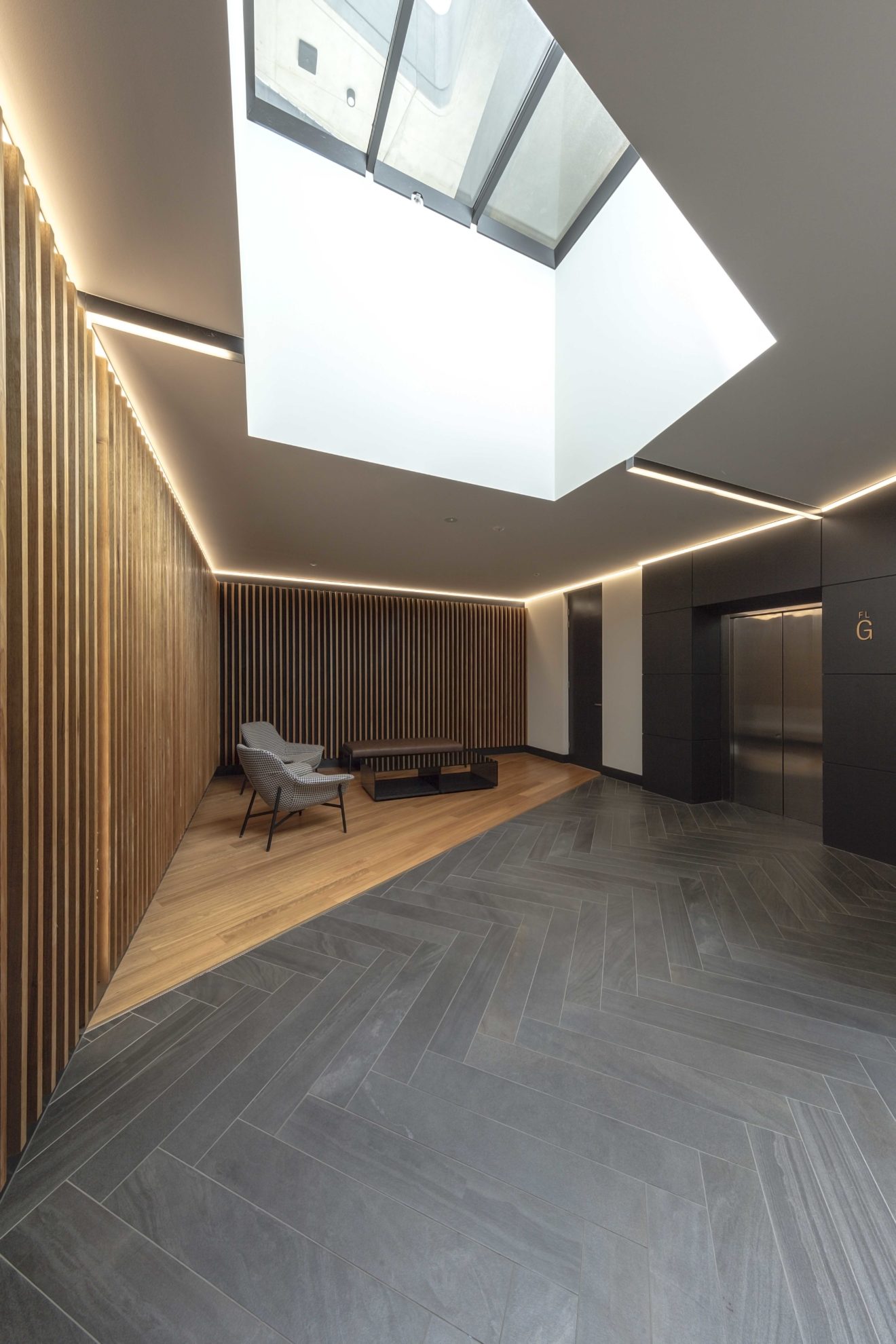 An additional layer was introduced to create a divide between semi-public central spaces and the apartments. This layer was designed as a series of semi-transparent walls, built from a combination of timber and metal battens that provided both privacy and security without compromising access to natural light.

The central spaces more expressive geometry echoes what is found in the public spaces of the ground floor. It contrasts the orthogonal geometries of the private spaces. These elements celebrate circulation spaces as opportunities to create spatial interest through light, form and materiality and embraces the social aspects of high density living – giving attention to spaces that support encounters between residents and visitors.

The complex is bound by existing buildings on three of its four boundaries. The main address facing Mort Street presents a horizontally stratified façade which suggests the hybrid uses that lay behind. The ground floor is arranged around a quasi-arcade surrounded by retail and commercial tenancies that lead to the residential lobby and public carpark.

The Gallery stands as an alternative model to the myriad of buildings being built within Canberra’s ever-transforming Braddon precinct. 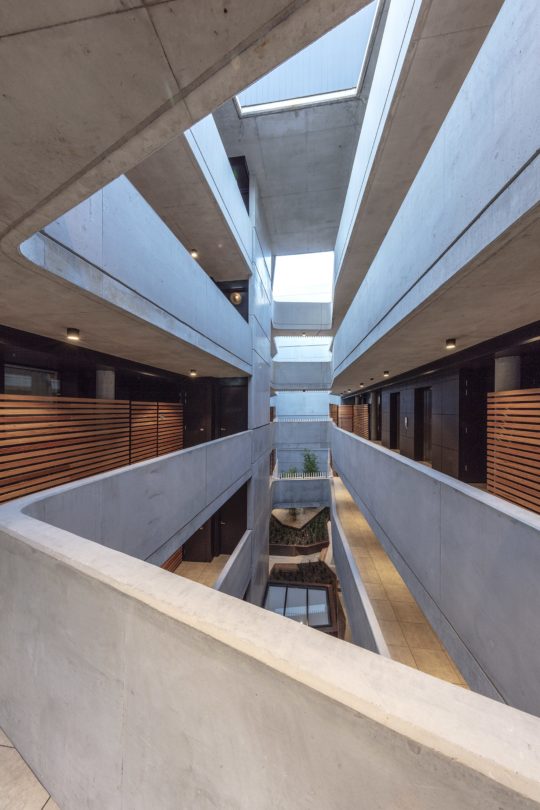 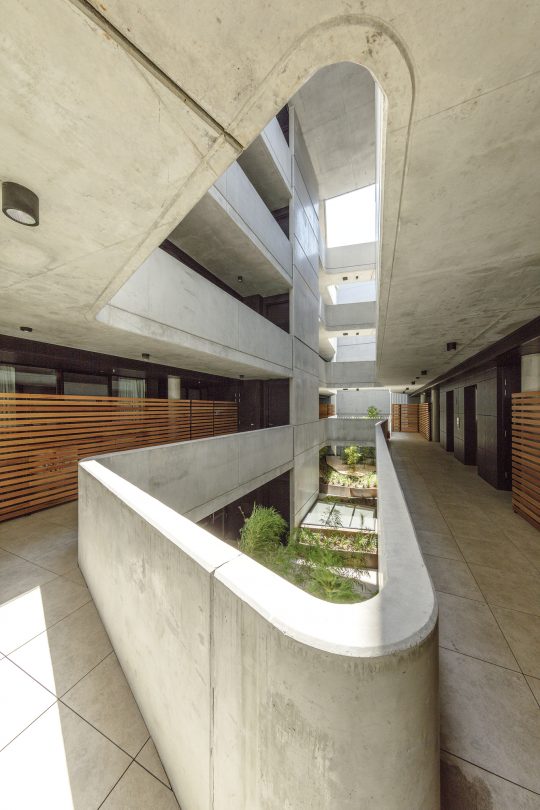 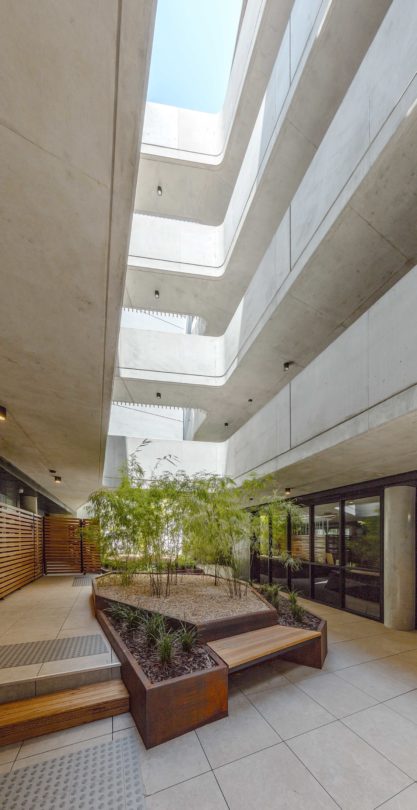