Communities: That’s What We Want 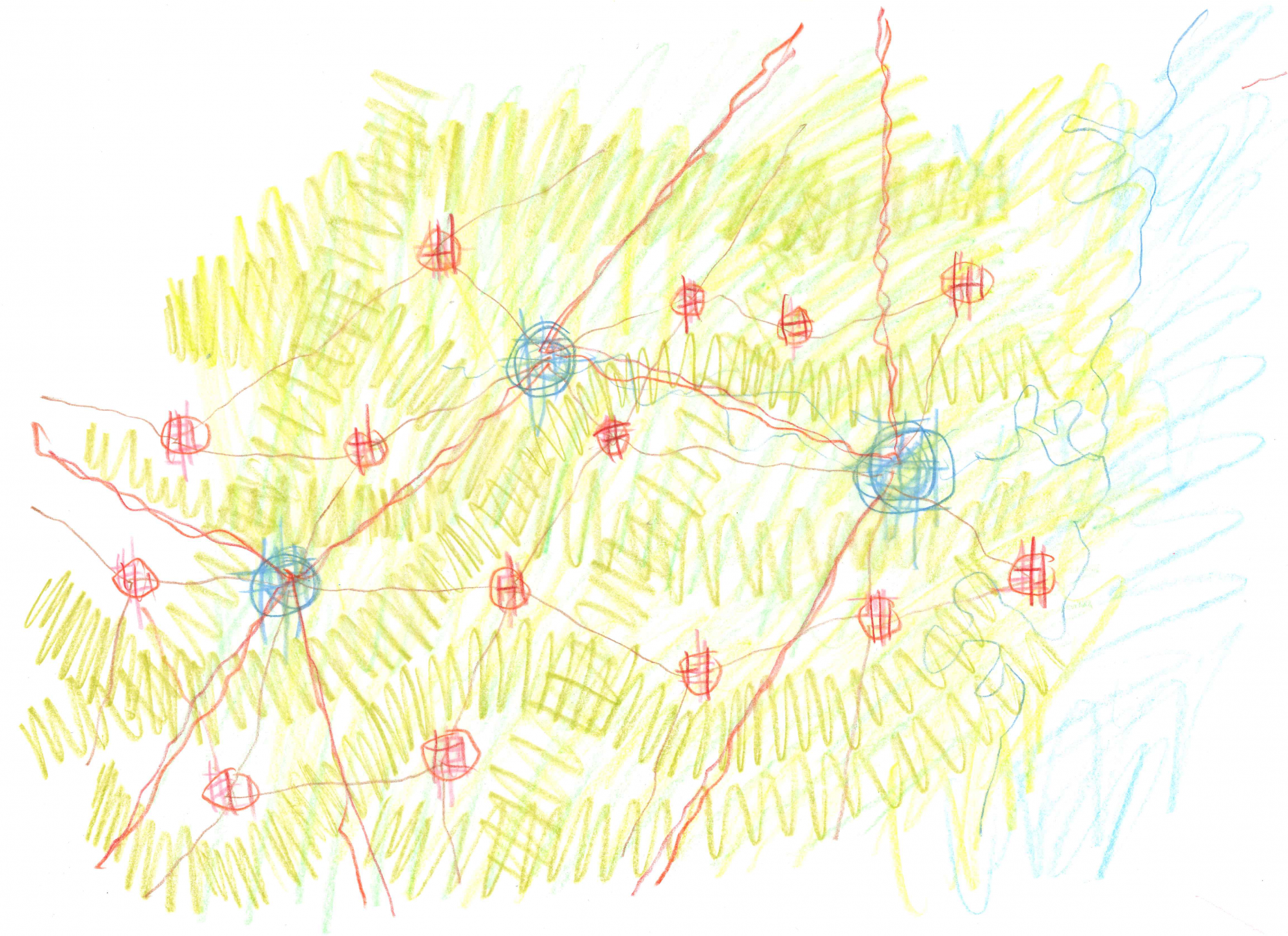 From the origins of human settlement, developing urban systems has been integral to building functioning societies. Diverse cities and communities ensure that our biophysical, ecological, social, and economic drivers are all met.

Some would argue that the city is, in fact, our greatest invention.

In Roman times the establishment of Cardomanus and Decumanus set the model for ancient settlement, where various elements of urbanity began – the development of ‘public life.’ Similarly, the pursuits by the Chinese in Chang’an principles showcase the importance of creating a sense of togetherness through collective urban constructs.

Following the industrial revolution, the centered city continued to gain momentum as a place of commerce and connection.

This isn’t to say that this approach to urban living wasn’t countered. For example, Sir Ebenezer Howard’s garden city movement in the early 20th Century advocated for smaller village-scale living. Albeit successful in some landscapes, this movement, and others like it, never challenged the now accepted centralisation of major city urban form.

In parallel to these architectural developments, the 20th Century saw the invention and dominance of the motor vehicle. Whilst a profound advance in mobility, the impact on the way we lived was equal in the negative. We walked less, drove to work, and generally spent more time in vehicles than in community.

By the latter part of the 20th Century, North American Urban Theorist Peter Calthorpe was developing the ideals of transit-oriented development (TOD). These communities could be created around traditional principles, based around walking distances of 400m, to encapsulate the needs of diverse communities. Importantly, TOD connected communities with fast, contemporary models of primarily public, but also private, transport. Green belts were maintained in between these communities allowing riparian habitats to remain. 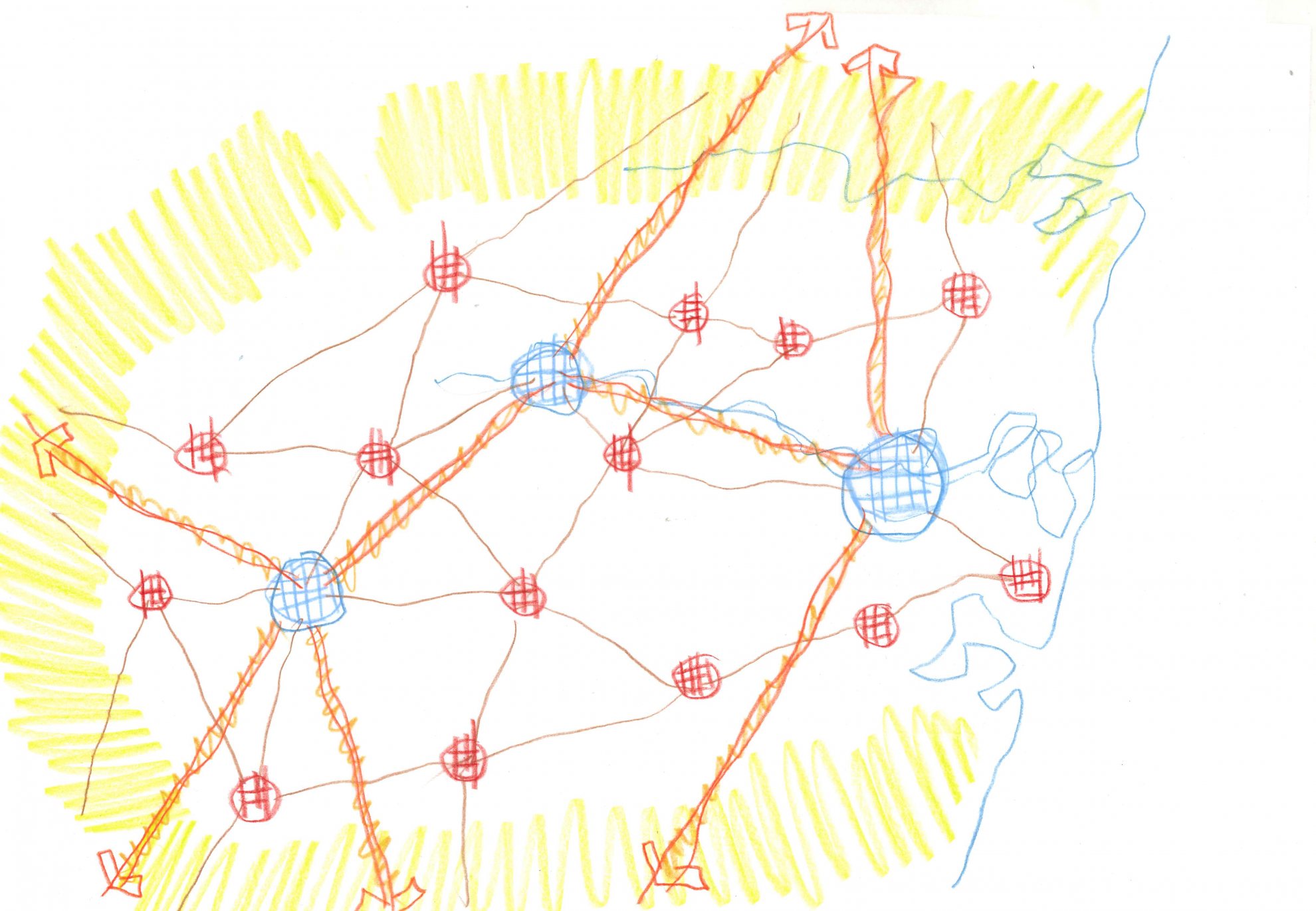 Over the last 10 years, the City of Sydney, led by the Greater Sydney Commission, has set out a long term vision for Australia’s largest city where the reliance on a CBD has been softened. A move towards a polycentric city addresses imbalances of commuter distances and the fundamental issue of providing employment closer to where people choose to live. This approach focuses on the existing harbour city in the east, the river city centred around Parramatta, and the western parkland city planned around the new Western Sydney Airport. This ‘remodelling’ will change the shape of Sydney’s growth over the next few decades, influencing decisions around business locations and employment – heavily impacting residential trends.

Sydney’s public transport system, based around rail, will allow greater amenity and convenience closer to peoples place of residence.

Set this against the events triggered by the global pandemic. In Sydney, and most cities around the world, communities were asked to work from home, keep smaller areas of movement and contact, and in some cases isolate.

What we’ve witnessed is that many people enjoyed the experience of finding their communities again. Walking to school, having more time because the commute was on hold, shopping locally, and exercising in community.

Lessons of community planning can be found here. Not all bad comes from the recent global pandemic. With sensible long-term strategies we can implement a successful polycentric approach to major city-centres. These communities can be woven in-between major cities, allowing a hierarchy of movements and uses. A somewhat salt and pepper approach to the way we experience cities. Major facilities, such as primary civic amenities, can be co-located in major centres, leaving communities to function on a granular scale, encouraging walkability and connections, all linked by efficient lattice networks of public transport.

A balanced polycentric city provides opportunity and celebrates the fundamental tenets of community and people. That’s what we want.