Amanda Stuarts’ connection to nature is almost tangible in her work, Mongrel Country (echoes), which opens at the Cox Gallery in Kingston on Friday September 1st.

Looking at the relationship between outsider species, the sculptural works feature a pack of almost extraterrestrial dogs, caught mid-sprint.

“Broadly, my visual art practice explores human relationships with the Australian natural environment, and has a particular focus on outsider species”, explains Amanda.

“An earlier degree in land management and the natural sciences enabled me to pursue my passion and work as a park ranger in various national parks and reserves in New South Wales and Tasmania. This profession gave me some rich experiences and insights observing firsthand the conflicts that can exist between humans and native or feral animals. Such observations were crucial in developing my fascination for species that are perceived as repugnant, dangerous or as vermin by humans.”

“Mongrel Country dealt specifically with tensions between farming communities and wild dogs and dingoes in south-eastern Australia. It manifested as a sculptural ghost pack of forms derived proportionally from deceased wild canines in this region.

“This eerie pack, emaciated and restless, reflected sculpturally upon the ways that the farmer and the wild animal are bound together – particularly when territories collide. Made from tannin soaked farmers‘ pyjamas and bed linens, they refer to sub-conscious relationships. They aim to promote dialogues which are informed by shared histories, and quietly meditate upon relations with country.”[/vc_column_text][/vc_column][vc_column width=”1/2″][vc_images_carousel images=”5474,5476,5477,5472,5478”][vc_column_text]Amanda Stuart’s Mongrel Country is exhibiting at Cox Architecture in Kingston, Canberra from Friday September 1st to Sunday October 8th. 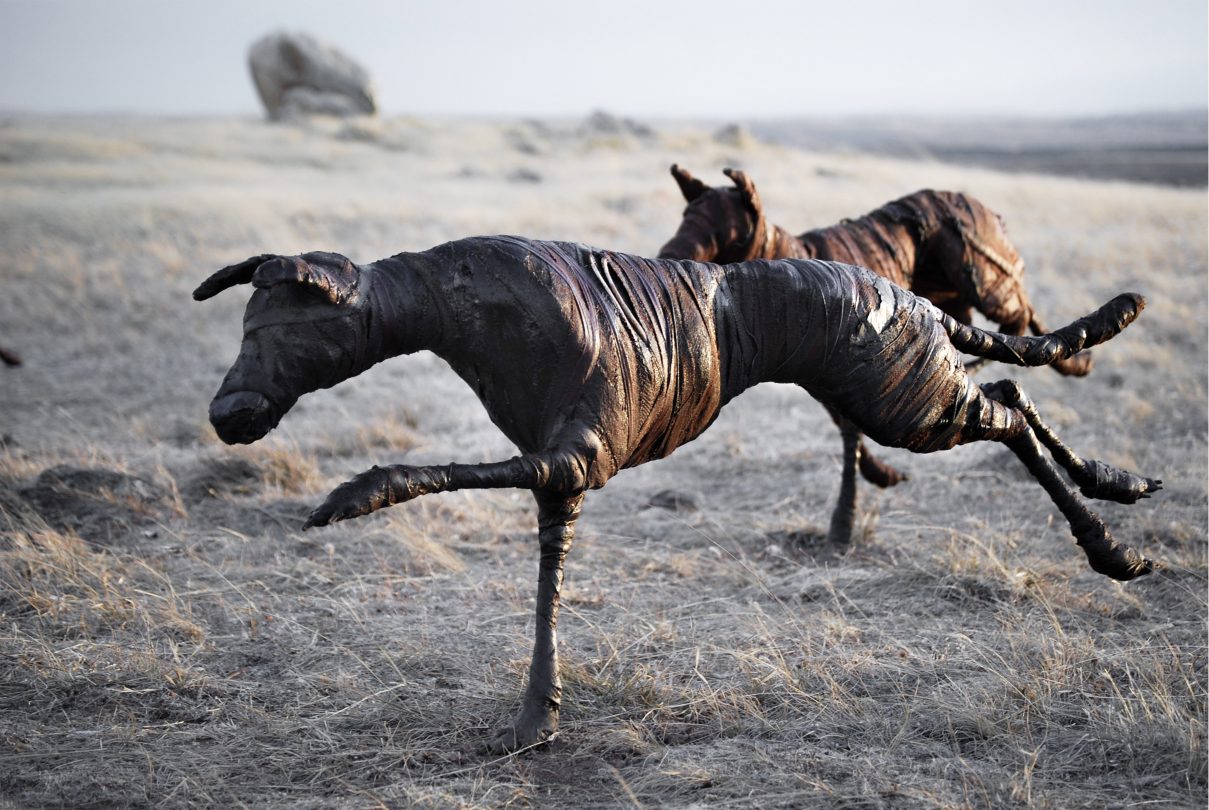 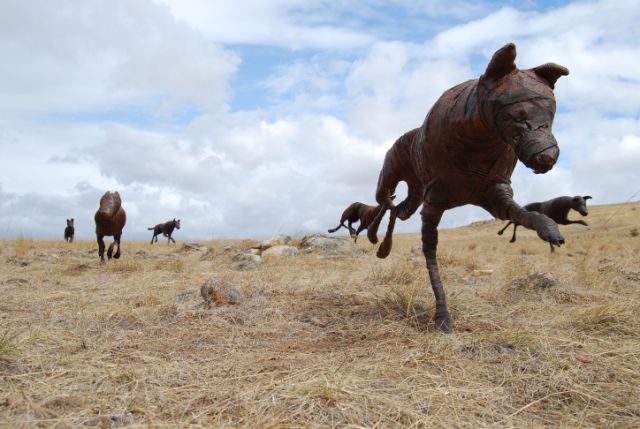 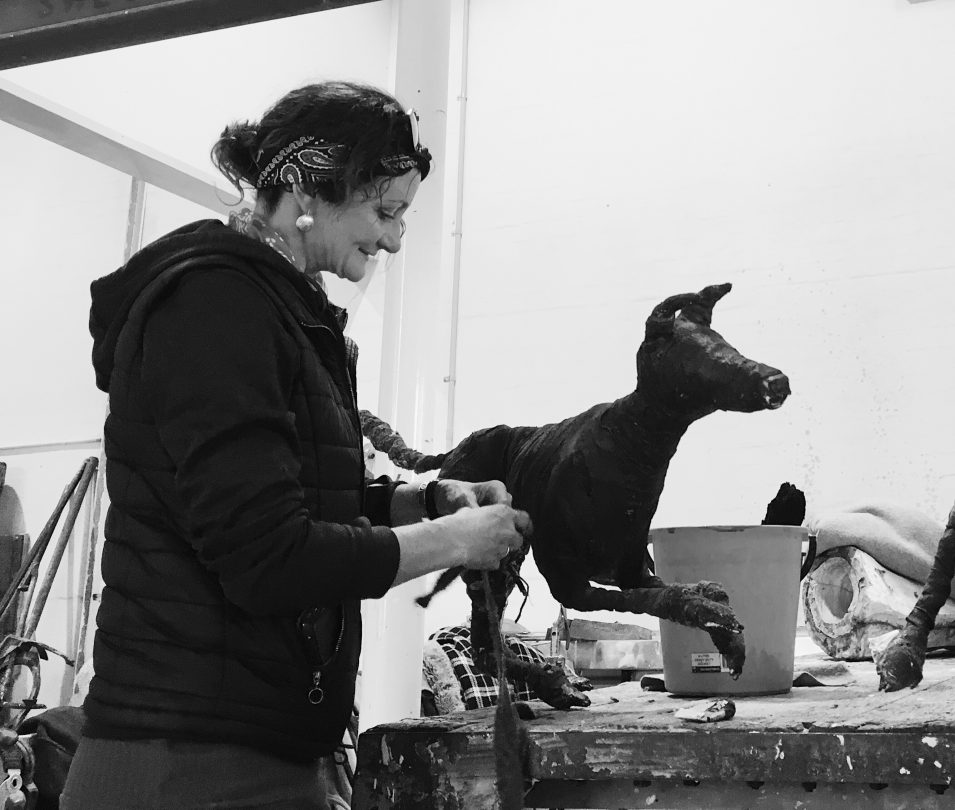 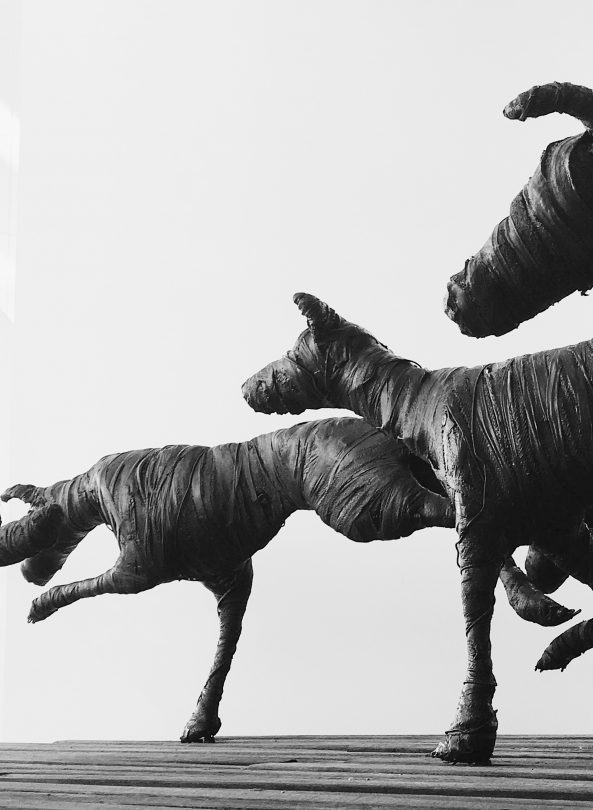 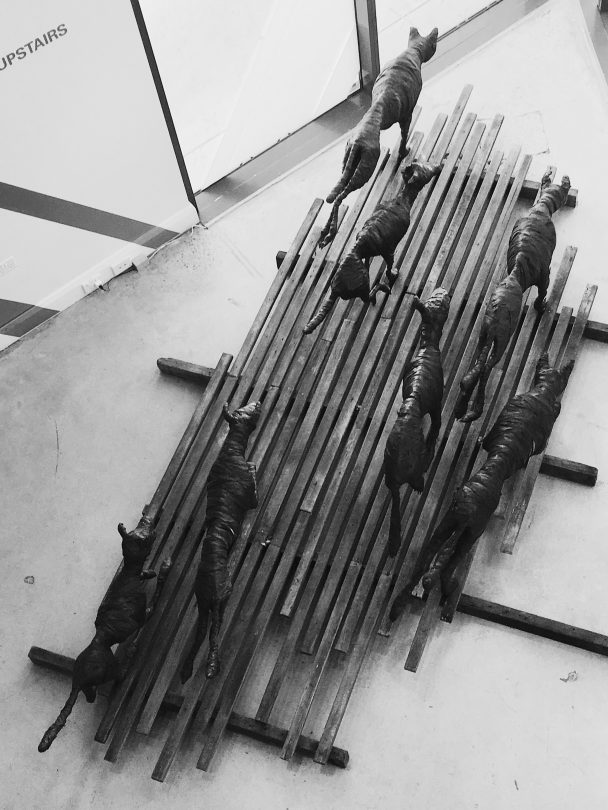