Cox Architecture Director Richard Coulson looks at how Cox designed three versatile venues for communities + elite sports ahead of the 2018 Commonwealth Games. [/vc_column_text][vc_column_text]Sport is a fantastic part of our lives. It is participatory, recreational, competitive, and entertaining all in one. While some sports require vast amounts of territory and complex infrastructure, others can occur wherever kids decide they occur.

Designing sporting venues requires careful consideration of these elements with the enduring objective to always celebrate the joy of movement and that special spectator atmosphere.

Sports infrastructure however competes with arts, cultural, transport, health, research, and education for funding. Like most public endeavors, there is always limited funding and the requirement to demonstrate value.

The 2018 Gold Coast Commonwealth Games is no exception. The Games were secured in an environment of increasing awareness of the capacity for large international events to cripple cities and leave long trails of debt.

There is significant evidence of venues from recent major events like the Olympic Games and World Cups falling into disrepair quickly after competitions conclude, either by lack of maintenance, lack of functionality, but ultimately through lack of use.

Cox Architecture has recently designed two venues for the 2018 Games, (a third venue, the Cairns Convention Centre designed in 2004, is also being used).

The Anna Meares Velodrome and the Gold Coast Aquatic Centre, (named throughout the Games as the Optus Aquatic Centre) are both designed to deliver an unparalleled sporting atmosphere for the two weeks of the Games as well as for many years to come. They each have their own unique approach to demonstrating excellence, value and ongoing community benefit.

Cox Architecture won the competition for the Anna Meares Velodrome, situated in the Sleeman Sports Complex at Chandler in December 2013.

The Complex included an original but outdated concrete Velodrome from the 1982 Commonwealth Games. Cox designed the new Velodrome to align with the updated international standard cycling lengths and technologies. World class velodromes now have timber tracks and are enclosed stadia to protect the track, allowing all weather riding and control of additional climatic conditions including wind and light. The track itself is an amazing piece of joinery, and its craftmanship is an inspiration for the entire building design.

The Anna Meares Velodrome has been described as “Game Changer” for the sport in Queensland and already holds national records.

While our strategy to ensure the longevity of the Velodrome revolved around enclosing and preserving the track, our strategy for the Gold Coast Aquatic Centre was to bring the main pools outdoors, enhancing the usability, sustainability, and general enjoyment of the outdoor venue.

Working with the client, we saw that adaptability was the key element of the project.  The elevated concrete decks were central to executing this strategy. The challenge was to do so in a configuration that supported the requirements for a fundamental change in operations between the community venue and the event venue. The venue has an even more dramatic change of profile than the Velodrome between its daily use and the Commonwealth Games event; moving between a 1,000 seat and 10,000 seat condition.

The venue operates across a range of high performance for Australia’s elite swimmers and divers, and receives almost water park-like unbridled enthusiasm from locals. Recently, The Australian reported patronage had risen from 170,000 a year to 589,000 in 2016-2017.

Both venues have a great potential for joy, longevity and community value.  They have been a delight to be involved with and provide strong guidance for our future work.

South East Queensland has the interesting history with the 1982 Brisbane Commonwealth Games still resonating as a turning point in the city’s maturity. With the Gold Coast as one of Australia’s fastest growing cities, the imminent Games are sure to have a similar catalysing effect.

Thirty-six years on, the sports remain largely the same but the infrastructure and strategy behind the infrastructure could not be more different. It is with this reflection in mind we design versatile, functional stadia that serve multiple groups, purposes, and most importantly, their local communities. 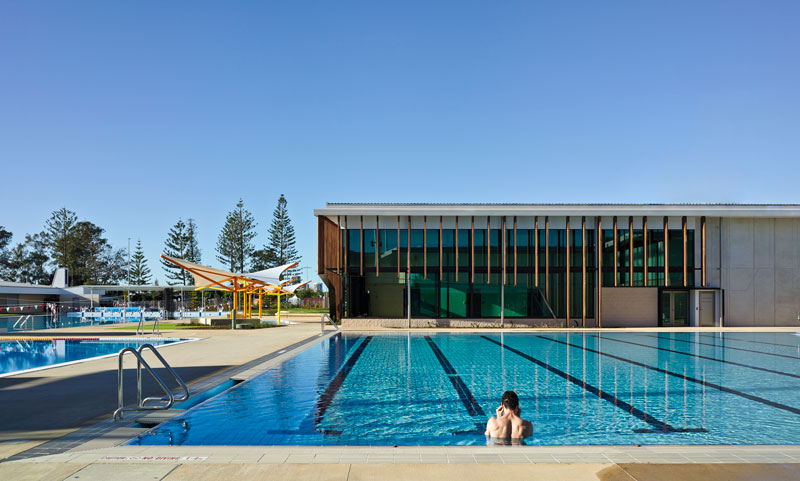 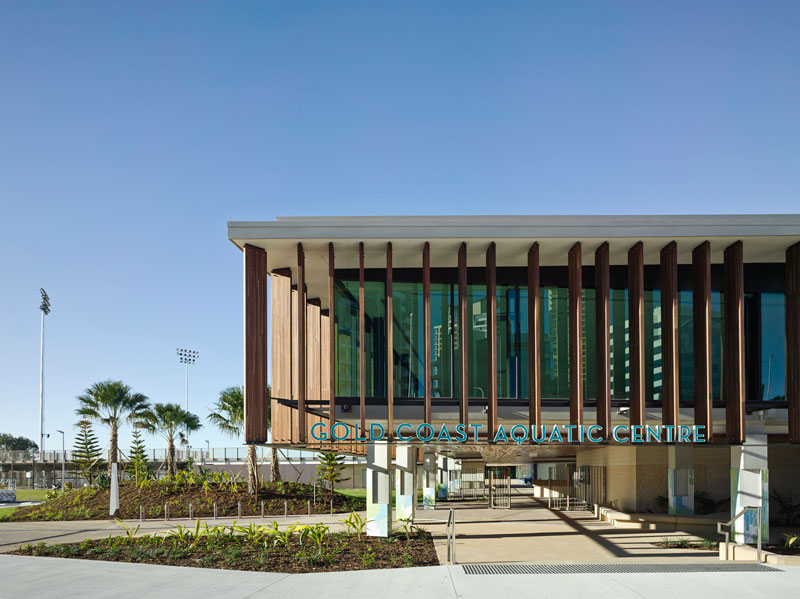 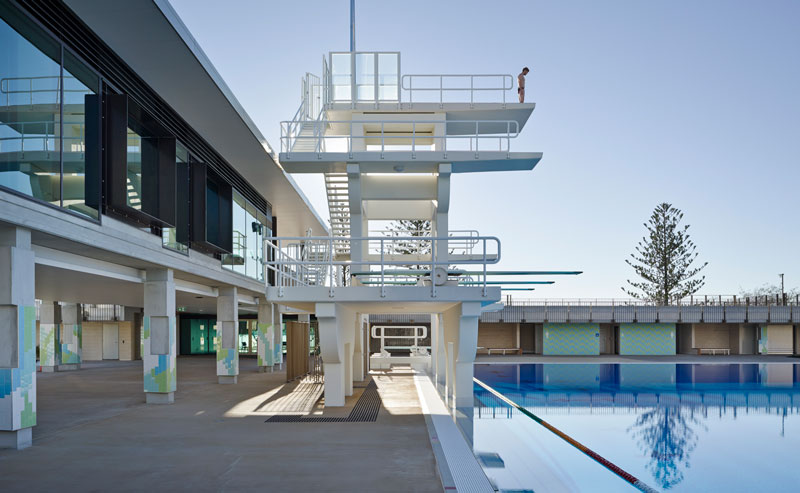