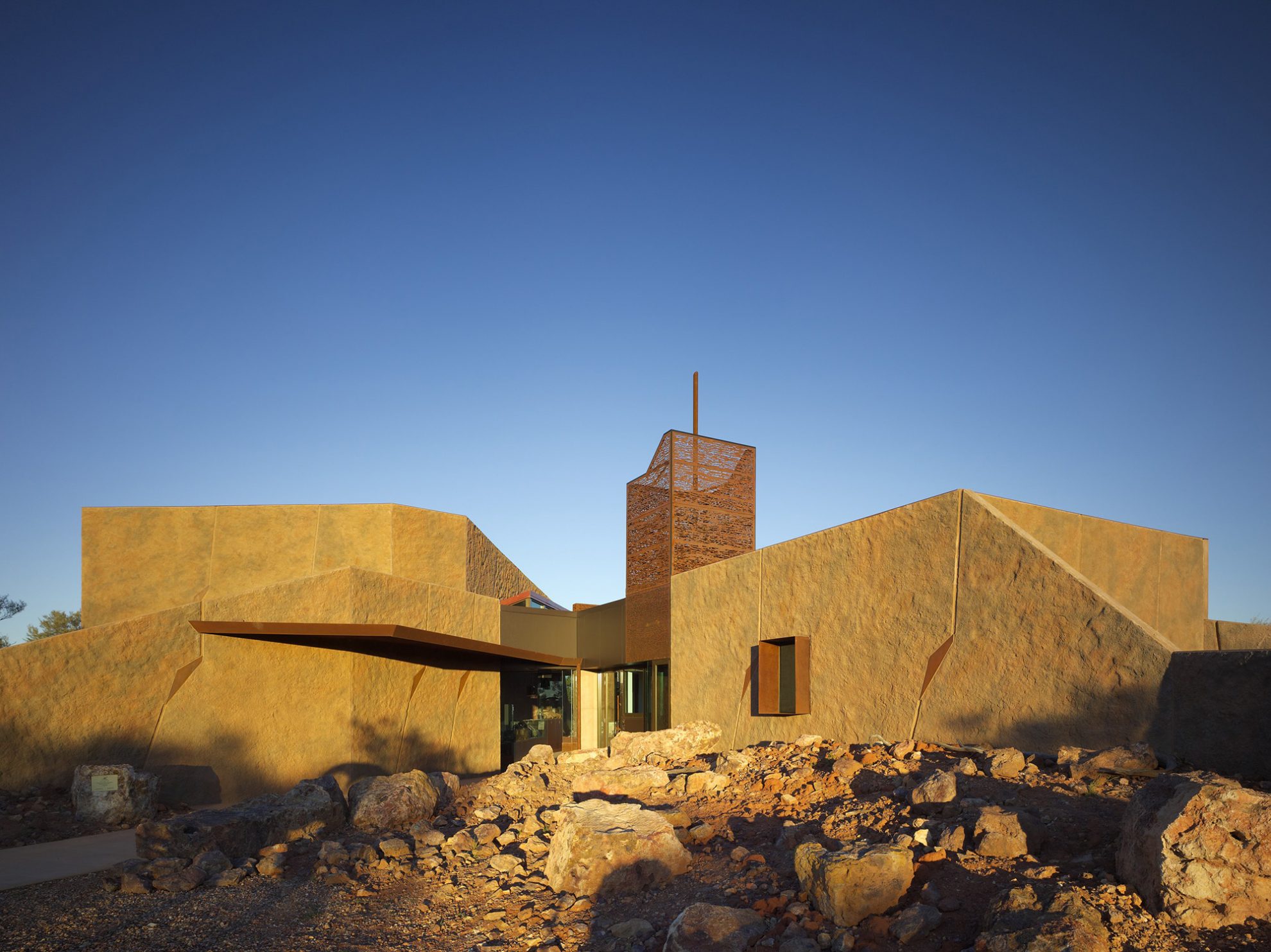 The township of Winton may be small – but this outback town in Queensland is home to huge amounts of Australian history.

In 1895, Banjo Paterson penned the iconic ballad Waltzing Matilda at a cattle station in the area. In 1920, the famous airline QANTAS was born at the Winton Club.

In 1999, David Elliot discovered the fossilised bone of what was, at the time, Australia’s largest dinosaur at his property near Winton. The town has now earnt the title as the dinosaur capital of Australia.

Despite these impressive claims to fame, the town is relatively unknown – with a population of just 875 (Source: 2016 Census). But things are starting to change, with new tourism attractions bringing more people to the township.

What are these tourist attractions? Well, one is the Waltzing Matilda Centre – the world’s only museum dedicated to a song. The second is the Australian Age of Dinosaurs Museum, built by the community to celebrate the incredible stories of prehistoric Winton.

These projects, and this community, are close to our heart. Our involvement with the Winton community dates back over a decade, starting with the Australian Age of Dinosaurs Museum and gaining momentum with the re-envisioned Waltzing Matilda Centre. We are currently working on two new buildings for the Australian Age of Dinosaurs Museum – the Observatory and the March of Titanosaurus. 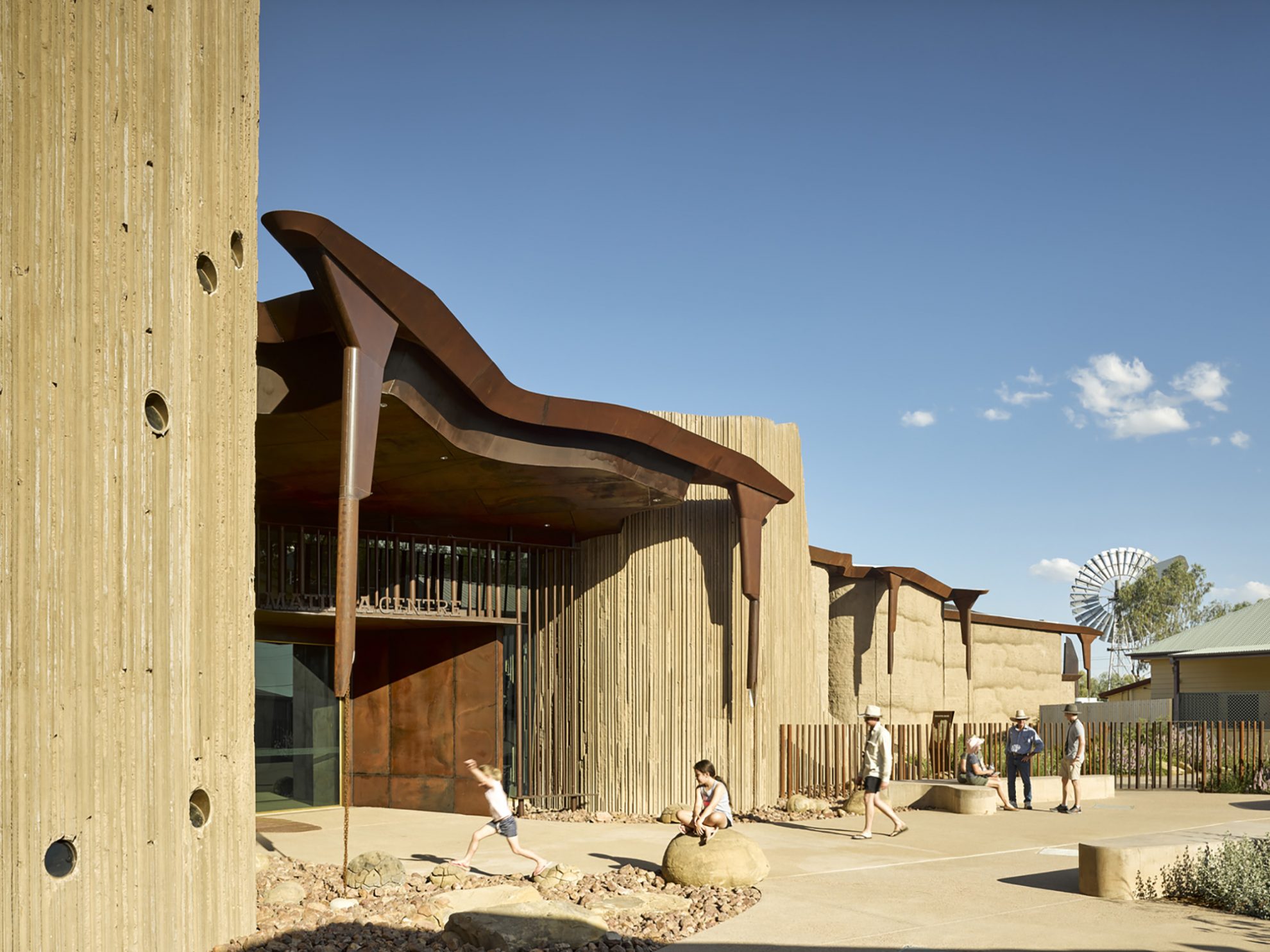 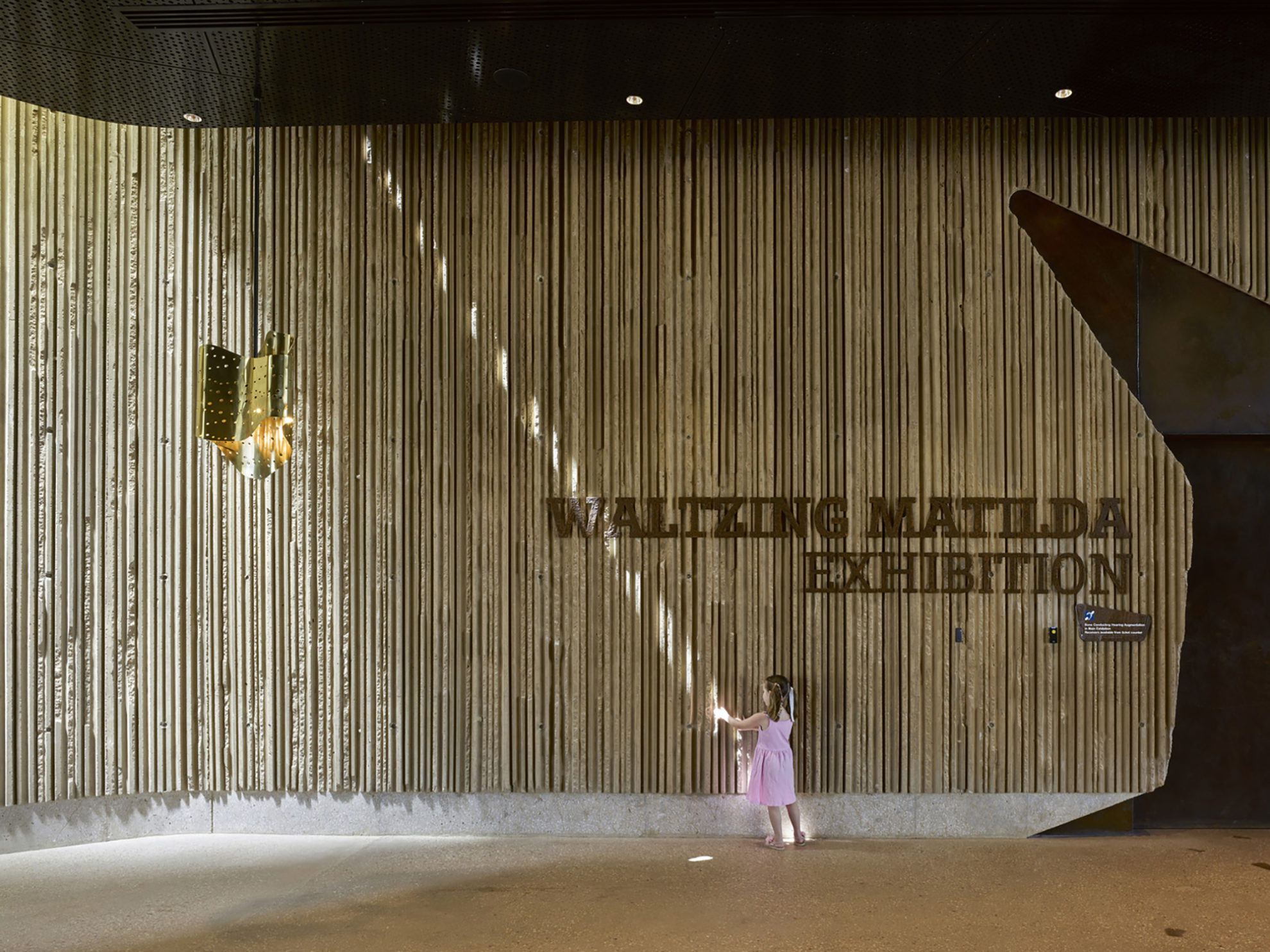 In 2015, the Waltzing Matilda Centre tragically burnt to the ground. In 2018, the new centre rose like a phoenix from the ashes of the original – the design an exuberant celebration of the famous ballad.

The brief was to house Winton’s extensive collection of historical artefacts, memorabilia and collateral pertaining to the song, it’s authors and the region. The design creates maximum effect in visitor experience by carefully crafting space and materials.

Accommodated within is a dedicated exhibition space, reading room, spectacular arrival space, gallery, retail outlet, tourist information hub and café. These functions are draped in a soft enfilade of forms around an internal courtyard, from where visitors can explore outdoor displays. The public functions of café, foyer and retail address the main street in a welcoming array. 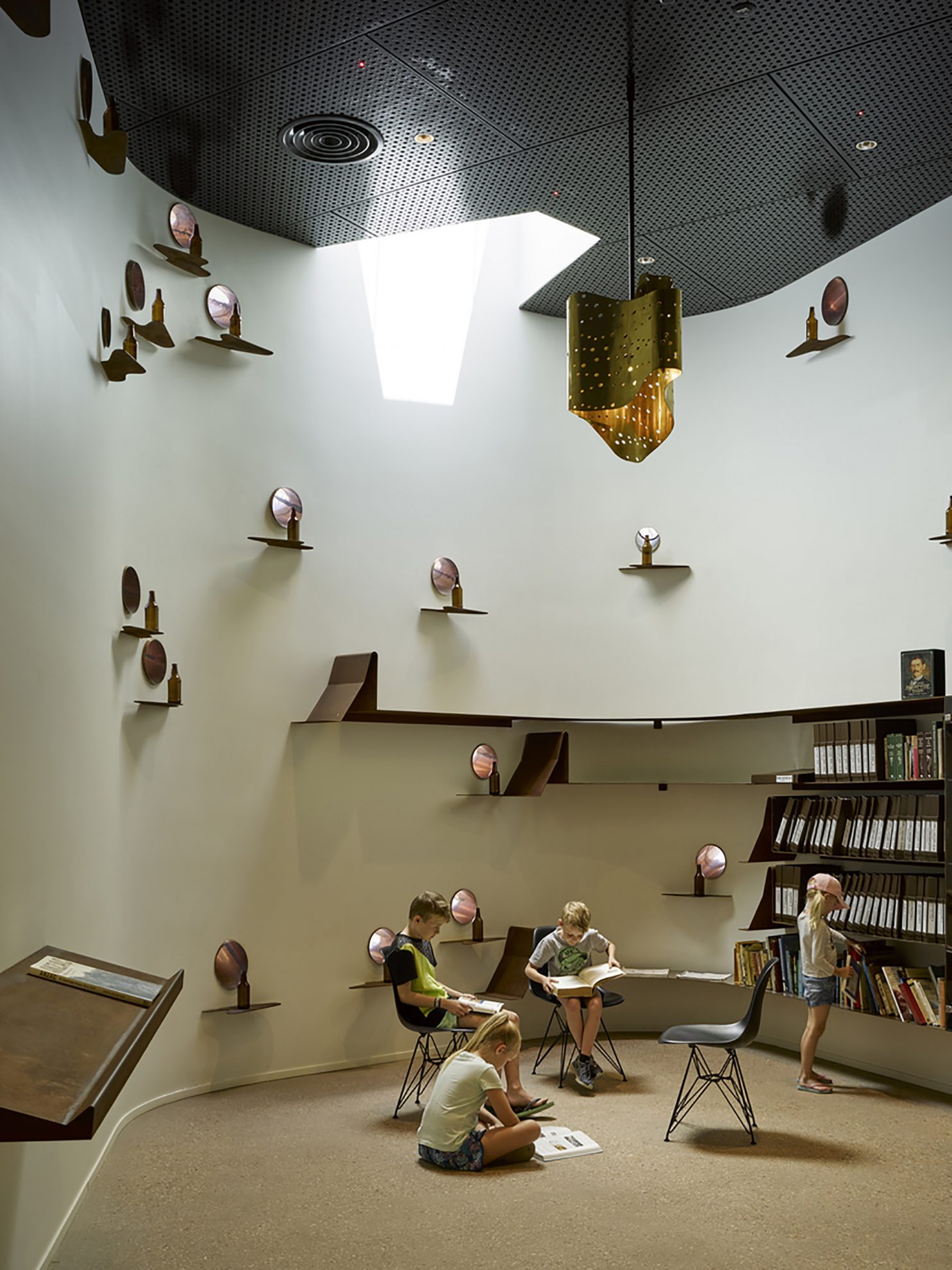 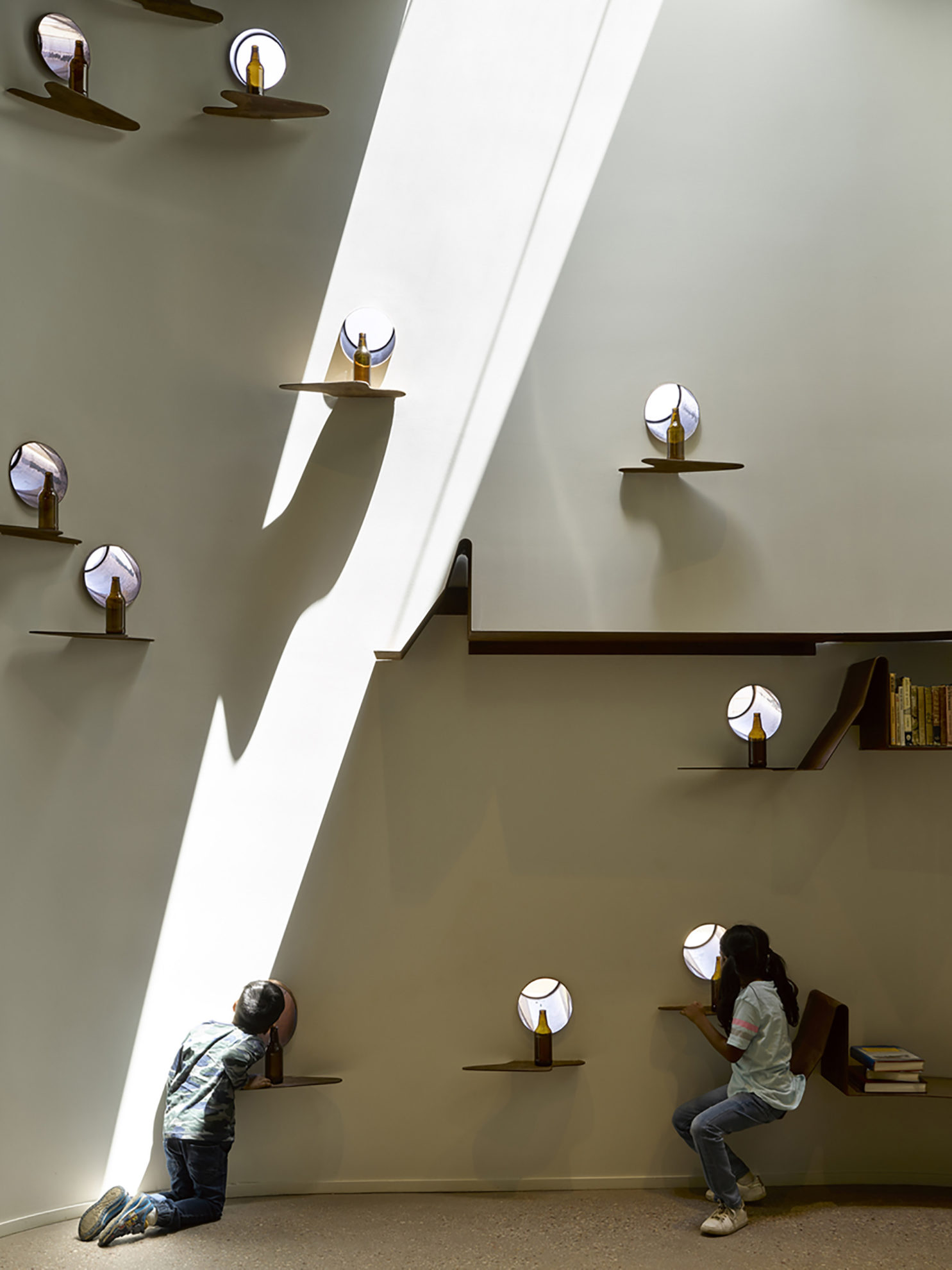 The Australian Age of Dinosaurs Museum was created as a space for visitors to witness one of the world’s most significant and cohesive dinosaur collections.

Twelve years ago, a cattle grazier David Elliot accidentally stumbled across 100-million-year-old dinosaur fossils while mustering cattle. Since, he has become one of Australia’s leading palaeontologists, engaging the Winton community in the excavation, assembly and conservation of large dinosaurs. These operations have helped stabilise Winton’s fragile farming economy.

The COX team were enthralled by both the project and phenomenon, jumping at the opportunity to design the museum, with the Elliot family and community to build it. The driving force for the Centre was to capture the essence of the ancient landscape and for it to combine visitation with interesting forms and spaces. 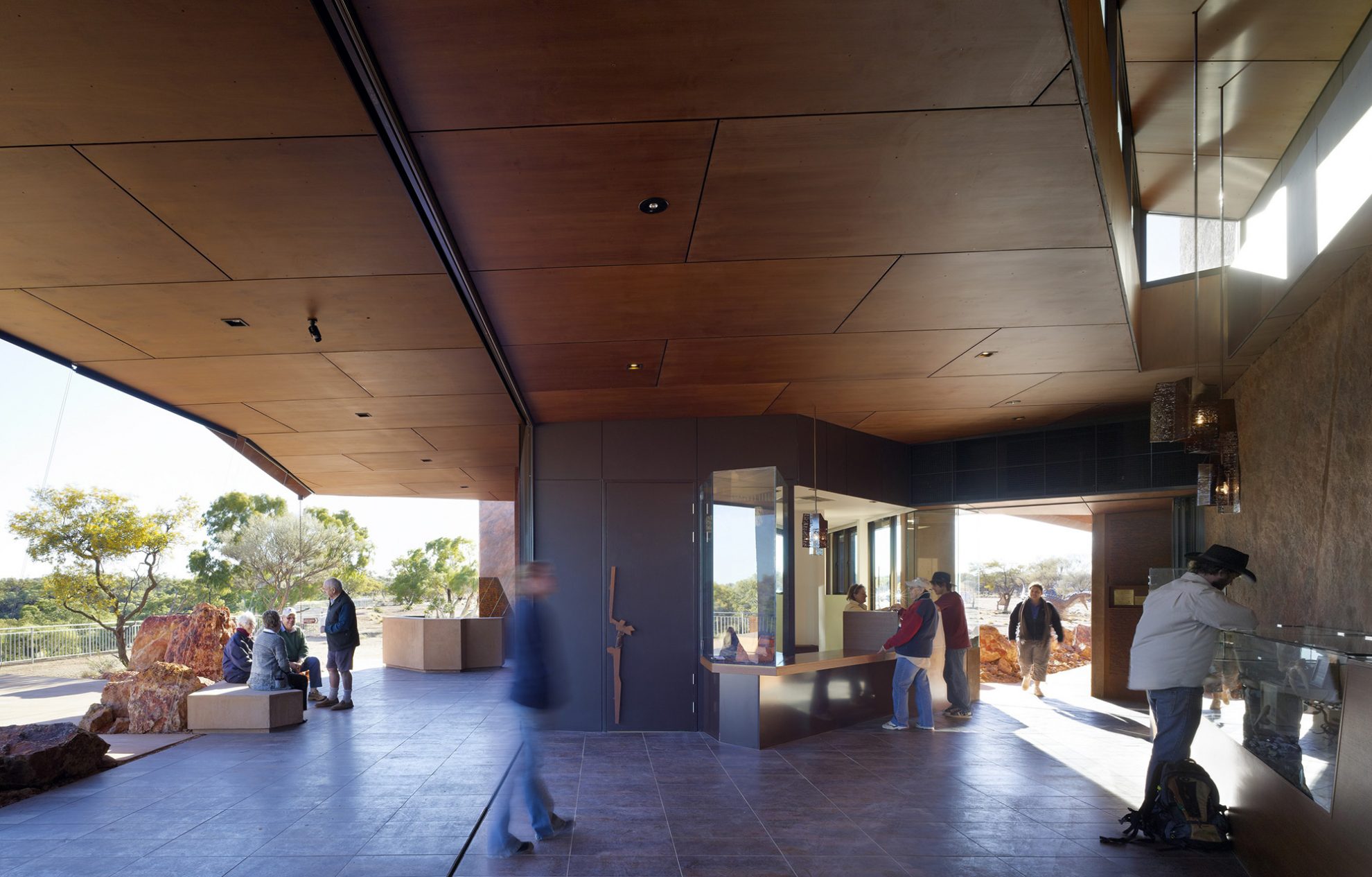 “Once a jolly swagman camped by a billabong…”

Winton is a town and locality in the Shire of Winton, 177 Kilometres northwest of Longreach and almost 1,400 Kilometres inland from Brisbane. The main industries of the area are sheep and cattle raising. However, modern downturns in the pastoral industry have forced residents to consider new economic opportunities.

And this the community have done well.

In 2018, the Waltzing Matilda Centre took home the New Tourism Business Award at the Outback QLD Tourism Awards, with Australian Age of Dinosaurs Museum being celebrated with the Best Major Tourism Attraction Award the following year.

The major impact for Winton is economic value, not only from the people visiting Winton, but for the employment that has been created. 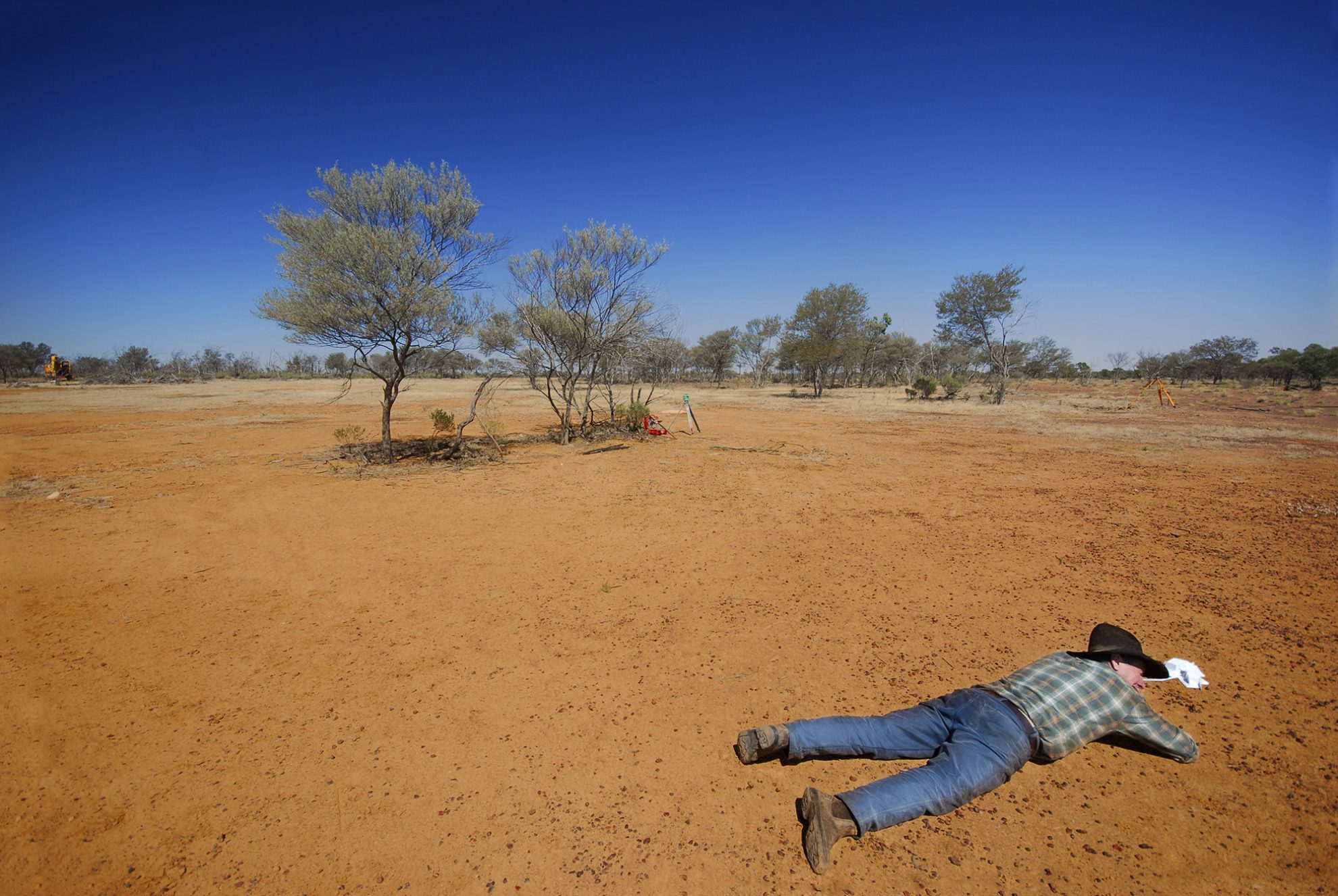 Don’t Just Take Our Word for It

You’ve been quickly introduced to David Elliot, the cattle grazier turned leading Palaeontologist who helped secure Winton as the Dinosaur Capital of Australia. But to gain a better understanding of how these projects have affected the community, we gave him a call.

Have you seen any changes in tourism in the region since the new Australian Age of Dinosaurs opened?

The Australian Age of Dinosaurs Museum was opened in July 2009 when a large shed was built on top of a donated mesa named The Jump-Up near Winton. The first full year of operation (2010) saw 12,000 visitors. Following construction of the Reception Centre in 2012 (which was designed by Cox Rayner in Brisbane), visitation climbed to around 18,000 visitors and this figure has been growing since. In 2017, the COX designed Dinosaur Canyon Outpost was completed which saw a large increase in visitor numbers with 34,000 people visiting that year. In 2018 a record 36,900 people visited the museum. The 2019 visitation was down due to the flooding disaster in February but still achieved over 36,500 visitors.

Has the Australian Age of Dinosaurs Museum influenced any other changes in Winton?

The Museum is now Winton’s largest employer (excluding local government) with 25 staff employed during the winter months. This has played a large role in keeping the region’s businesses viable. The Museum became Winton’s tourism mainstay when the original Waltzing Matilda Centre burnt down in 2015. 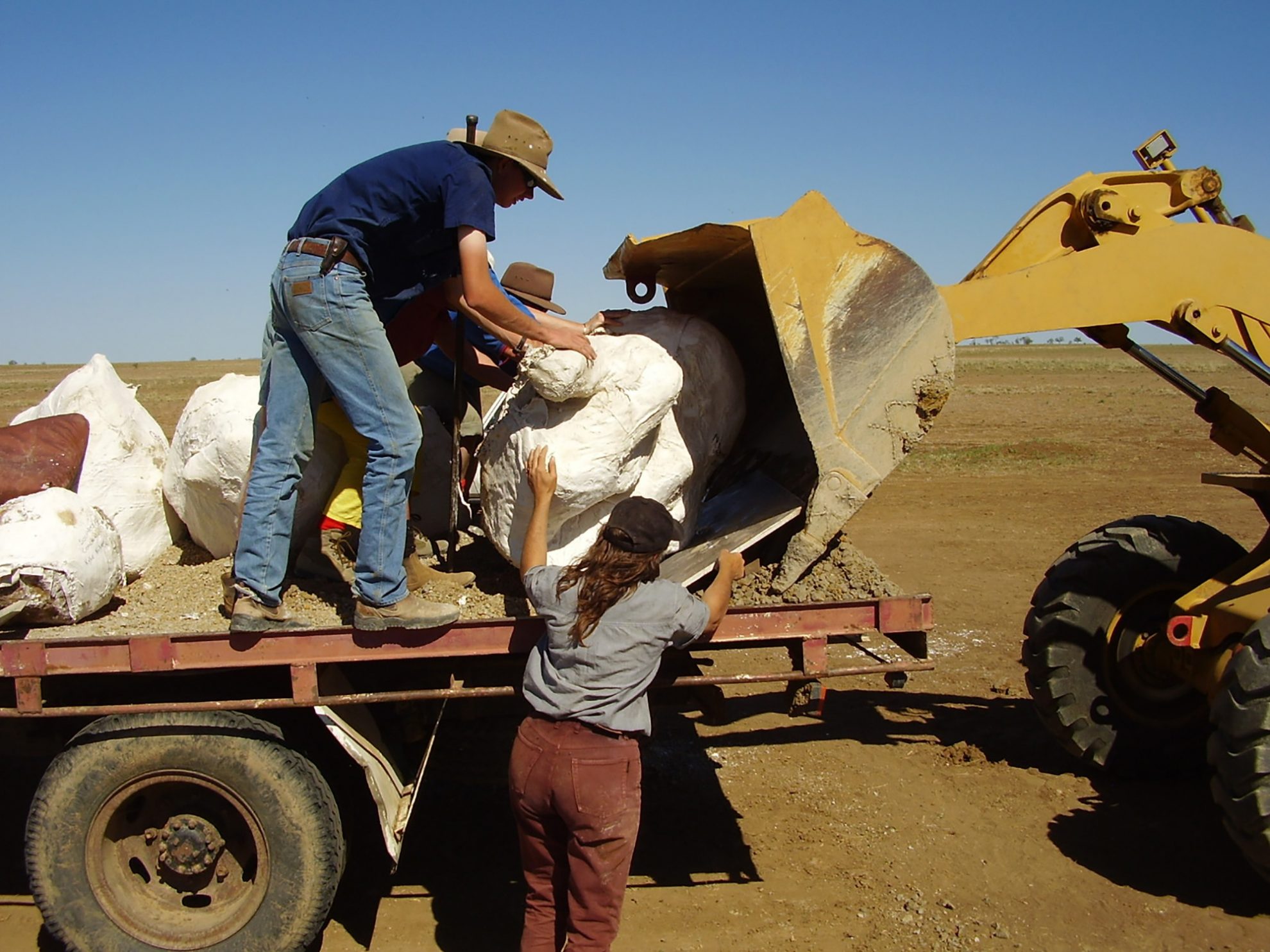 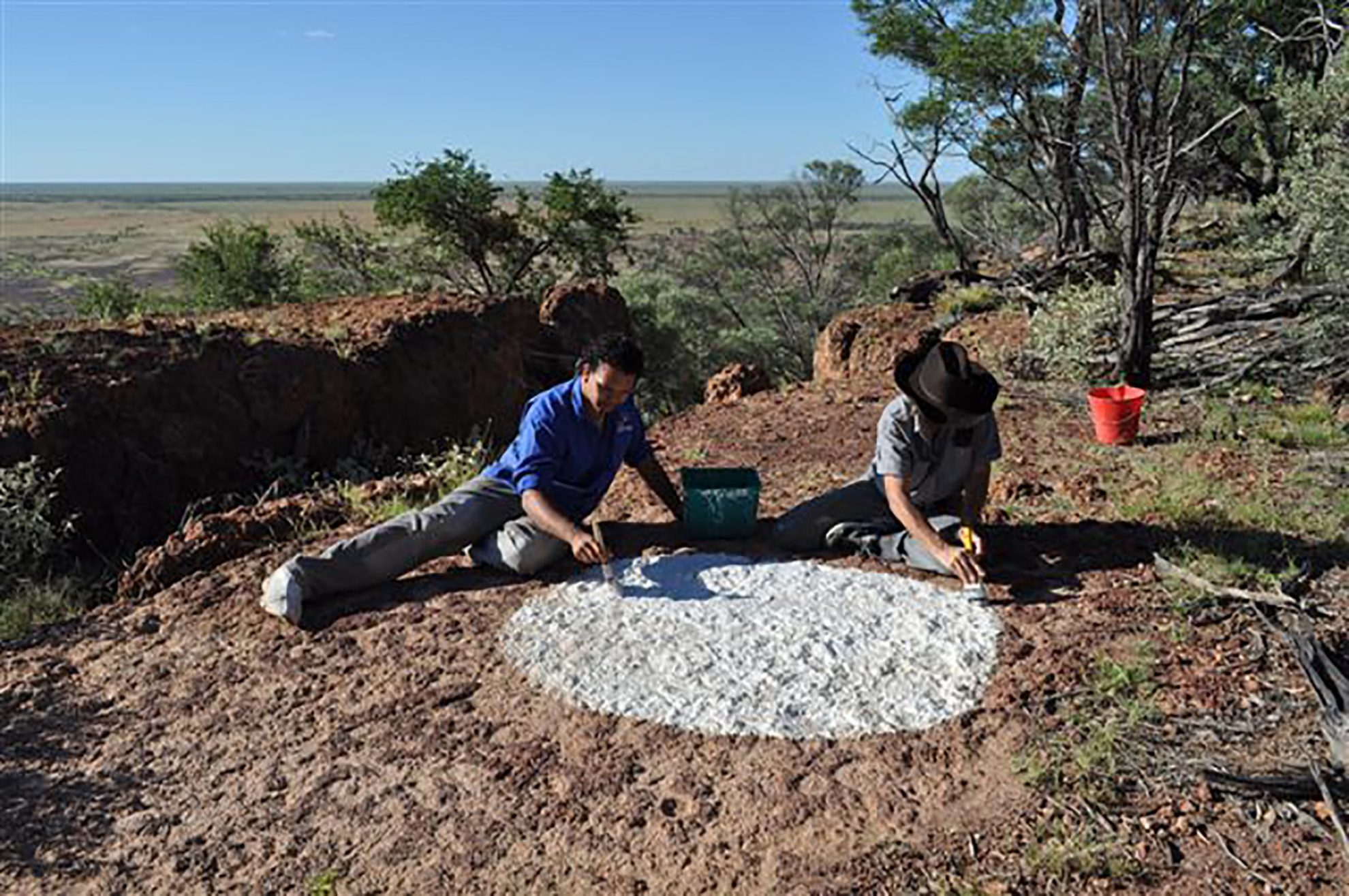 What do you see for the future of Winton and the Australian Age of Dinosaurs Museum? Are there any big changes on the horizon?

The Museum is in the process of constructing March of the Titanosaurs, a large, 900sqm building over a dinosaur trackway that is currently being relocated to the Museum from a property west of Winton. This development work also includes an observatory named Gondwana Stars Observatory. Both buildings have been designed by COX with involvement from Cultivar (Casey Vallance). Once complete, these two new tourist attractions will greatly increase the Museum’s public offering. It is intended that international tourism be developed following completion of these projects (by end 2020).

The role of the AAOD Museum is to create an international destination in western QLD. A lot of work is put into the Museum’s look and identity so that it is instantly identifiable. The colours of the Jump-Up are reflected in the walls of the buildings which are coloured concrete stamped with latex mats that were made by painting latex onto the rock-surface of the Jump-Up. Corten steel and rock landscaping ensures that the buildings look like they belong to the Jump-Up. All the Museum’s buildings have followed this theme. 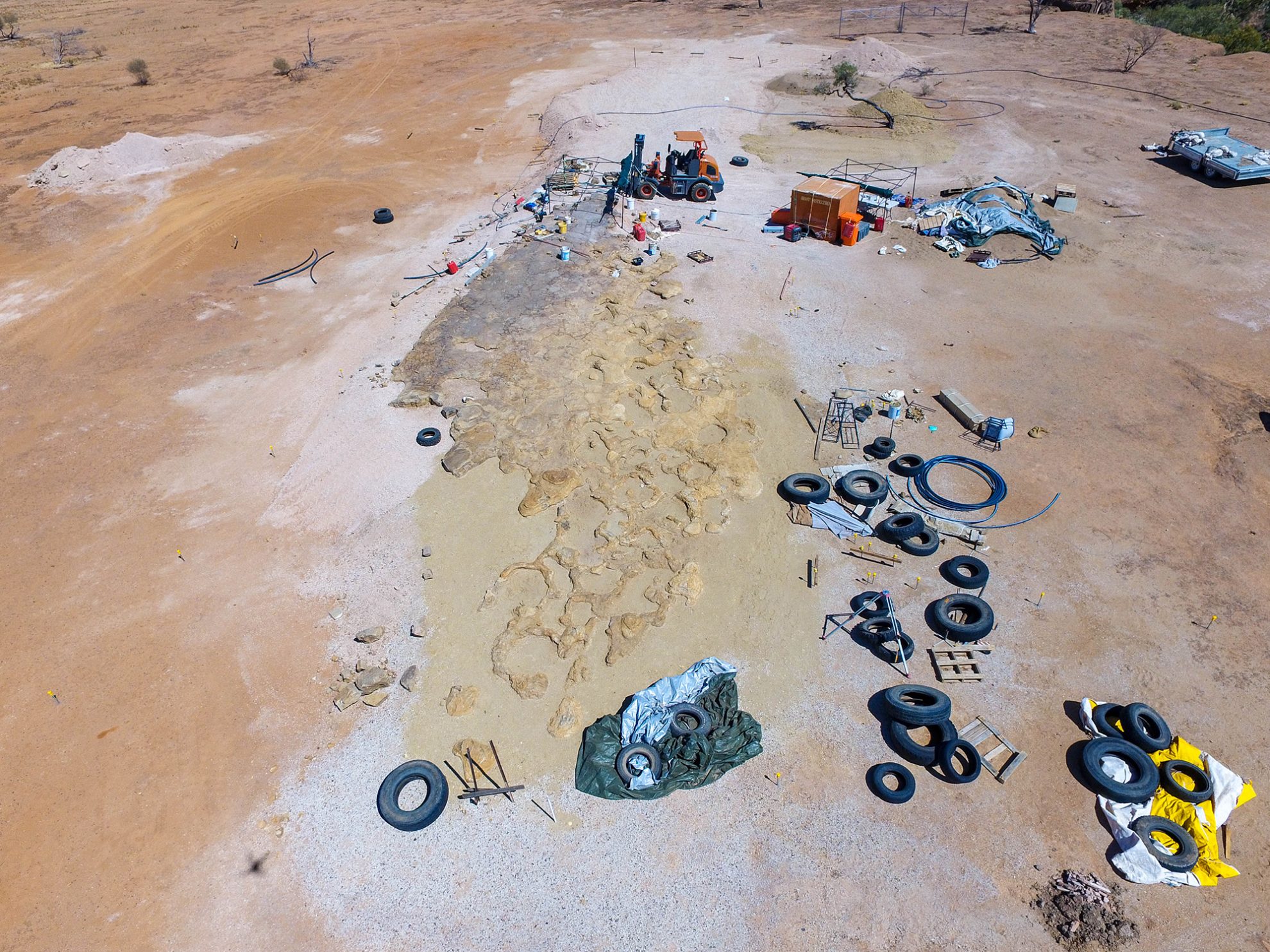 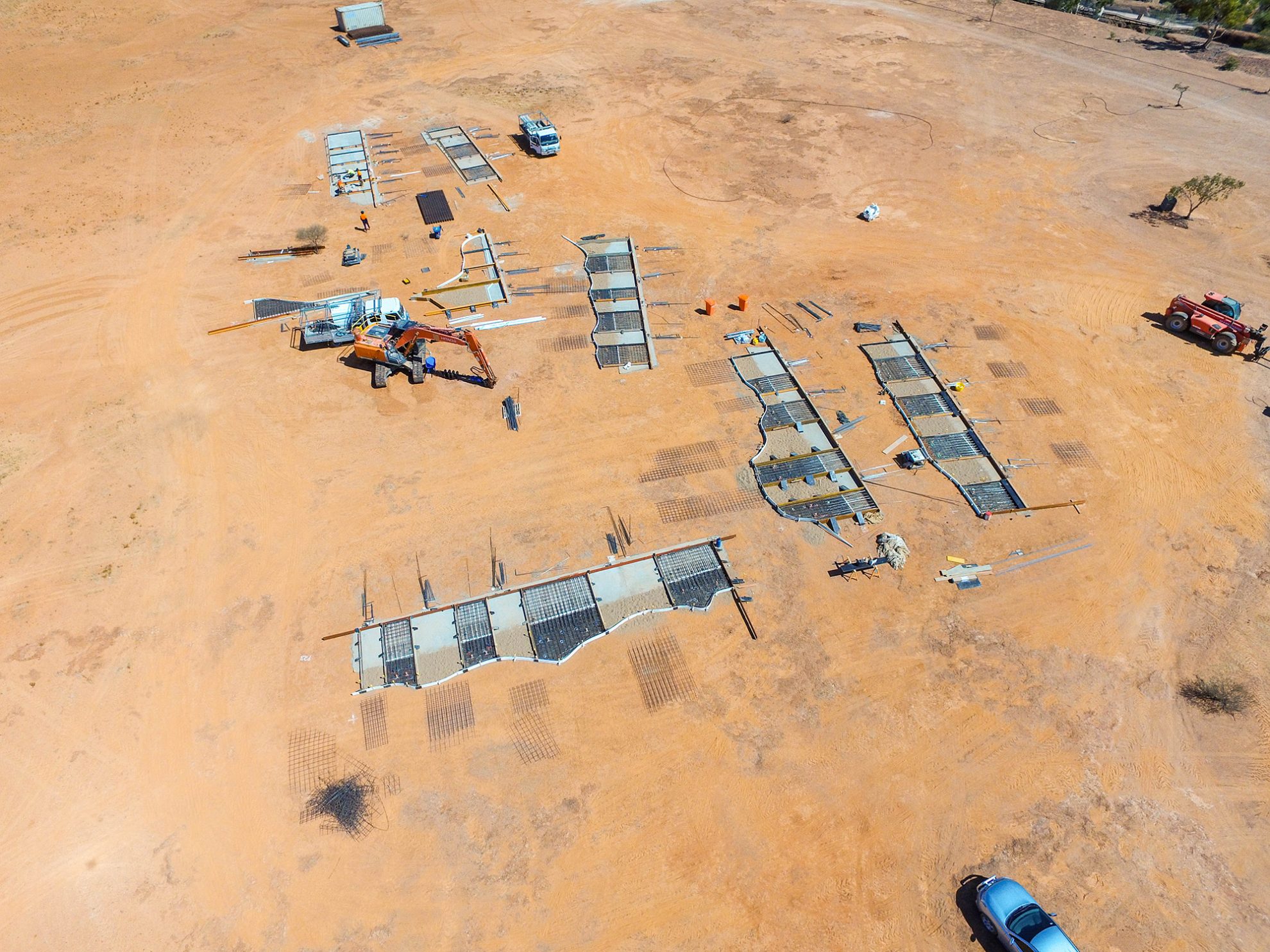 A lot of to-ing and fro-ing happens between our team at the Museum and COX to make sure that the buildings are practical and affordable without compromising their impact and aesthetic design.