One One One Eagle Street 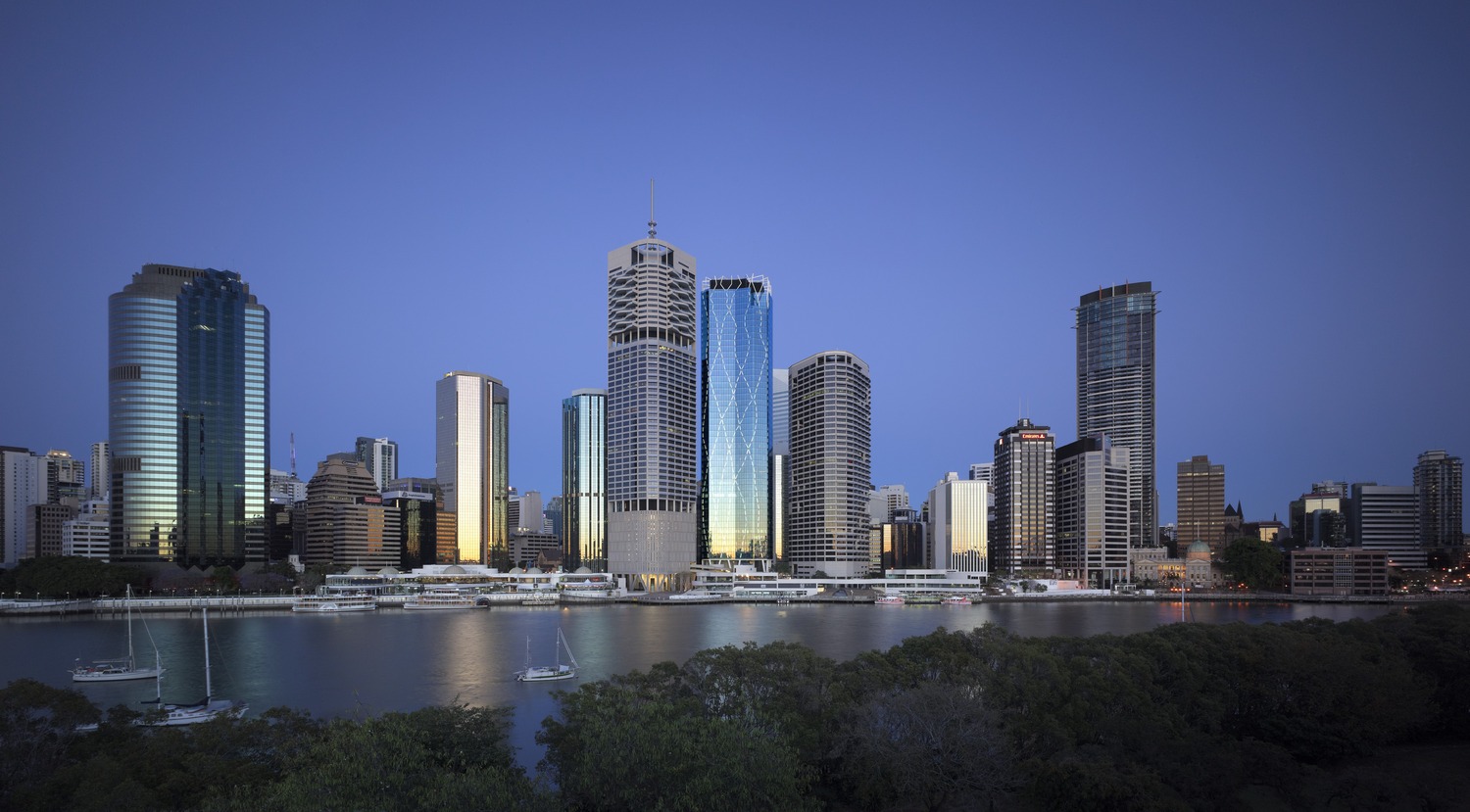 One One One Eagle Street forms the centrepiece of a trio of towers that mark Brisbane’s renowned Riverside Precinct.

The project occupies a site that comprises the loading docks and basement carpark access to the existing neighbouring towers either side. The site’s constraint was the lack of bearing points due to those existing encumbrances.

From this constraint evolved a structural solution which defines the tower, a web of trunks and branches developed from an algorithm called ‘growing towards the light’.  This algorithm was chosen as it was not only significantly more efficient than other solutions but enabled a site-specific architecture to evolve, related to Brisbane’s most iconic Fig trees which foreground the site.

The tower comprises 56 levels, 44 of which are for offices. The base is split over two levels, the upper for corporate access enabling the ground to act as internal public plaza and dining space. 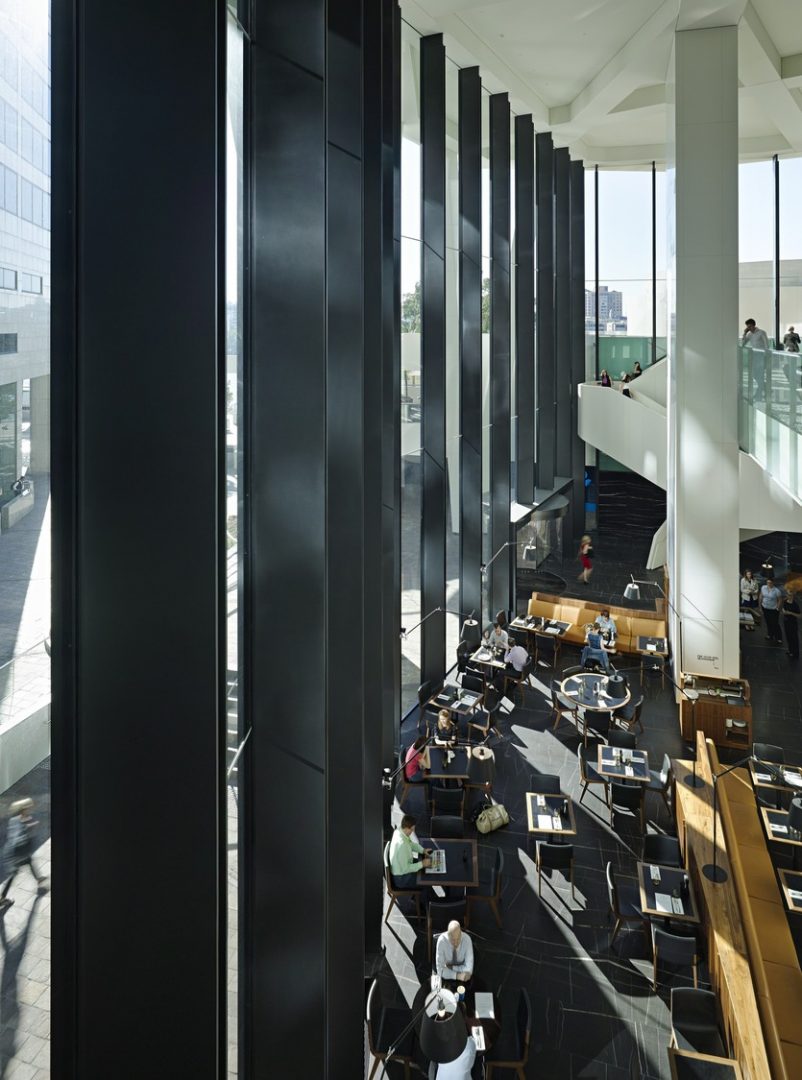 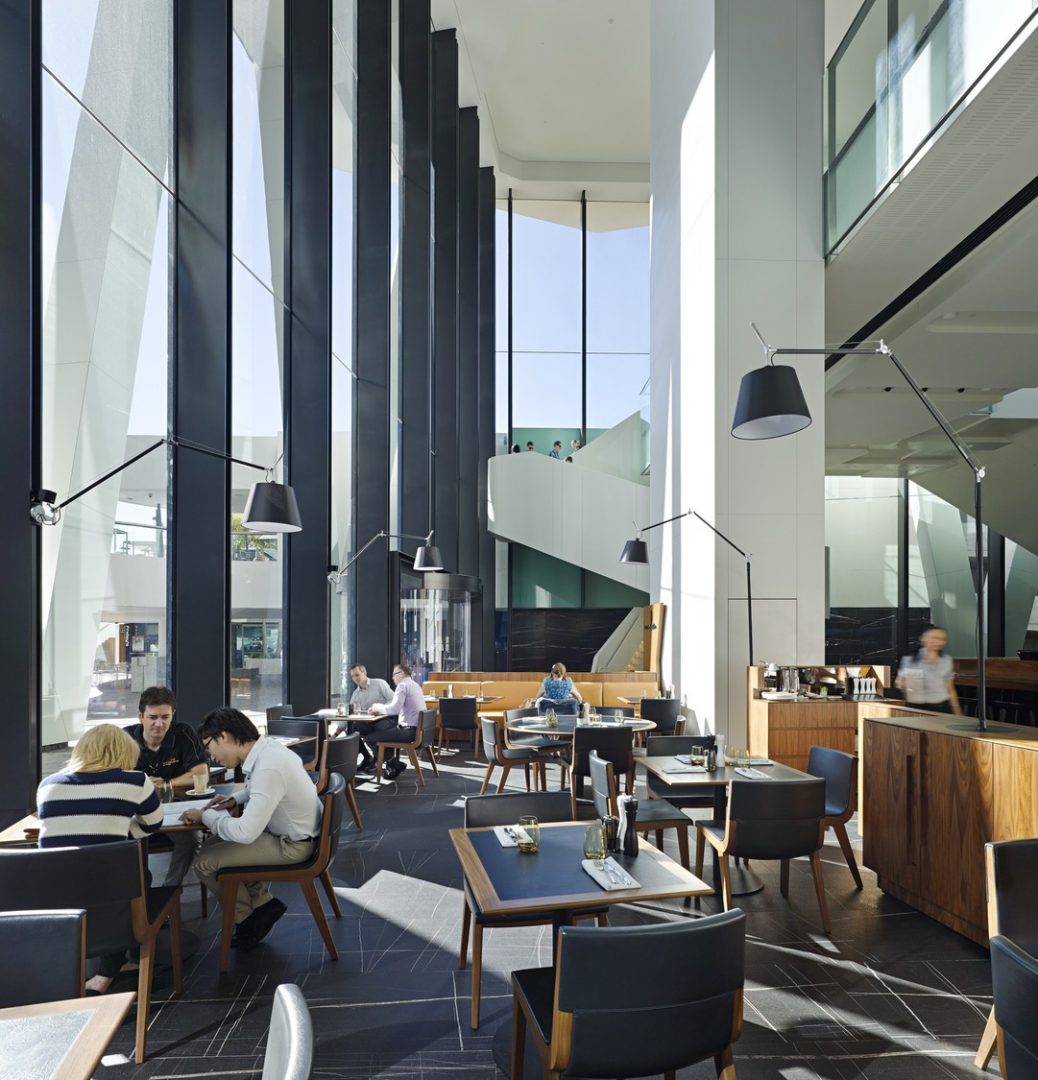 Dramatically adding to the cultural identity of Brisbane as a city – it has been recognised as an enriching and livening addition to the ever-growing Brisbane skyline. A direct physical public benefit is the tower’s base which folds up from the Riverside and Riparian plazas to form its own internal plaza and restaurant strip in a much-used thoroughfare between the ferry terminal and CBD.

The centre element of three buildings, One One One forms a distinctive yet complimentary structure, with the trio stepping down in sequence. Its plan is shaped to accentuate the geometries of the three towers.

The base of this commercial office tower is designed over two interconnected levels – the ground acting as a dining-activated public plaza and the upper as corporate foyers. The base’s interior experience is derived from the tower’s unprecedented free structure and idea of contextual integration.

The concept was to create a place within this dramatic tower which the people of Brisbane would embrace for its amenity, diversity and drama. Splitting the levels between public and corporate allowed the ground level to act as a thoroughfare, reinforced in expression by a geological approach to its floor, its hall and open bistro restaurant – The George.

The upper level is distinguished to its identity as a ‘white space,’ relating to the tree structure encasing and supporting the tower and resolving its forces by forming the ceiling. It is activated by a small café and has become renowned for its meeting nodes and underfloor connections, including a sculptural staircase that pays homage to Harry Seidler – the Riverside precinct’s original designer. 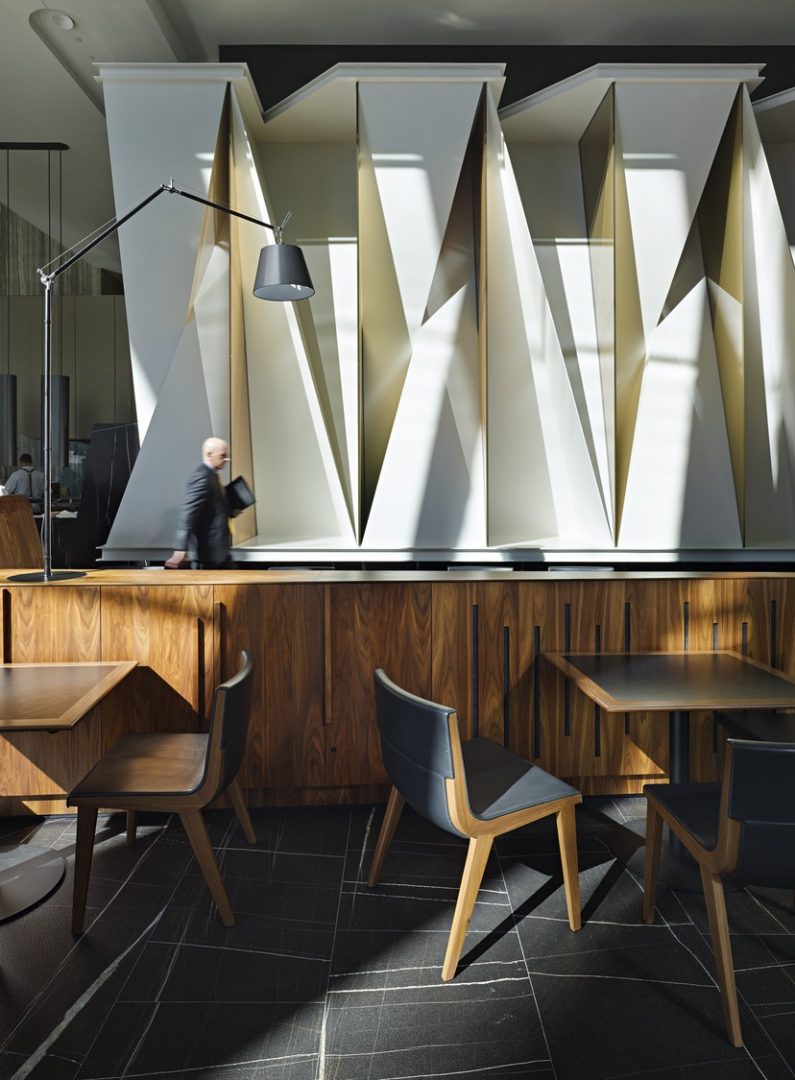 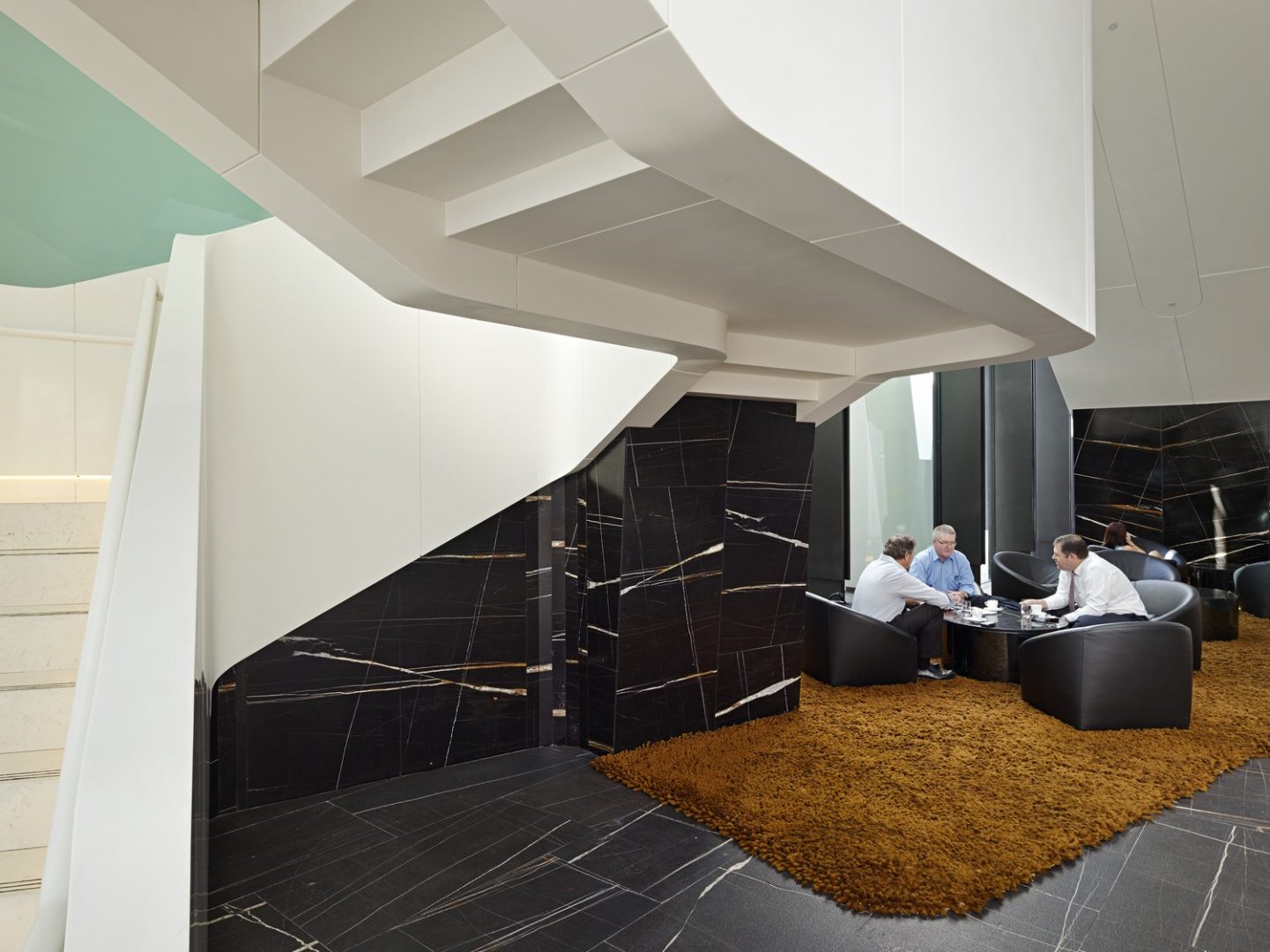 One One One Eagle Street aims to push the boundaries of environment performance for office towers, catalysed by structural geometry which minimises material use.

The tower is accredited to a 6 Star Green Star Design rating and 5 star NABERS energy rating. This tower utilised 20% less material than a conventional tower, embodying nature in its evolution and expression. Utilising the growing towards the light algorithm, the tower diminishes in size as it rises to columns of 300mm square at its highest peak. 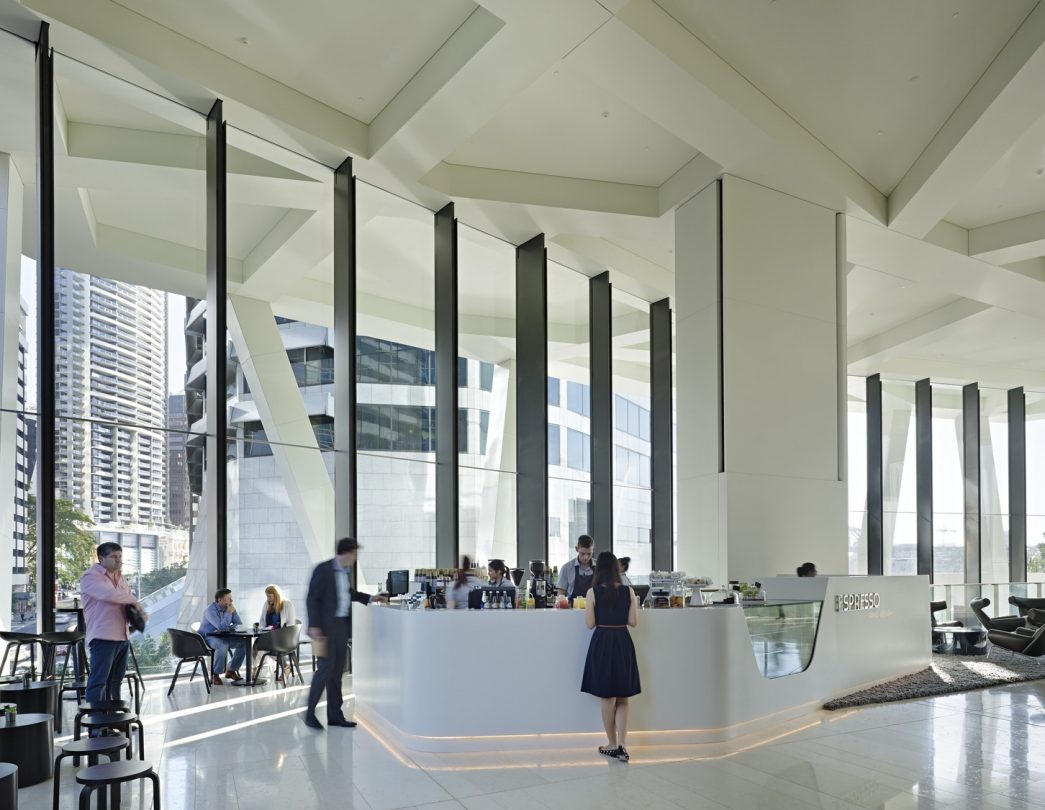 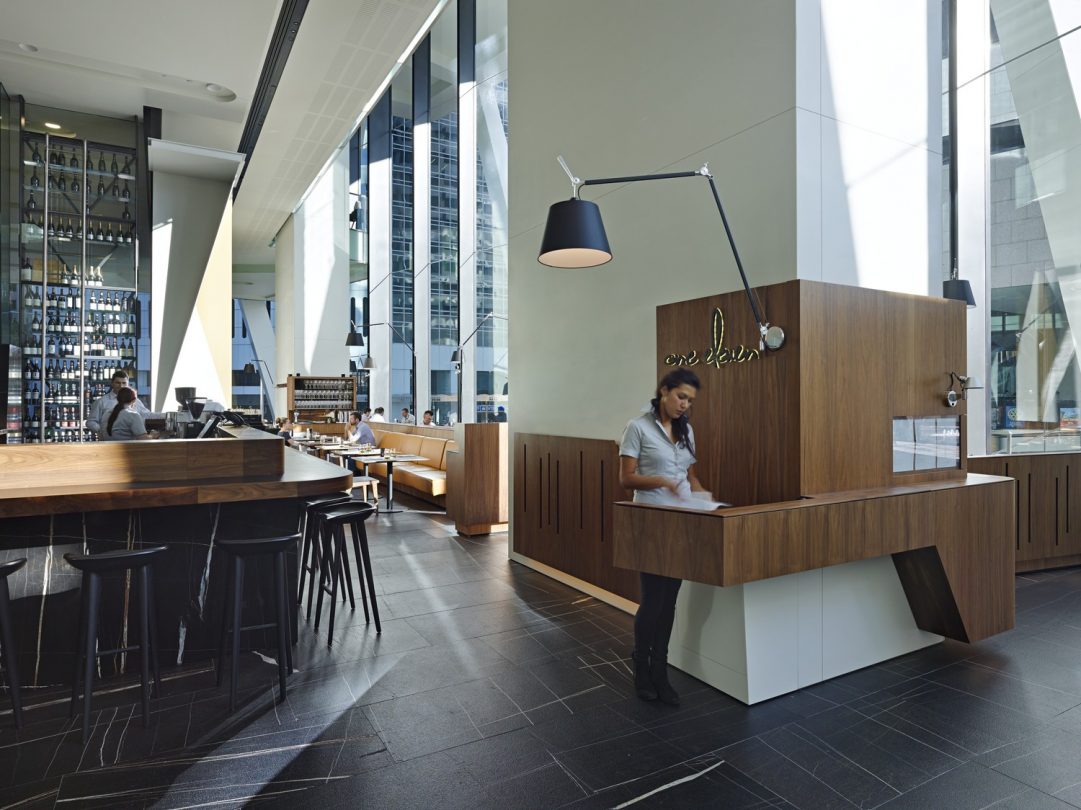 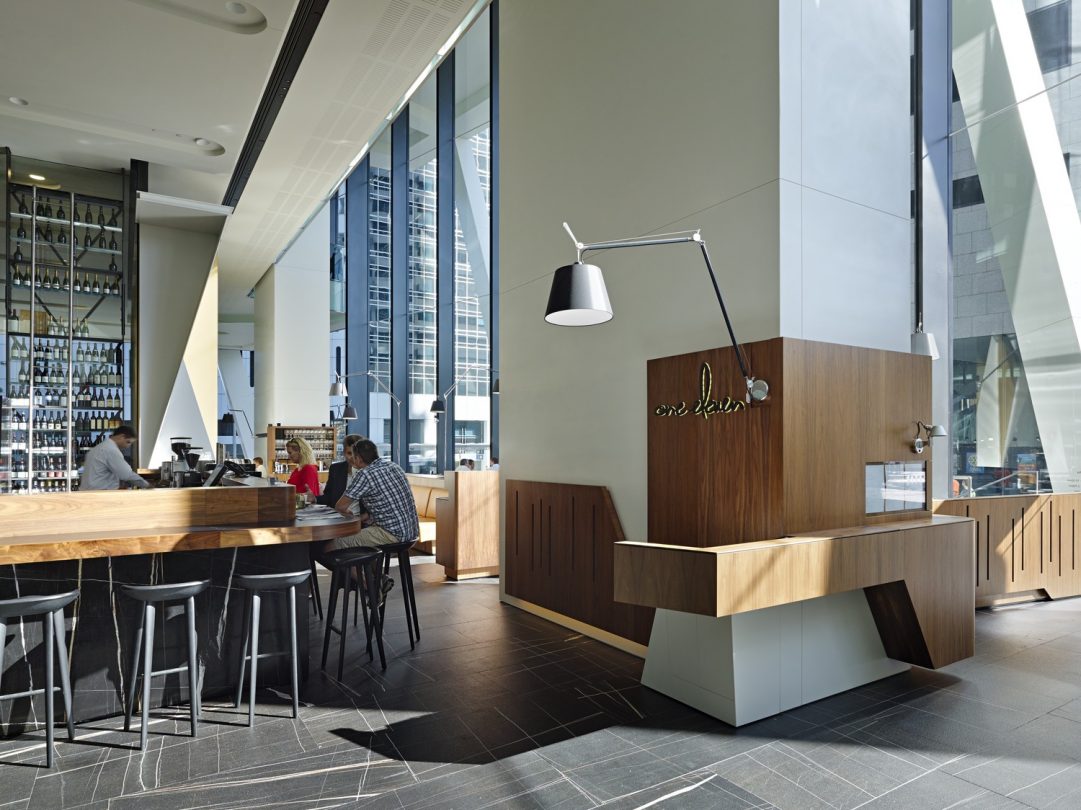 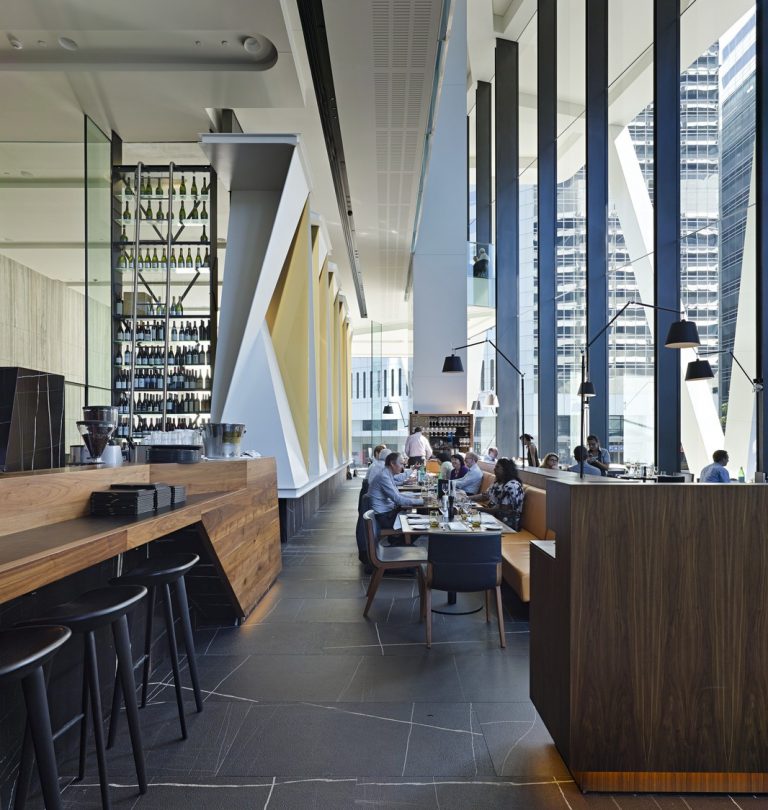 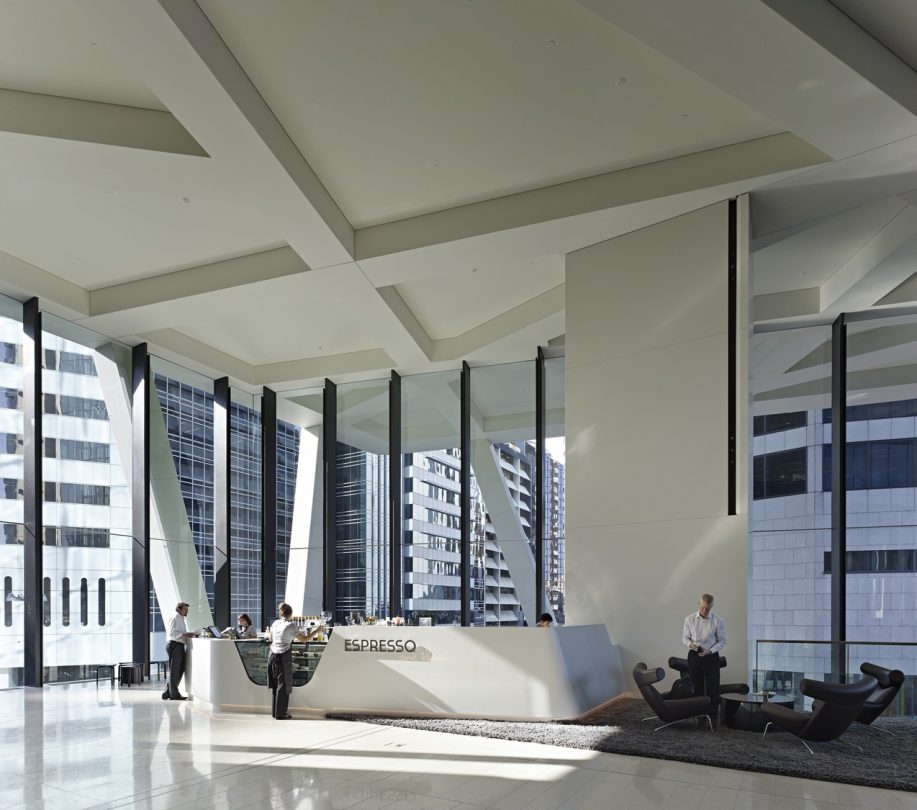