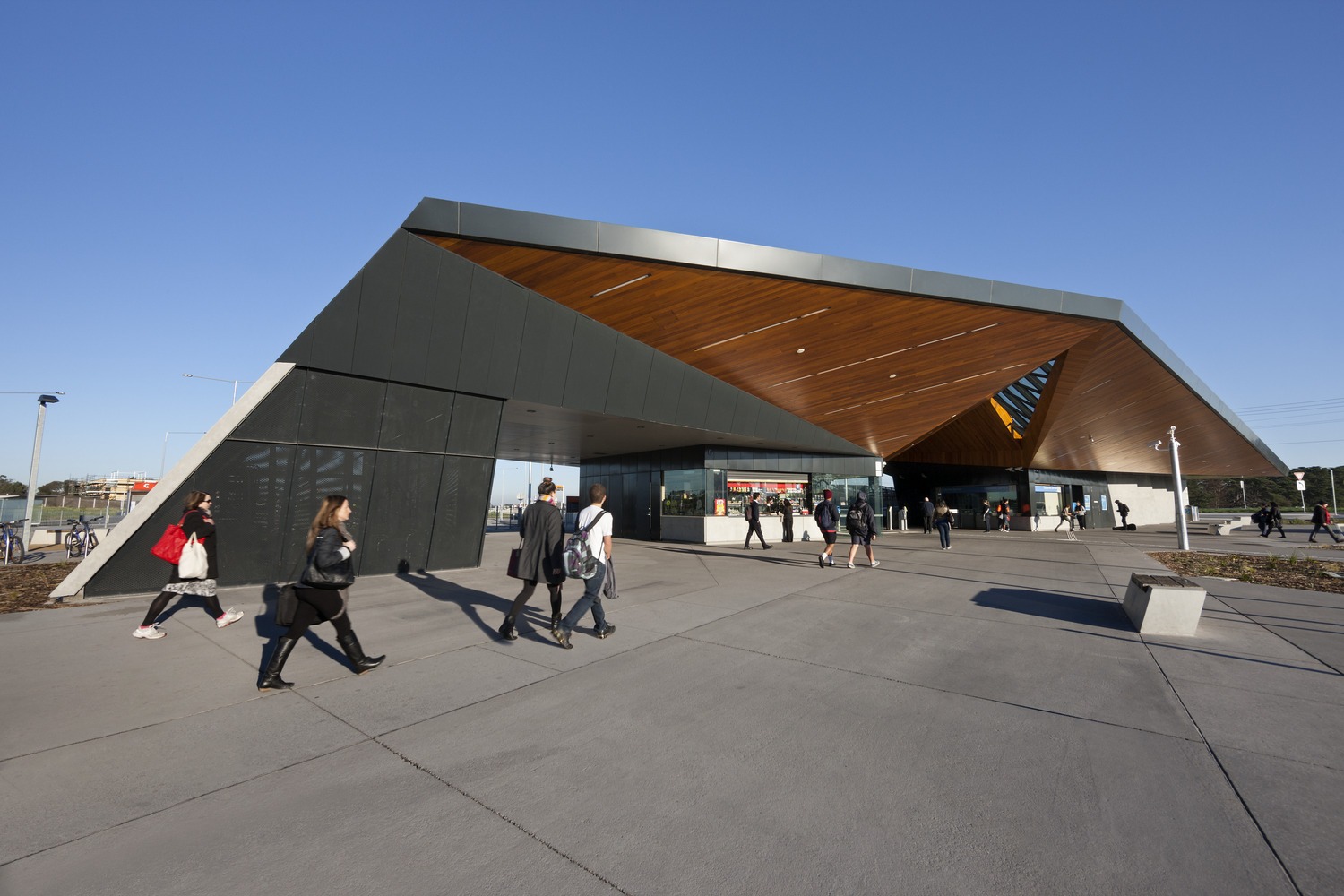 The South Morang Rail Extension provides improved access to public transport services for Melbourne’s northern communities. The creation of two new stations (at South Morang and Thomastown) and the relocation and modernisation of a third (Epping Station) lies at the heart of this project, with all three forming key nodal points in a longer-term urban focus.

Each of the stations are clearly identifiable as three parts of a greater urban vision linking current and future activities. The station canopies operate as sculptural forms at a civic scale, folding and unfolding in response to their site and functional contexts, while providing visual orientation and integrating the station buildings and platforms with the ground plane and wider context. 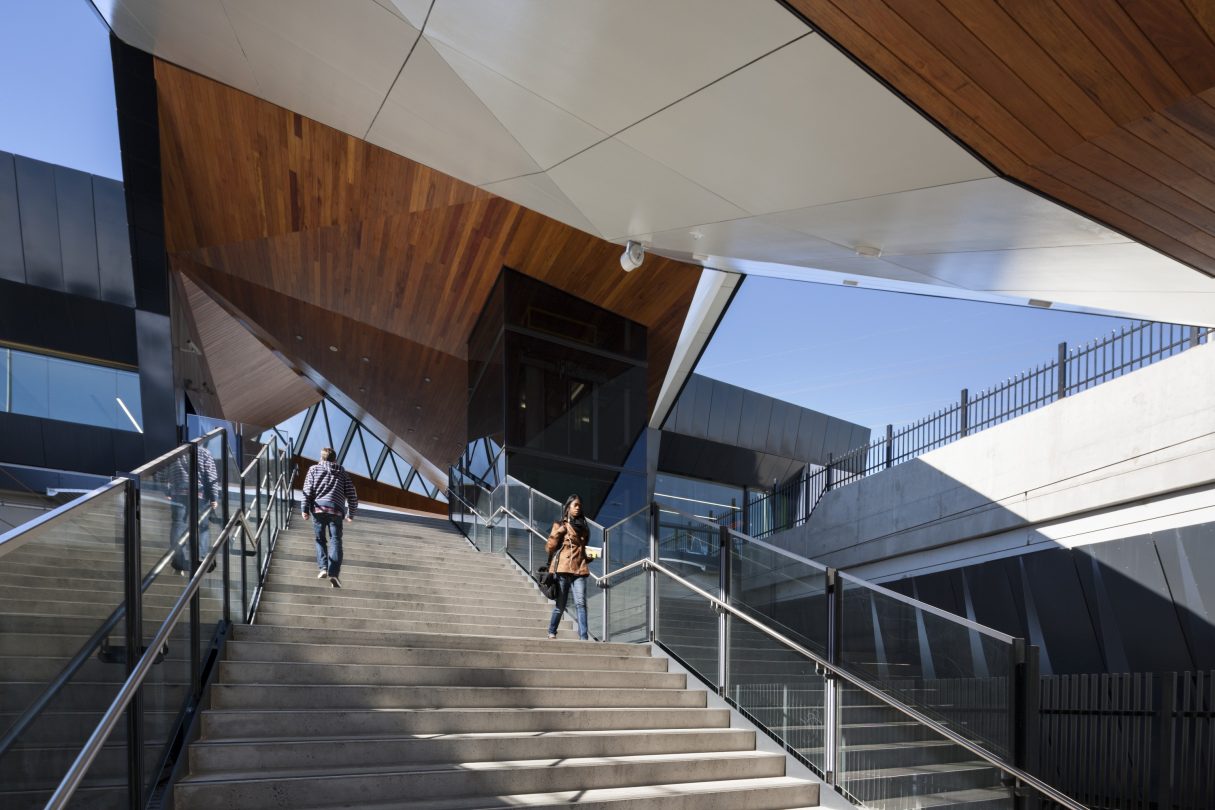 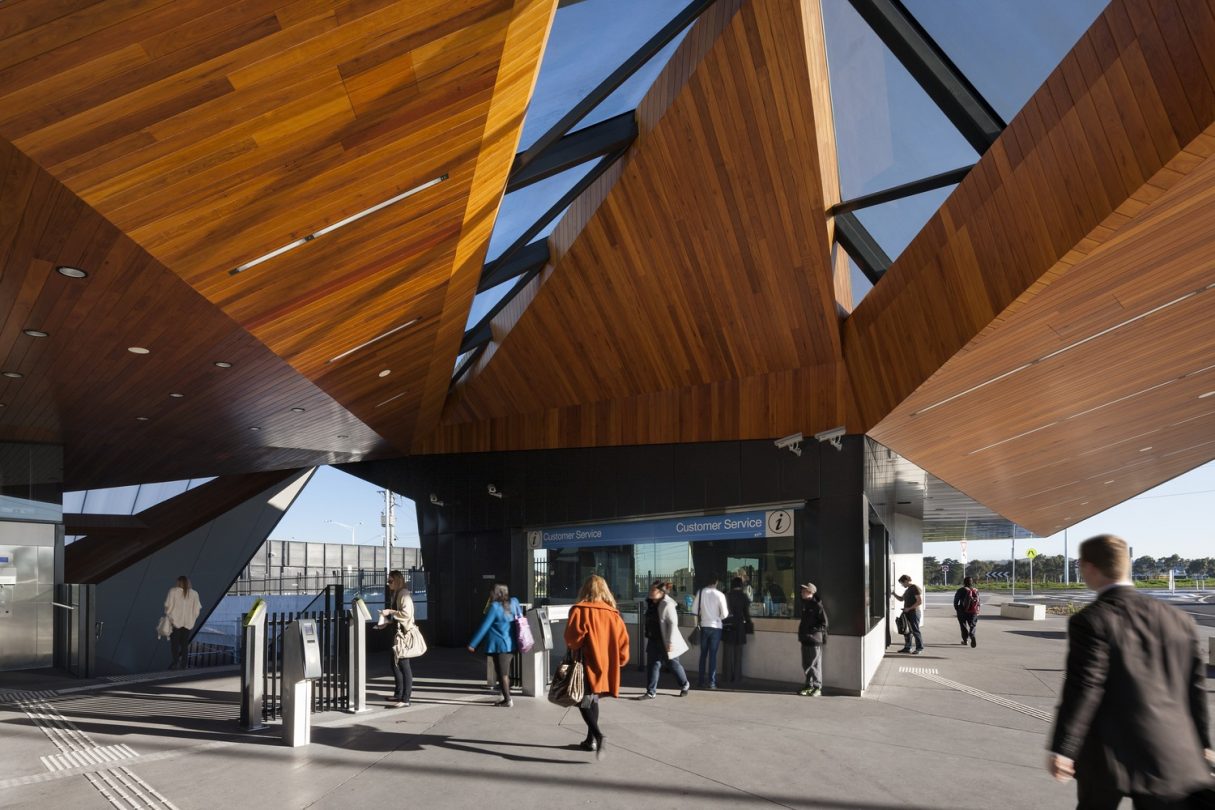 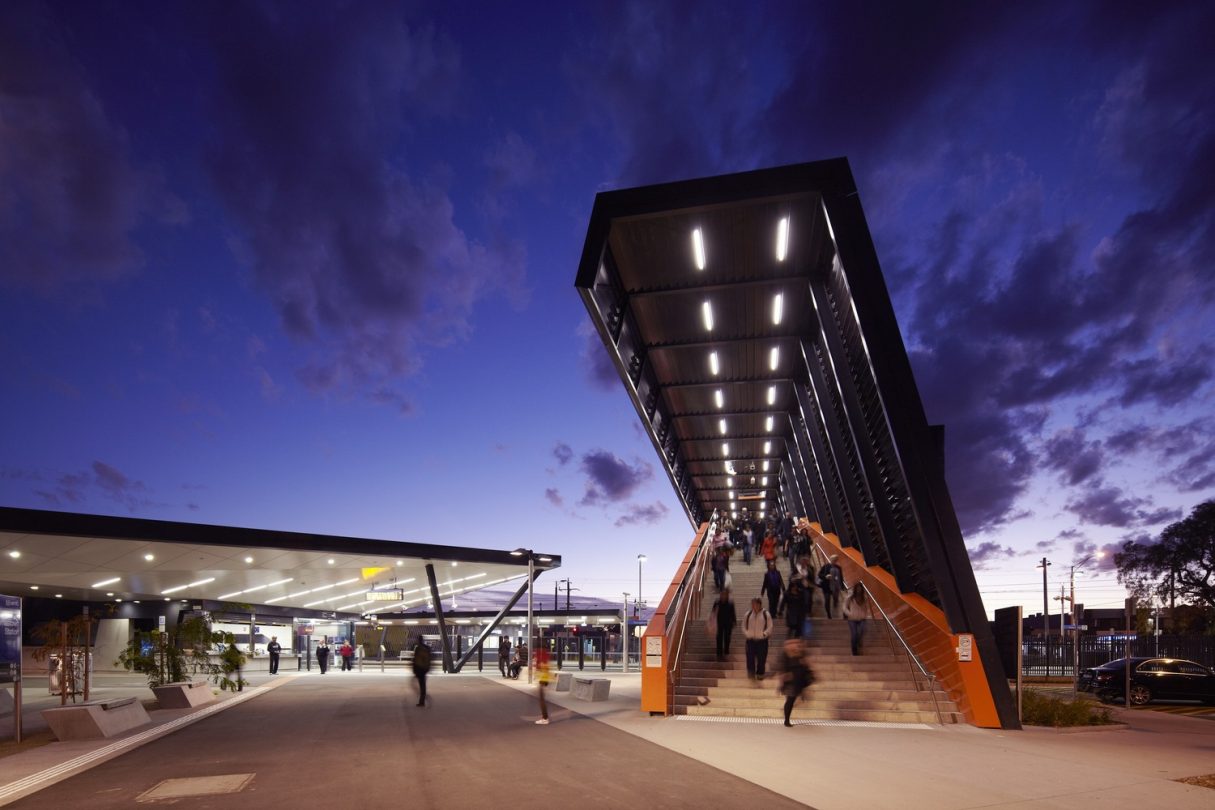 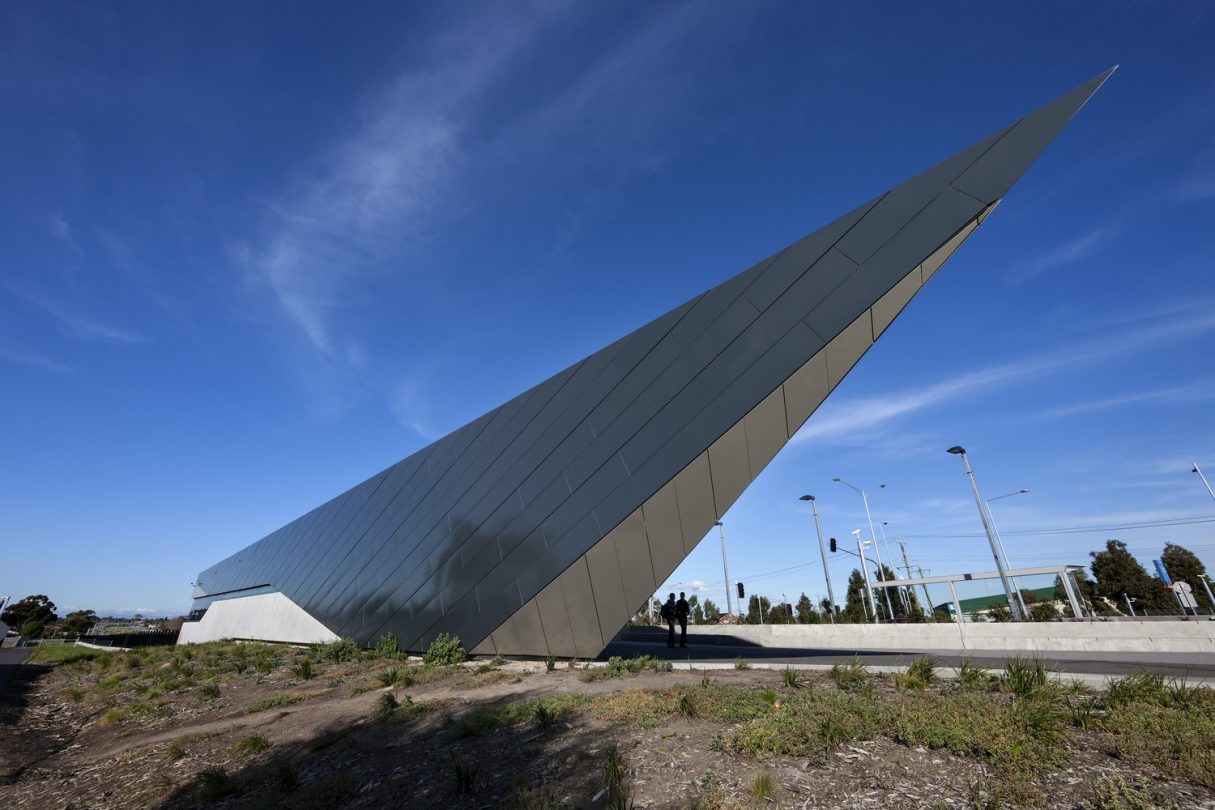 Our design provides a sense of place for each of the stations, reflecting how users engage with them – as places to transit through and as sheltered and welcoming environments in which people gather. Form and materials speak of a robust and safe environment offering a warmth and scale suitable for community-focused public use. The stations are designed as catalysts for future projects, including larger scale mixed-use developments.

Each station has been designed as a high-quality public space, carefully devised to enhance local movement and provide legibility, linkage and activation to the existing urban form.