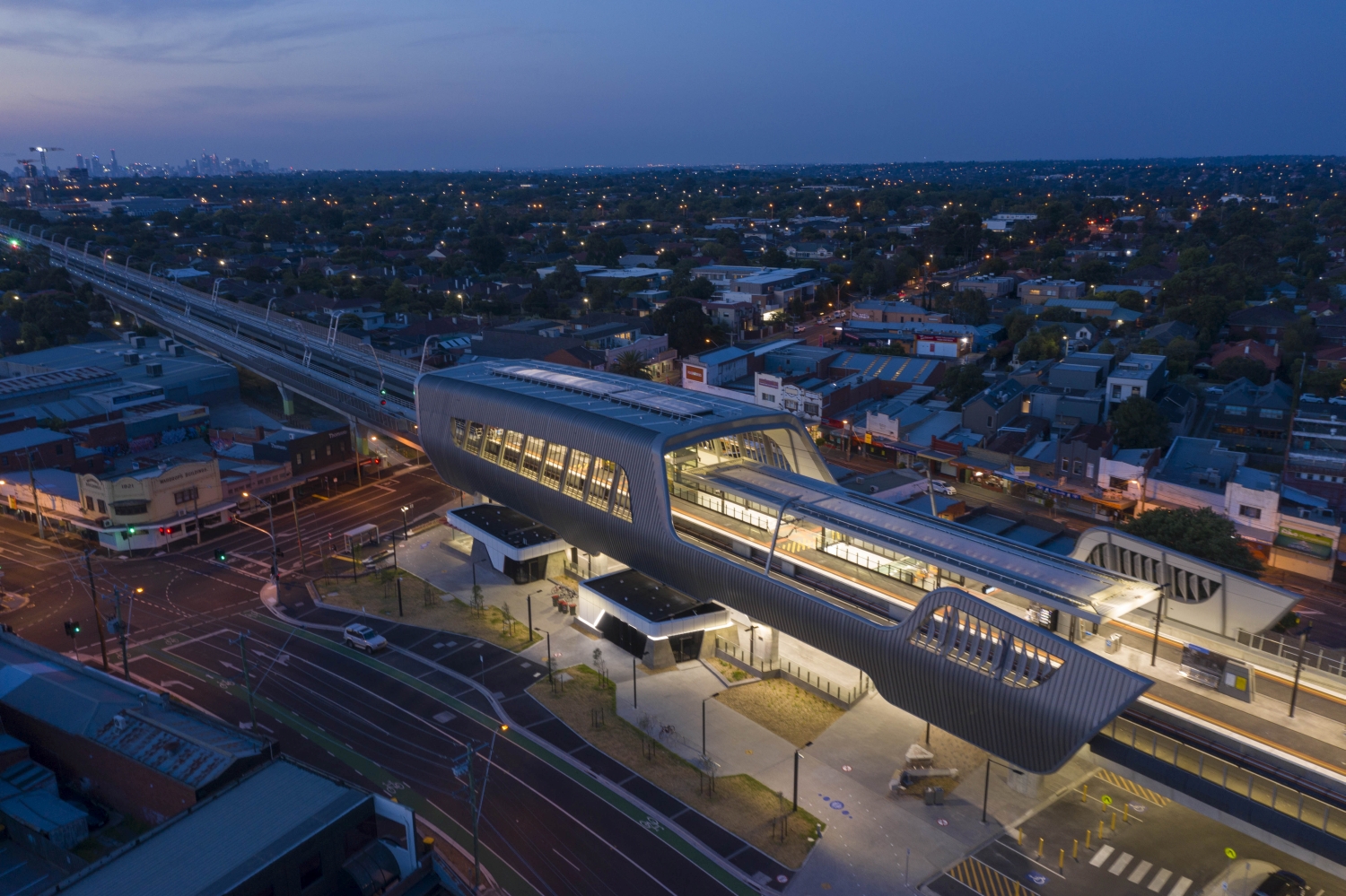 The Caulfield to Dandenong Level Crossing Removal (CTD) project comprised the replacement of nine dangerous rail level crossings with five elevated railway stations along one of Melbourne’s busiest transport corridors. By elevating the line and stations, this project presented an opportunity to transform an extensive tract of land within Melbourne’s metropolitan zone into a new linear park.

For decades, this rail corridor had acted as a major barrier to urban permeability, adding to road congestion, limiting links between suburbs and restricting the introduction of new rail services. Cox Architecture were engaged to lead the architectural design of the new stations and to work with ASPECT Studios on the urban design of the parks below.

Our design proposed an elevated viaduct with a consistent architectural expression across the five station precincts. Each was conceived as a unique community hub, consisting at ground level of an urban plaza and pod-like structures for information and bike storage. A distinctive canopy wraps each platform providing weather protection and framed views to the suburbs. Materials were selected to reflect the character of each station’s surrounds.

The rail viaduct was designed as a ‘split’ solution, separating the tracks to reduce the visual bulk and to allow light and rainfall into the heart of the linear parks below. At ground plane, the project has transformed 22 hectares of open space into a green linear park and enhanced opportunity for community sport, retail, cross-corridor connectivity and social interaction. 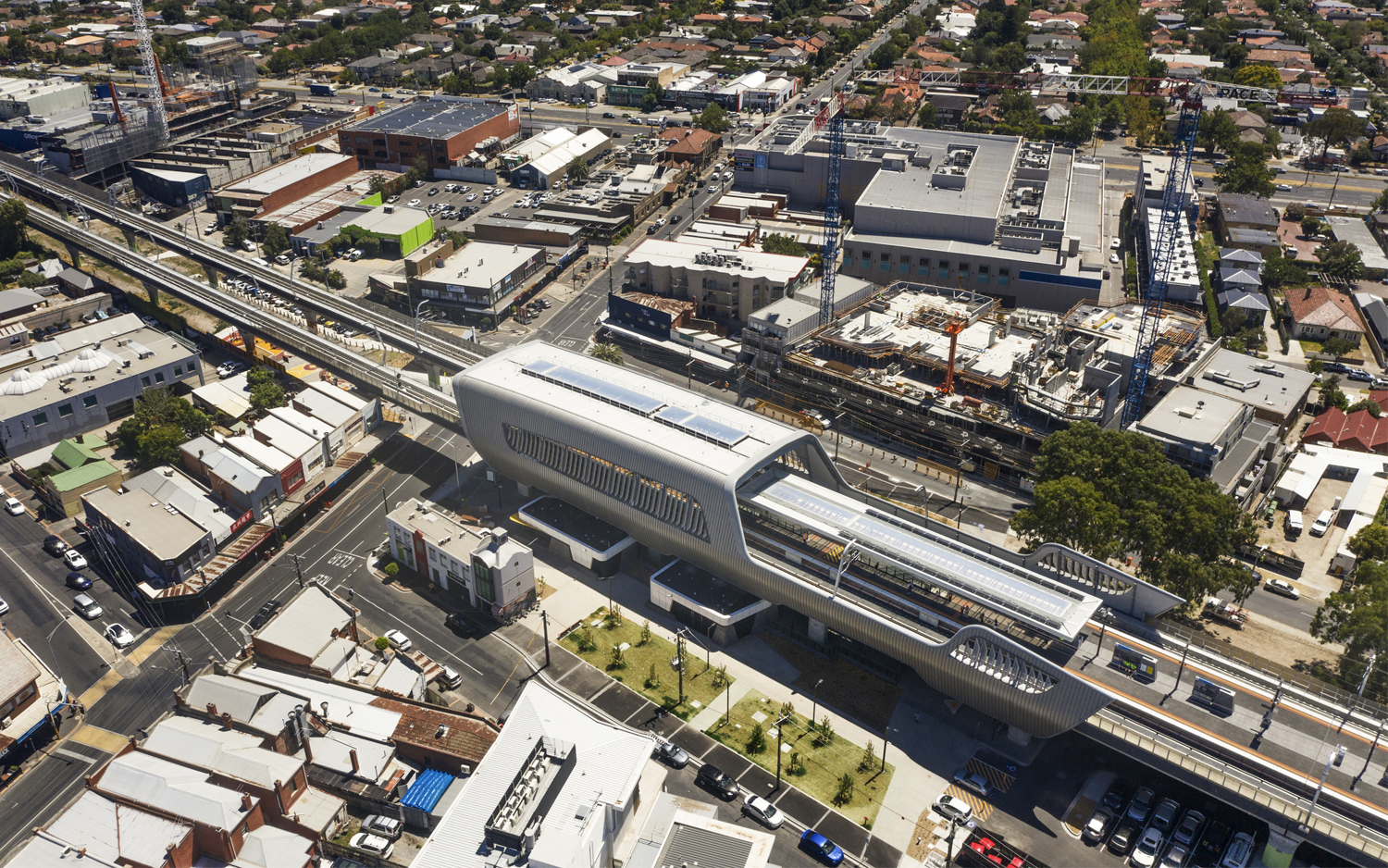 A very skilfull and accomplished project, all five stations have a consistent and distinct architectural form providing a sense of identity to the rail corridor and sense of connection between adjoining suburbs. 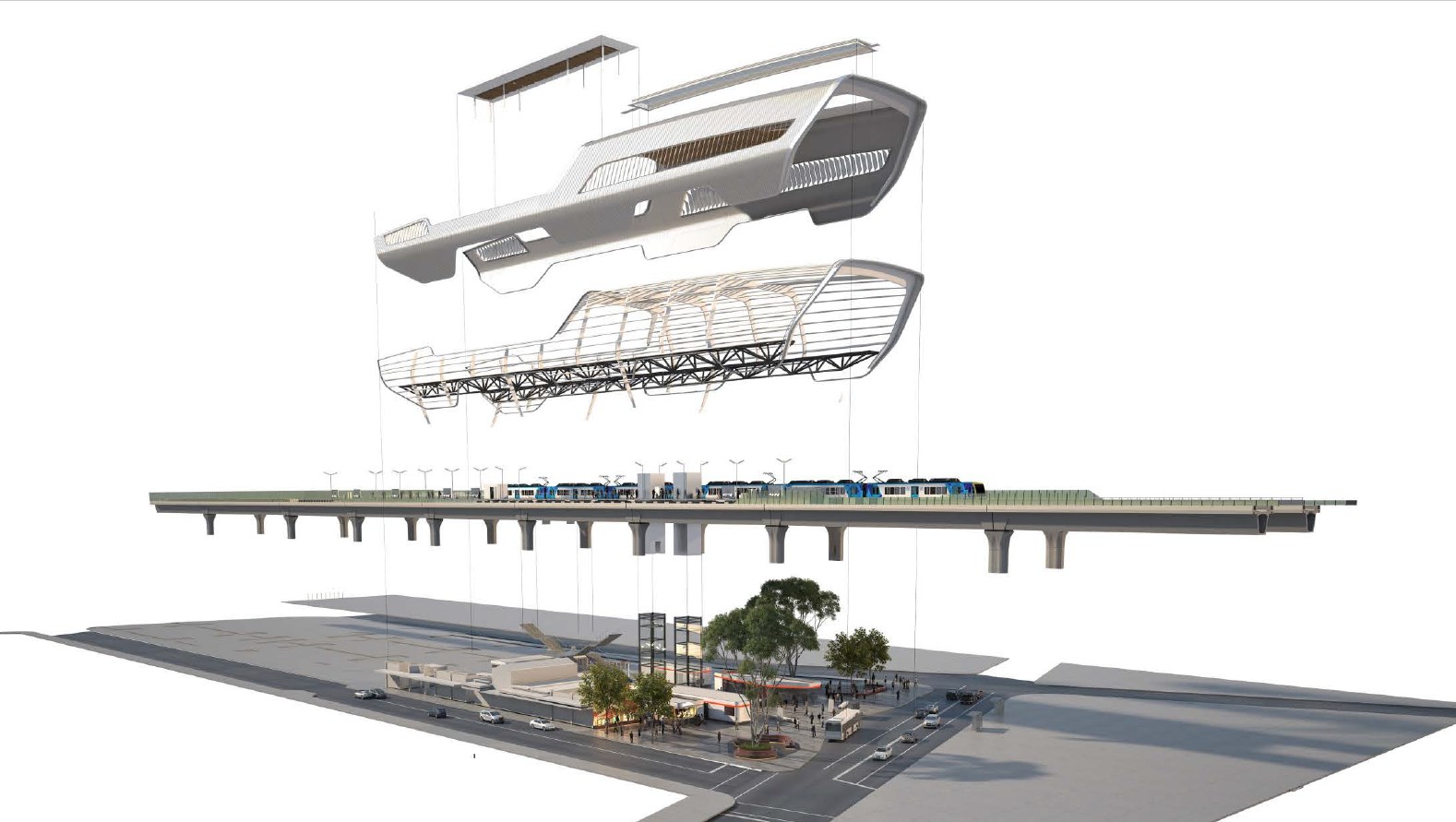 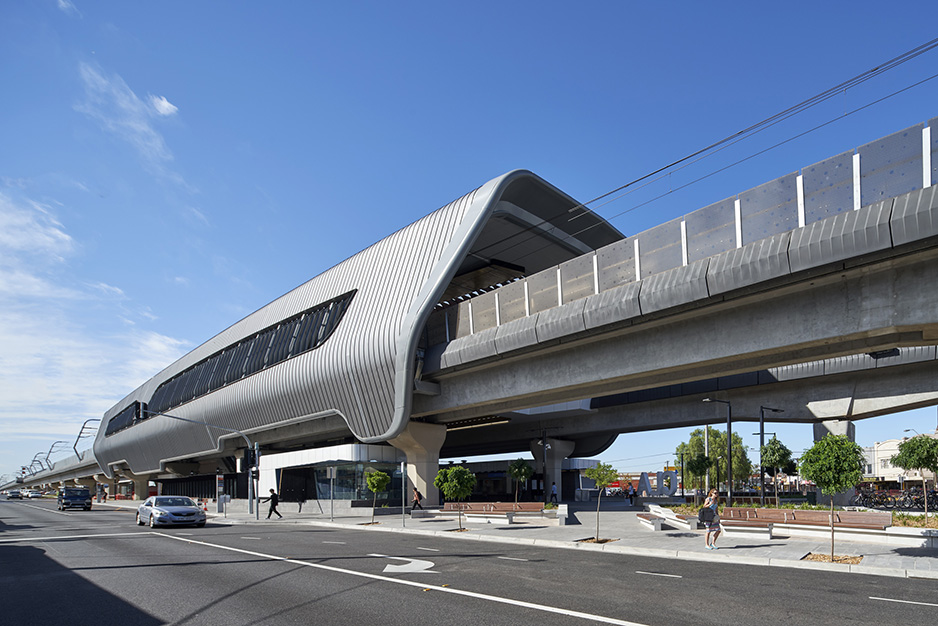 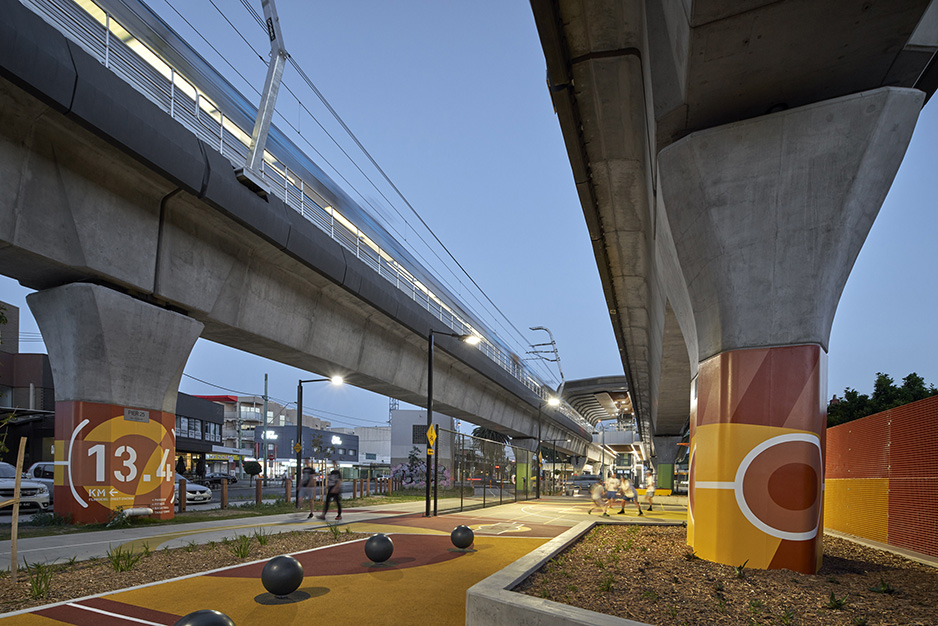 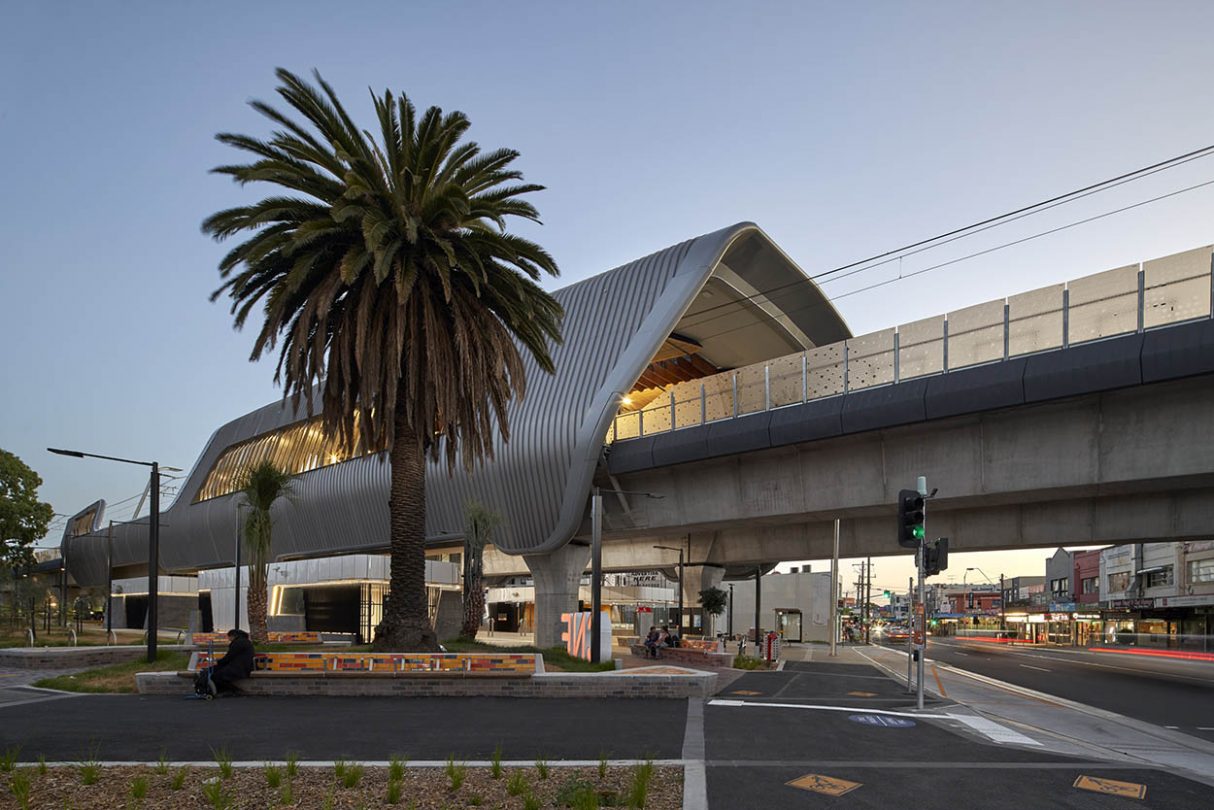 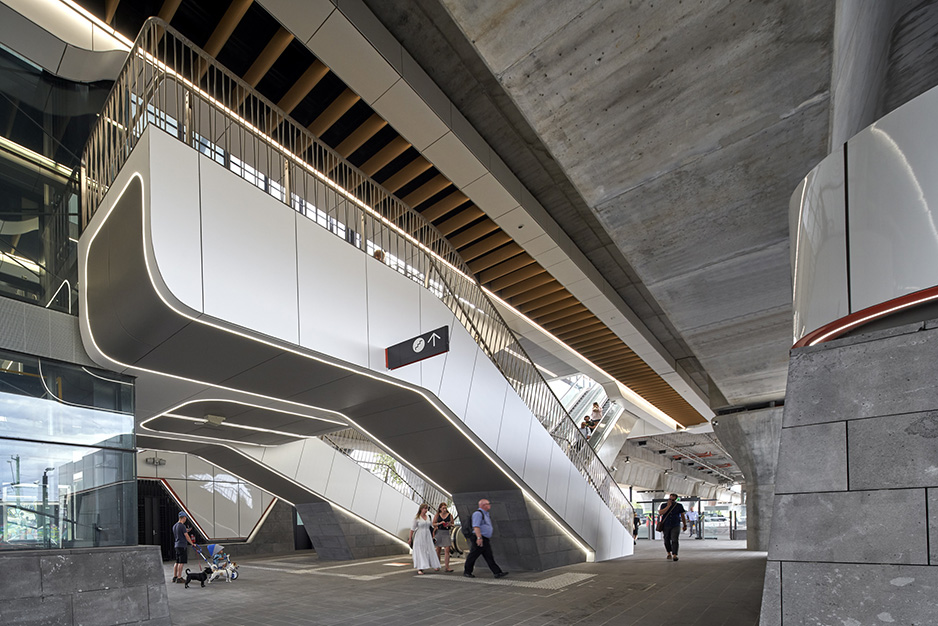