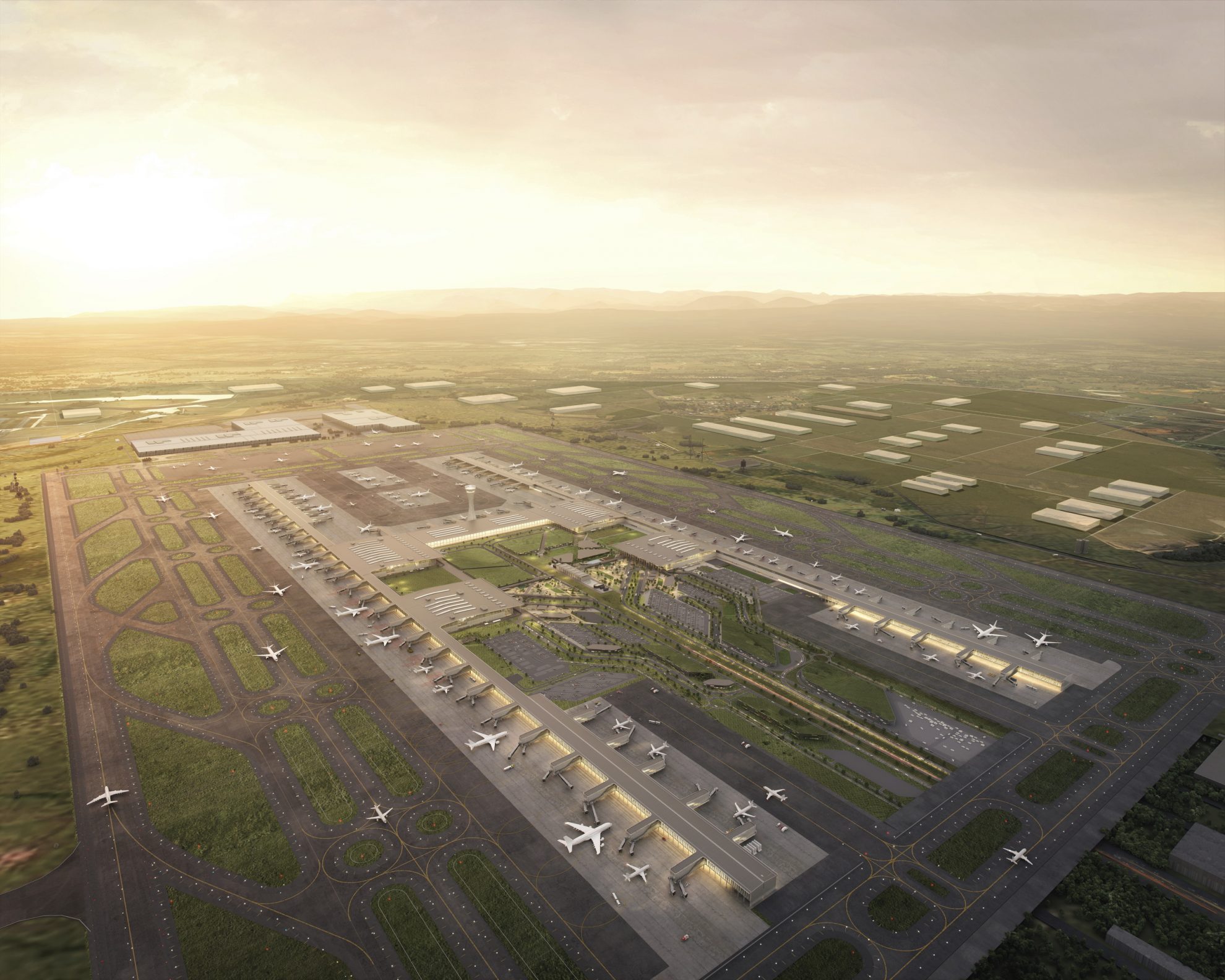 Western Sydney International (Nancy-Bird Walton) Airport (WSI) is a once-in-a-generation infrastructure project that will connect the future social, cultural, and economic hub of the Western Parkland City with the world. The primary design aim is to maximise user experience through inspired architecture, thoughtful urban design, and airport planning to create welcoming, calm, and engaging spaces. The design is efficient in its functionality, resilient in its planning, and aesthetically rooted within the Western Sydney regional context.

The design has been developed to provide a sense of place, interweaving the natural context of the Western Sydney Region through local material use and incorporation of natural light. The design was inspired by the unique natural beauty of the Cumberland Plain’s distinct bush flora and the neighbouring Blue Mountains. Through this, aesthetic and experiential considerations have driven formal decisions, ensuring that the facility provides a distinctive experience.

COX in collaboration with Zaha Hadid Architects have been appointed by Western Sydney Airport (WSA) to design the new Western Sydney International Airport. The brief calls for a design that the people of Western Sydney can be proud of that is centred around the passenger experience. COX and Zaha Hadid Architects understand the desire to promote Sydney as Australia’s global city, ensuring WSI as the gateway of choice to Australia and the world. The team share WSA’s vision to create a destination with value beyond air travel by delighting the user experience.

The design takes inspiration from the local flora of Western Sydney and its unique natural qualities, such as the Great Australian Light. These spaces, colours and materials have been incorporated into the design to give the project an unmistakable regional identity focused on the experience of the passenger and the user 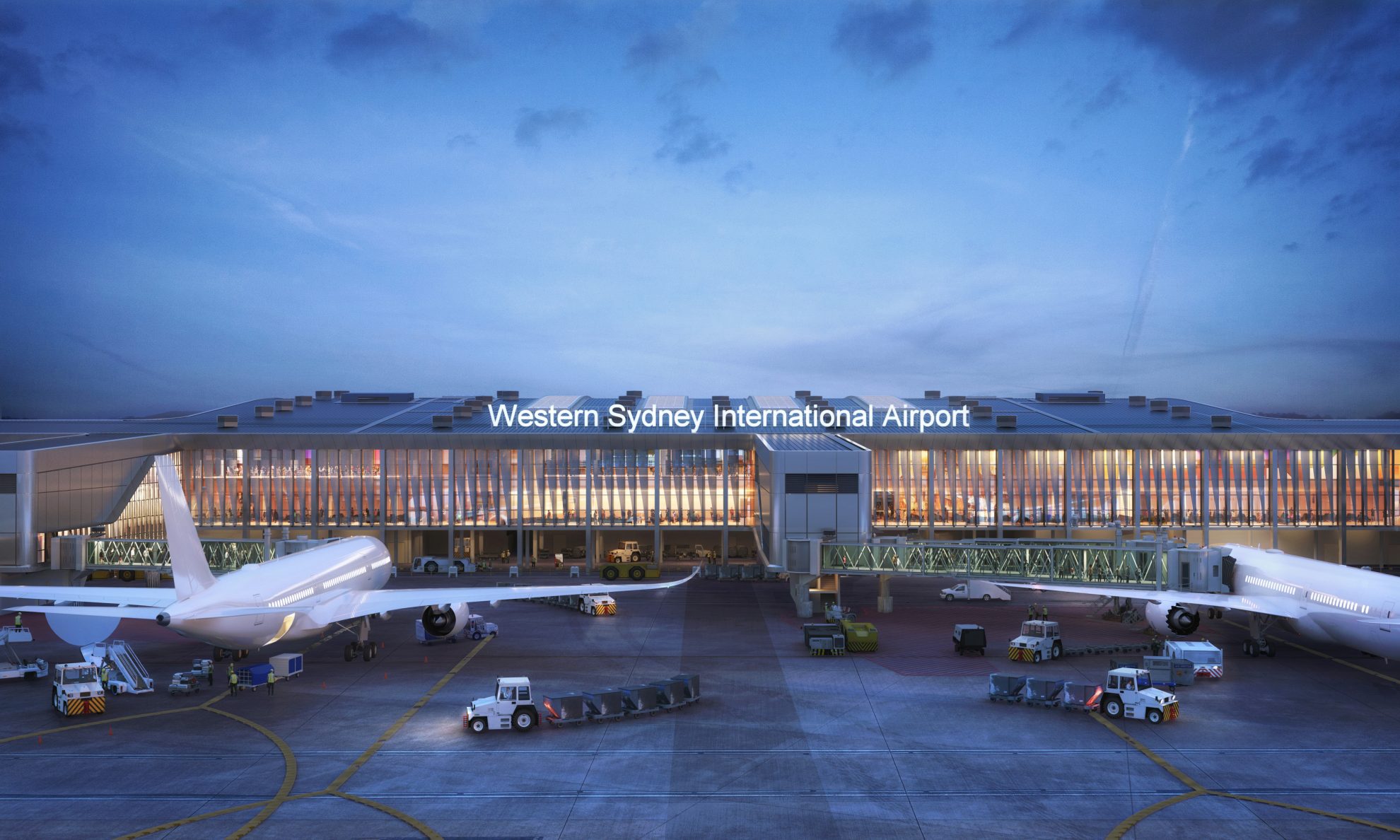 The airport design incorporates sustainable design principles across the building’s architecture as well as its construction principles. The project integrates the extensive use of daylight, natural ventilation and water recycling to create a modular, energy-efficient design. The building is also sensitive to its local context, reflecting its natural landscape and the cultural heritage of its indigenous inhabitants.

The airport’s terminal roof design assists in intuitive navigation for users. Inspired by the light filtration of the local eucalyptus tree and the curly forms of its bark, the design follows a set of simple geometrical and structural principles that provide a sophisticated sequence of discovery. In addition, the roof’s elegant, single-ridge shape was inspired by the aerofoil profile of an airplane wing, tapered so that when seen from below, it gracefully caps the Main Terminal Building and piers.

We are honoured to have been selected for this amazing project. The design is an evolution of Australian architecture past, present and future. It draws inspiration from both traditional architectural features such as the veranda, as well as the natural beauty of the surrounding bushland 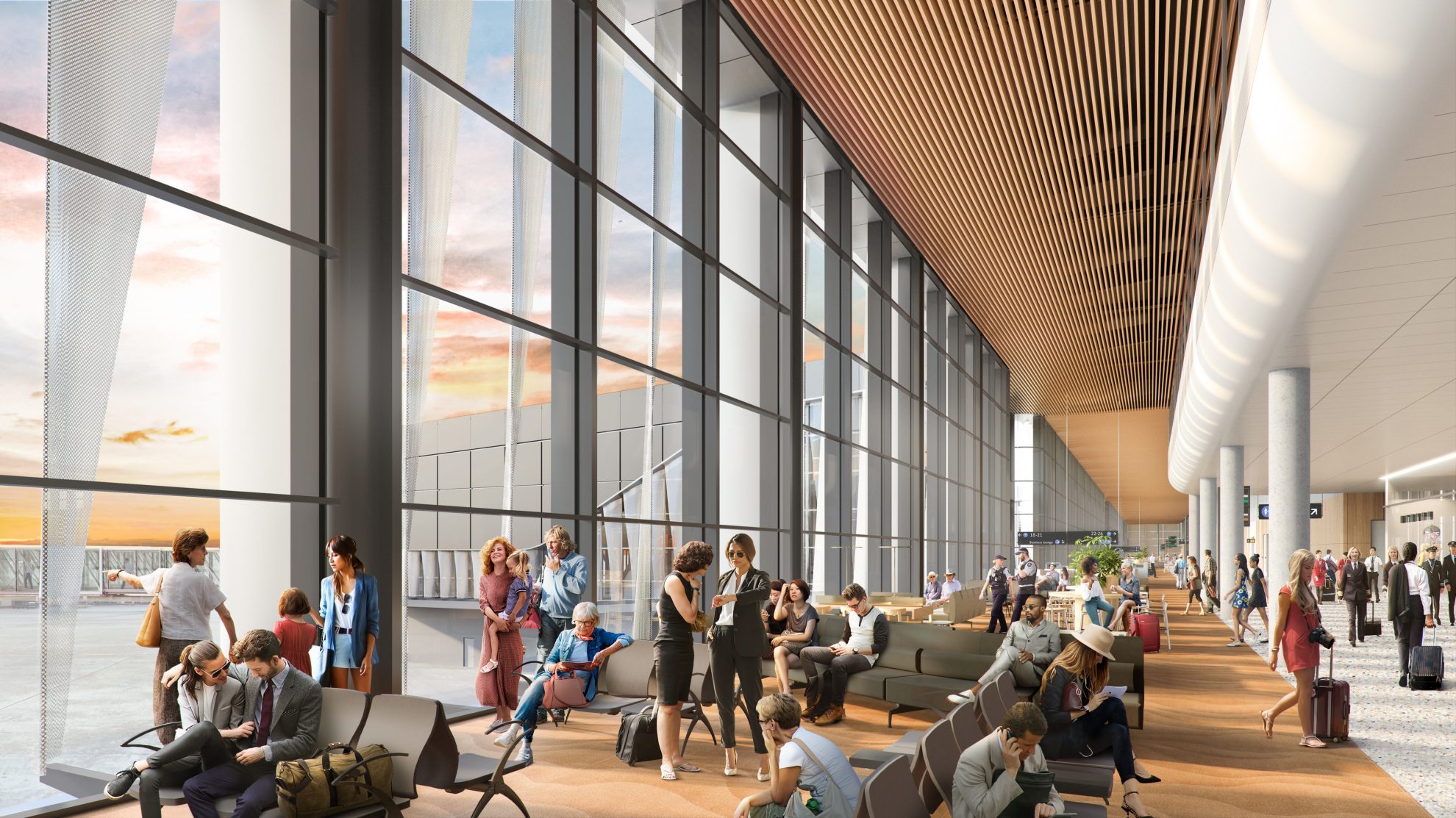 The design of fixed link bridges provides clear views of the aircraft and apron during the boarding process. Inspired by the turbine blade of a jet engine, the perforated metal screening fins have been designed with a gradual curvature to create varying moments of minimal and then full coverage glazing. The fin design allows for unrestricted views from floor level to two metres in height. The screens will be made of perforated metal, allowing light to filter into the Terminal Building while reducing harsh light and glare.

The new Western Sydney International Airport will be built in four stages of expansion, beginning with the initial stage of 10 million annual passengers (MAP) by 2026, with further increments up to 82 MAP, making it the largest international gateway to Australia by 2060. As Master Architect, Zaha and COX will provide an overarching design for the entire airport precinct including design guidelines for future expansion. At the same time, the team will prepare the design documents for the execution of the first phase of the new Terminal Precinct.