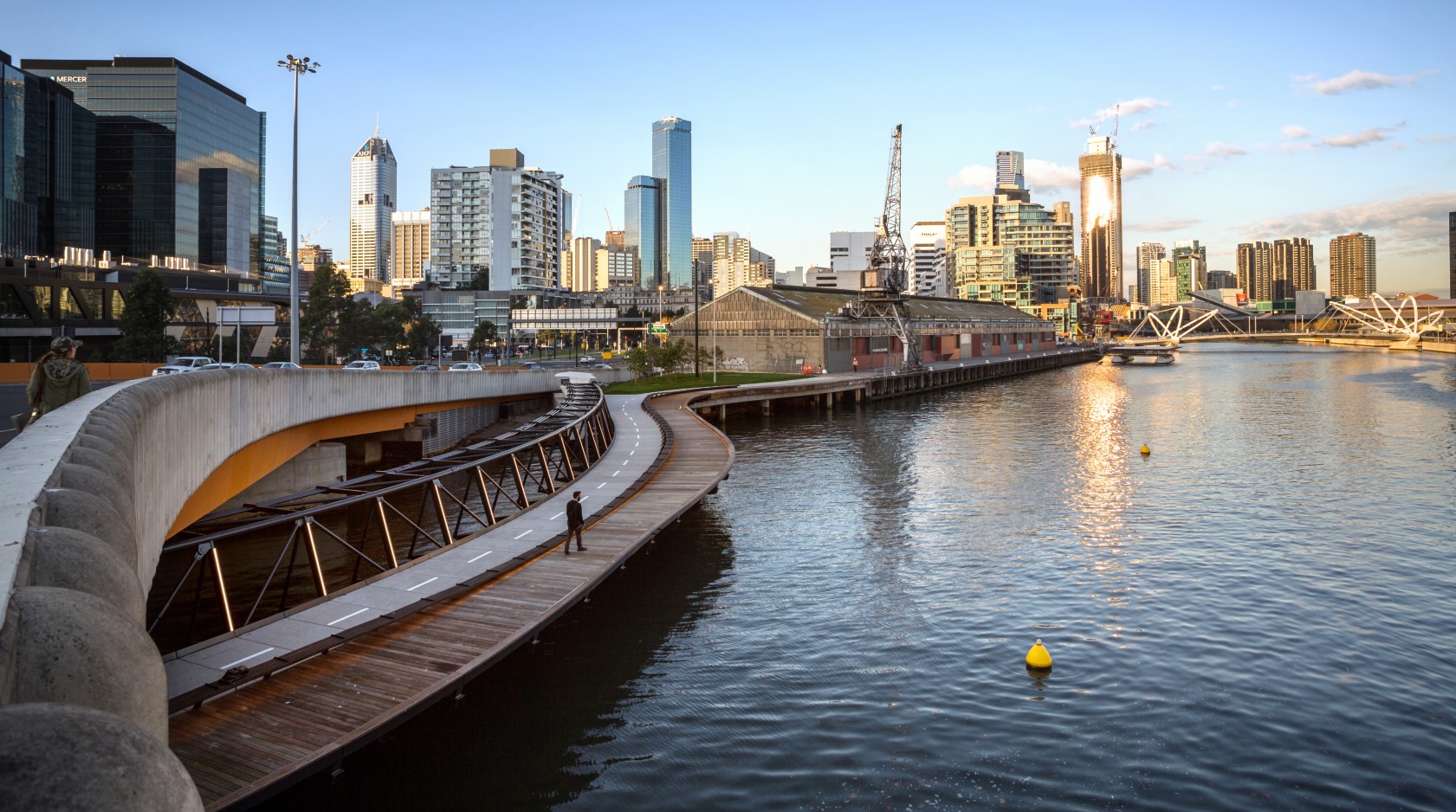 The Jim Stynes Bridge (JSB) is a lightweight structure over the Yarra River providing a vital missing pedestrian, bicycle and commuter link between Melbourne’s CBD with two of the city’s most important precincts, Docklands and Southbank.

The Yarra River is a key defining feature culturally, historically and geographically of the Australian port city of Melbourne. While the city’s relationship has long been limited to perpendicular crossing points, more recently attention has refocused towards and along the Yarra. At the fulcrum point between the river and Docklands precinct, an important existing vehicular bridge delivers traffic from the southern motorways to the Melbourne CBD. In the process, it acts as a barrier to pedestrian and cycle paths on the river’s north bank. Addressing this, the new Jim Stynes Bridge arcs out 30m over the river and falls gradually to achieve head clearance under the vehicular bridge. 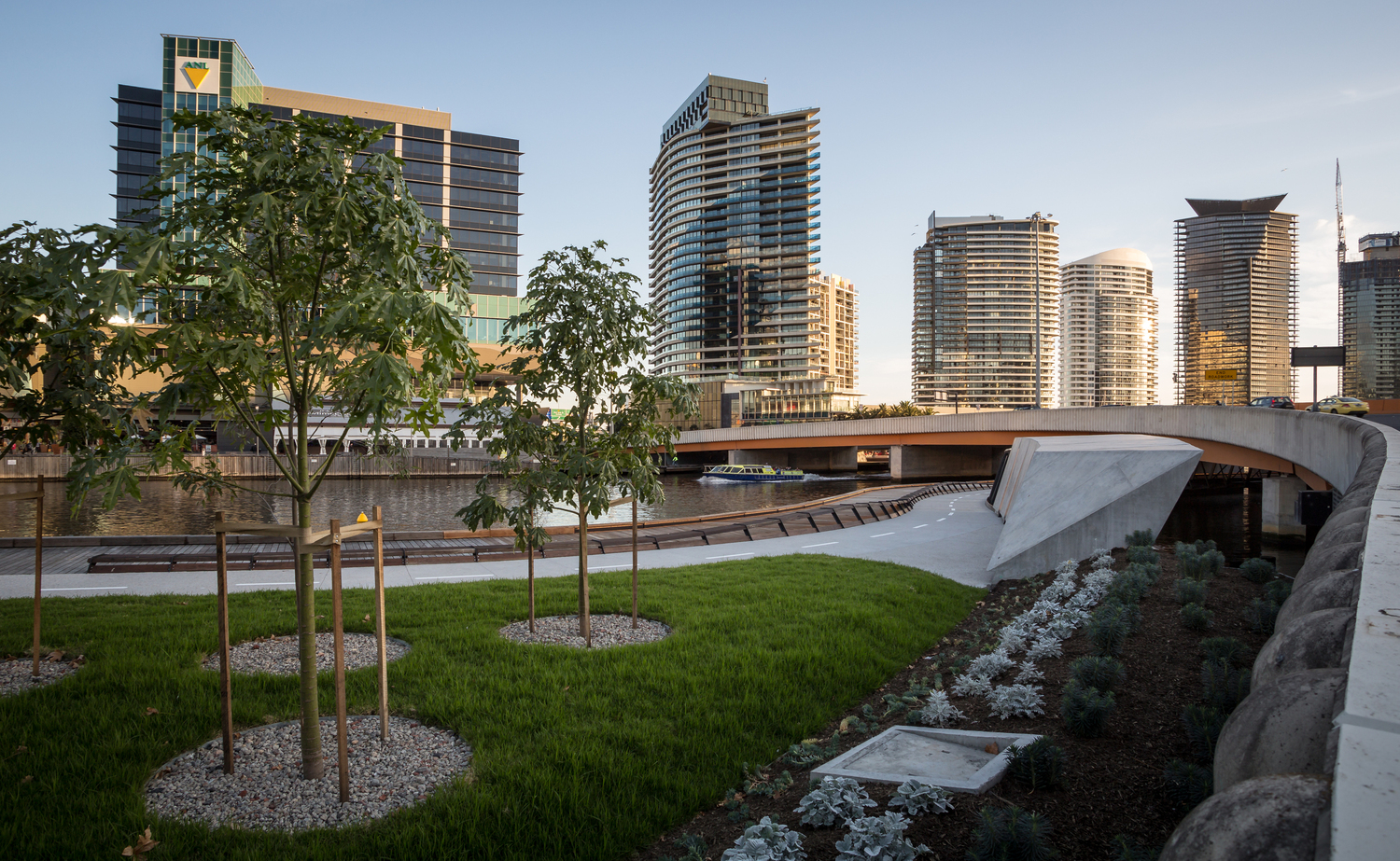 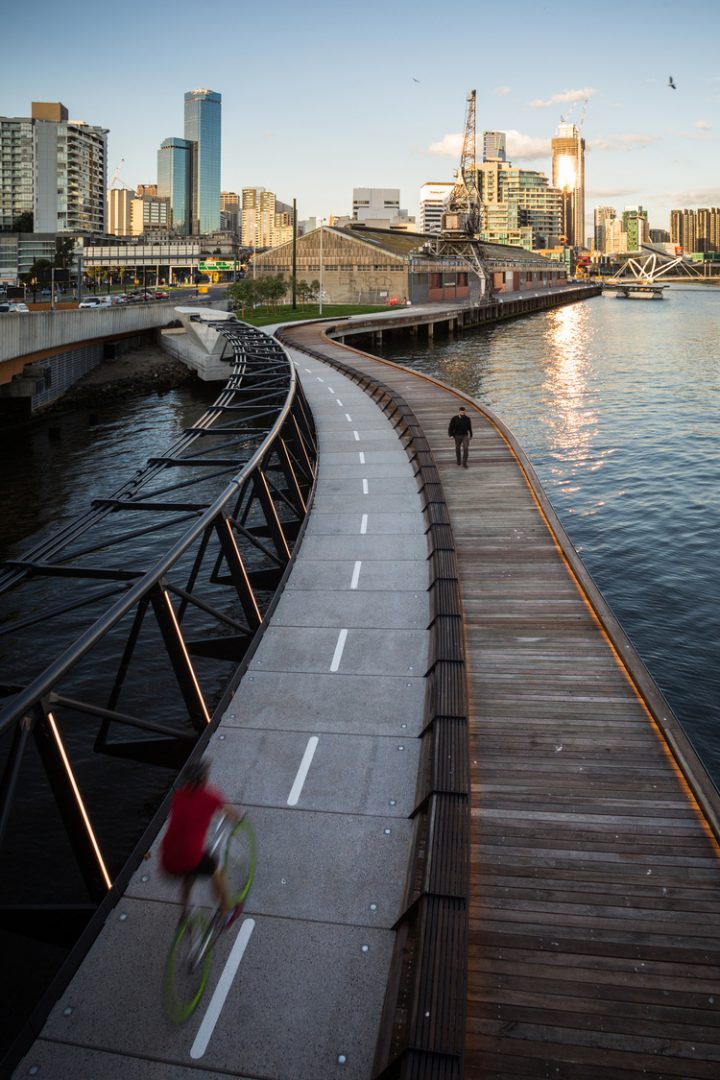 The new bridge’s perfect arc form in plan provides a smooth transition for cyclists while allowing the structure to act in tension as a horizontal suspension bridge. Over its 125m length, the bridge only touches the river twice – minimising the impact upstream in extreme flood events. 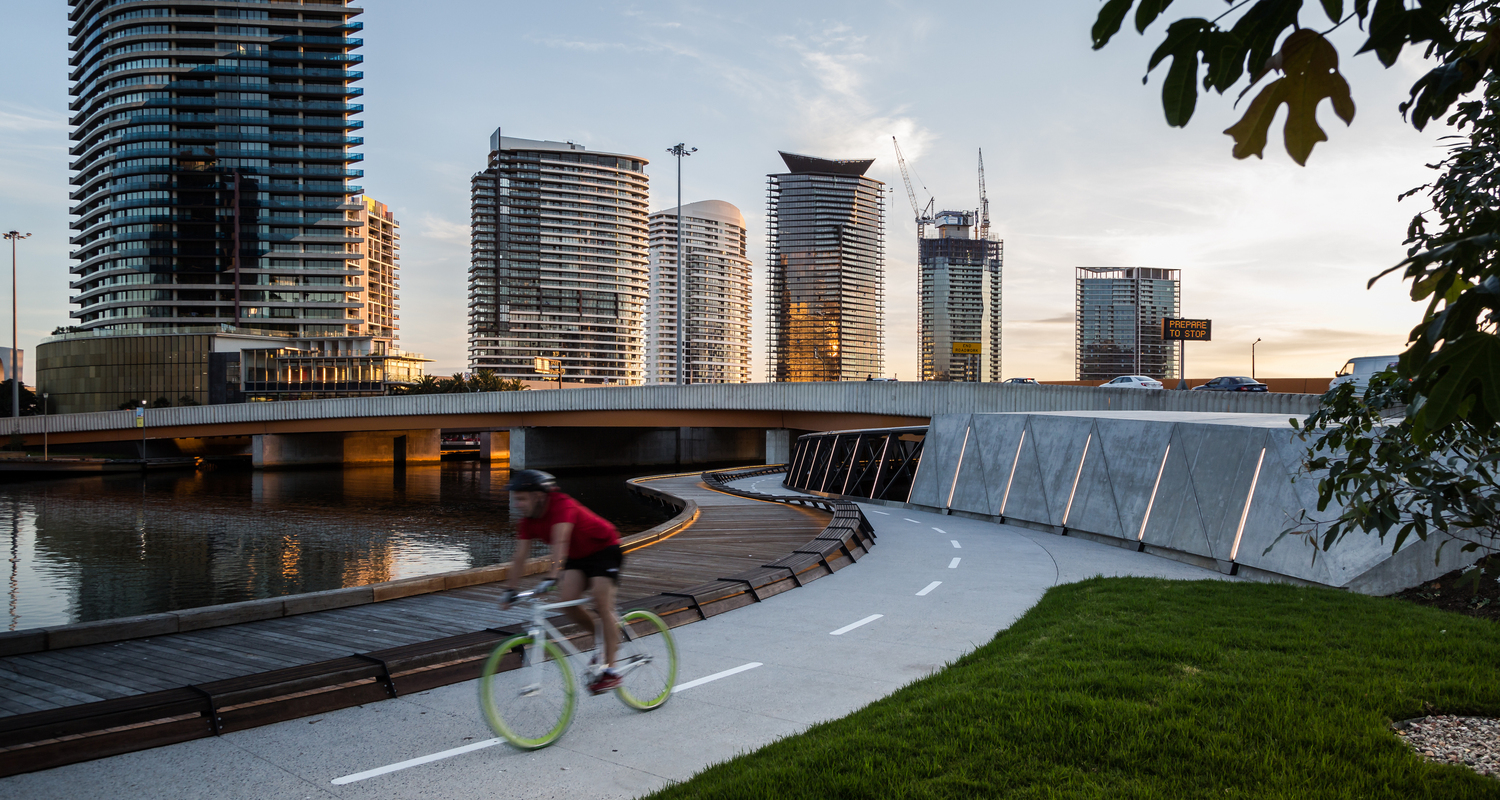 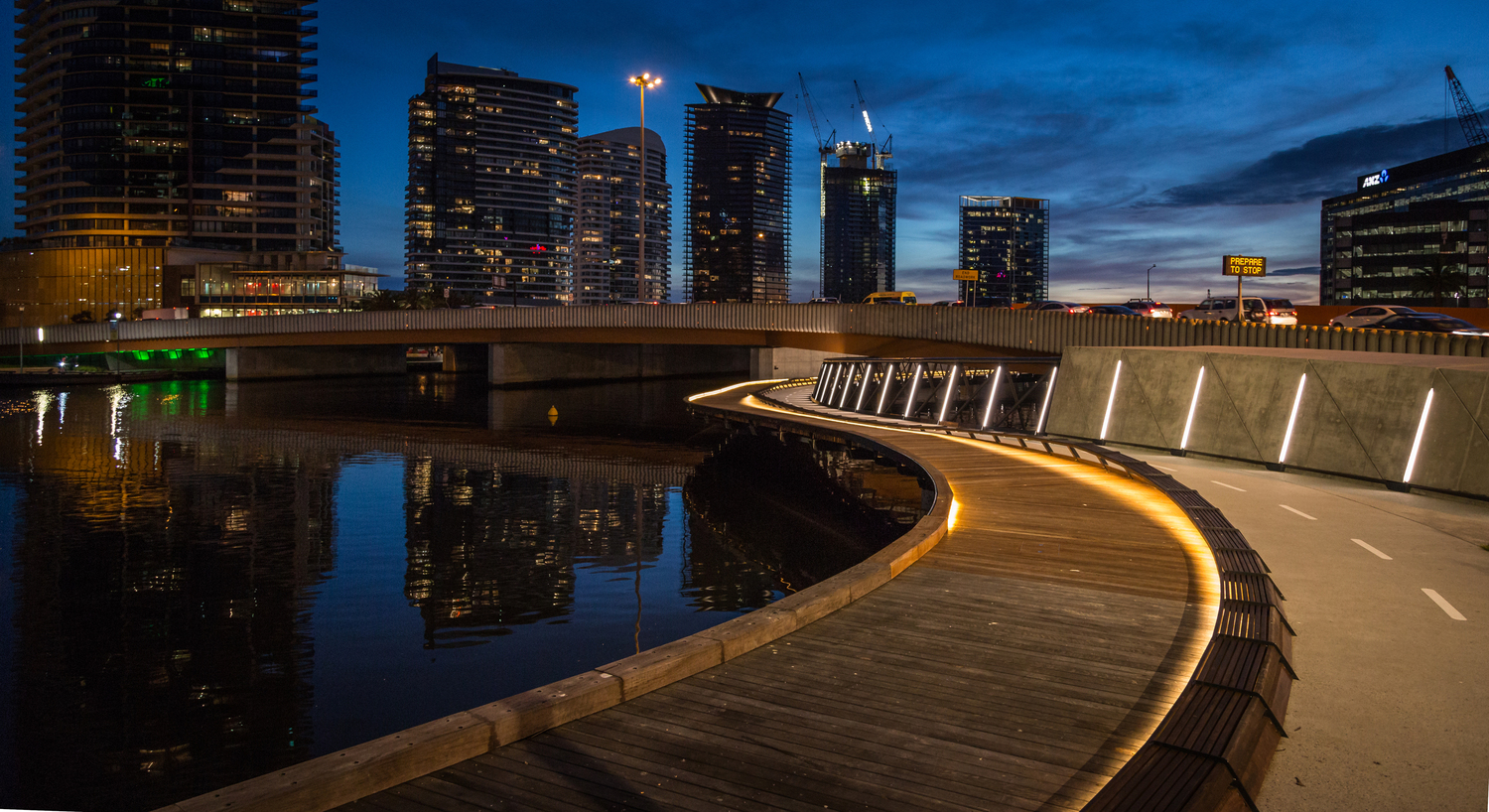