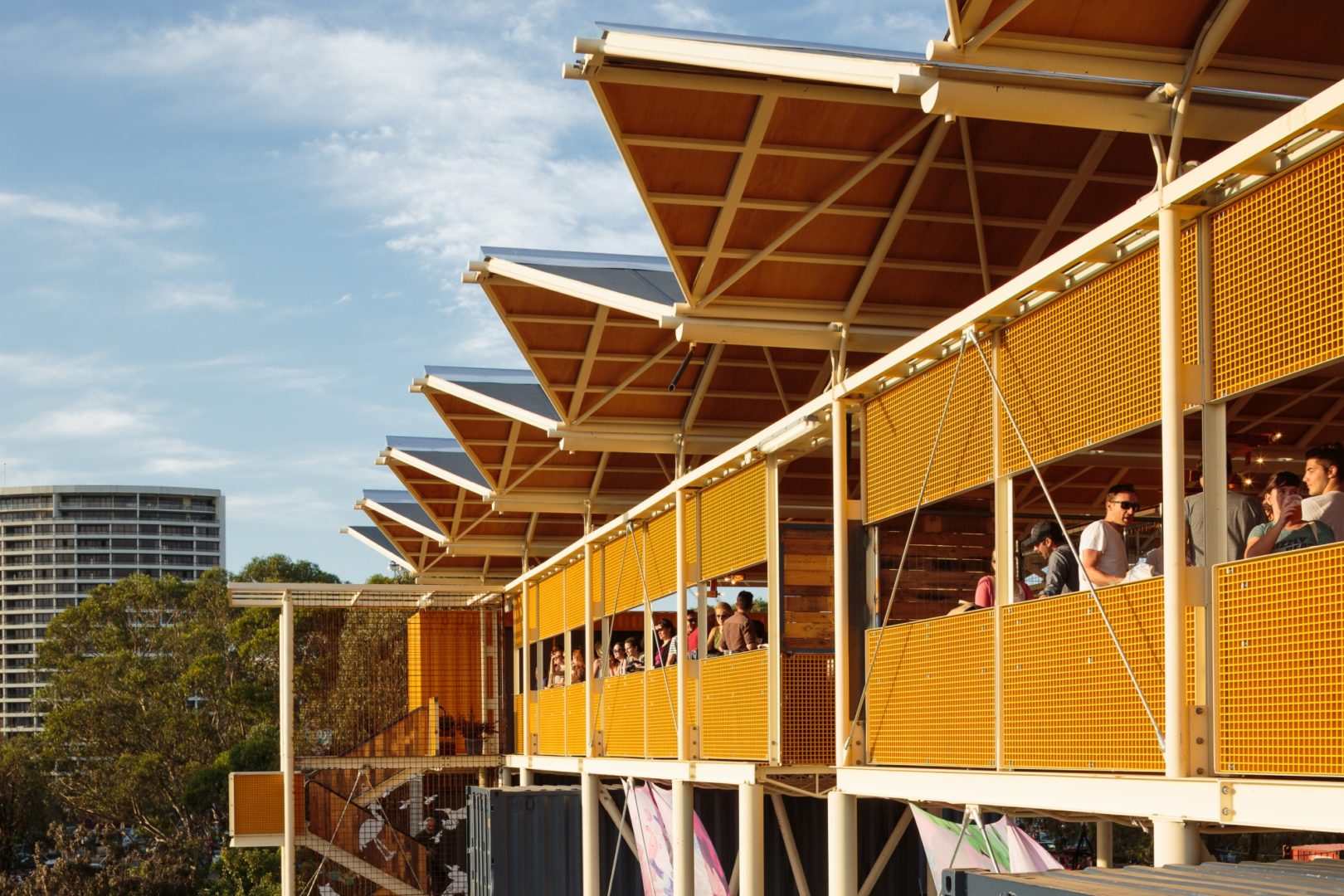 Led by the ACT Government, Westside Acton Park was a temporary entertainment and park space on the shores of Lake Burley Griffin.

The project was located at the West Basin Waterfront development – the first stage of the ACT Government’s ‘City to the Lake’ urban renewal masterplan. The masterplan aimed to better connect Canberra CBD with Lake Burley Griffin. To fill the time before the West Basin construction commenced, COX Architecture, in collaboration with Murtagh Bond Engineers and Stomping Grounds Collective, created a temporary hub of public amenity on the waterfront.

The Westside temporary structure departs from the conventional notion of permanence in architecture – a theme applied to most buildings in the nation’s capital. Unlike the grand civic buildings that loom across the central basin, Westside was liberated from a specific program and its associated aesthetic baggage. Westside was dynamic, changing its composition depending on the order of the day. It turned its back on ‘form follows function’ – as it had no function.

Westside Acton Park was assembled from prefabricated elements, including shipping containers, and installed on site. The temporary park played host to a range of cultural, artistic and sporting activities throughout its tenure, disassembled in April 2017 to make way for the new development.

The four-storey mass was easily visible from key approaches, both vehicular and pedestrian, and provided an opportunity to promote the future vision of the city. The elevated deck on the top floor afforded the public with elevated views of the city, typically reserved for privately owned and secure ‘high-rise’ buildings.

The ACT Government approached COX Associate Ronan Moss to generate ideas for how the West Basin area could be activated before it was developed. With previous experience in pop-up projects for Canberra’s centenary and subsequently a series of pop-ups in New York, Moss’s ideas for an activation, incubation and multi-layered space eventually gained momentum and Westside Acton Park was born. Stomping Grounds Collective, of which Moss is also a part of, had conceived the idea for the temporary activation.

The pop-up project built on the idea of a town square. 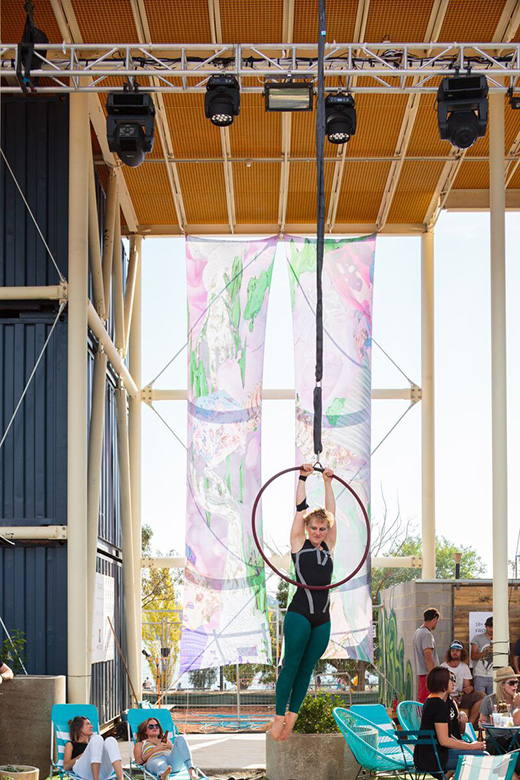 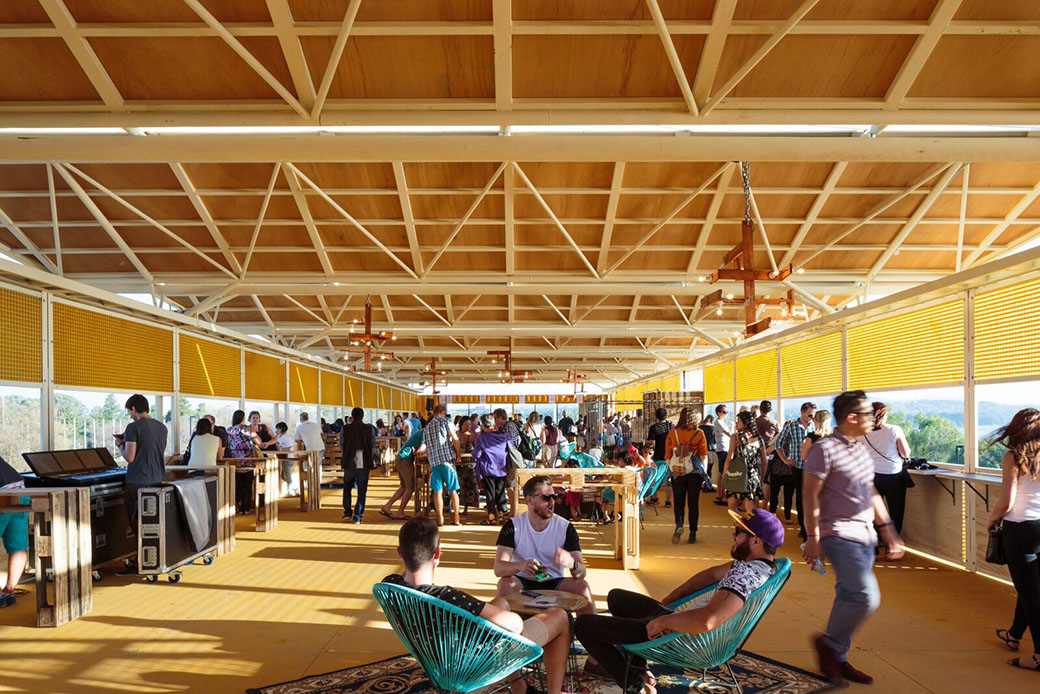 The nature of a square is something that creates the opportunity for multiple types of activity. The square can become a place for sporting events, cultural events but can also be activated with retail and restaurants. 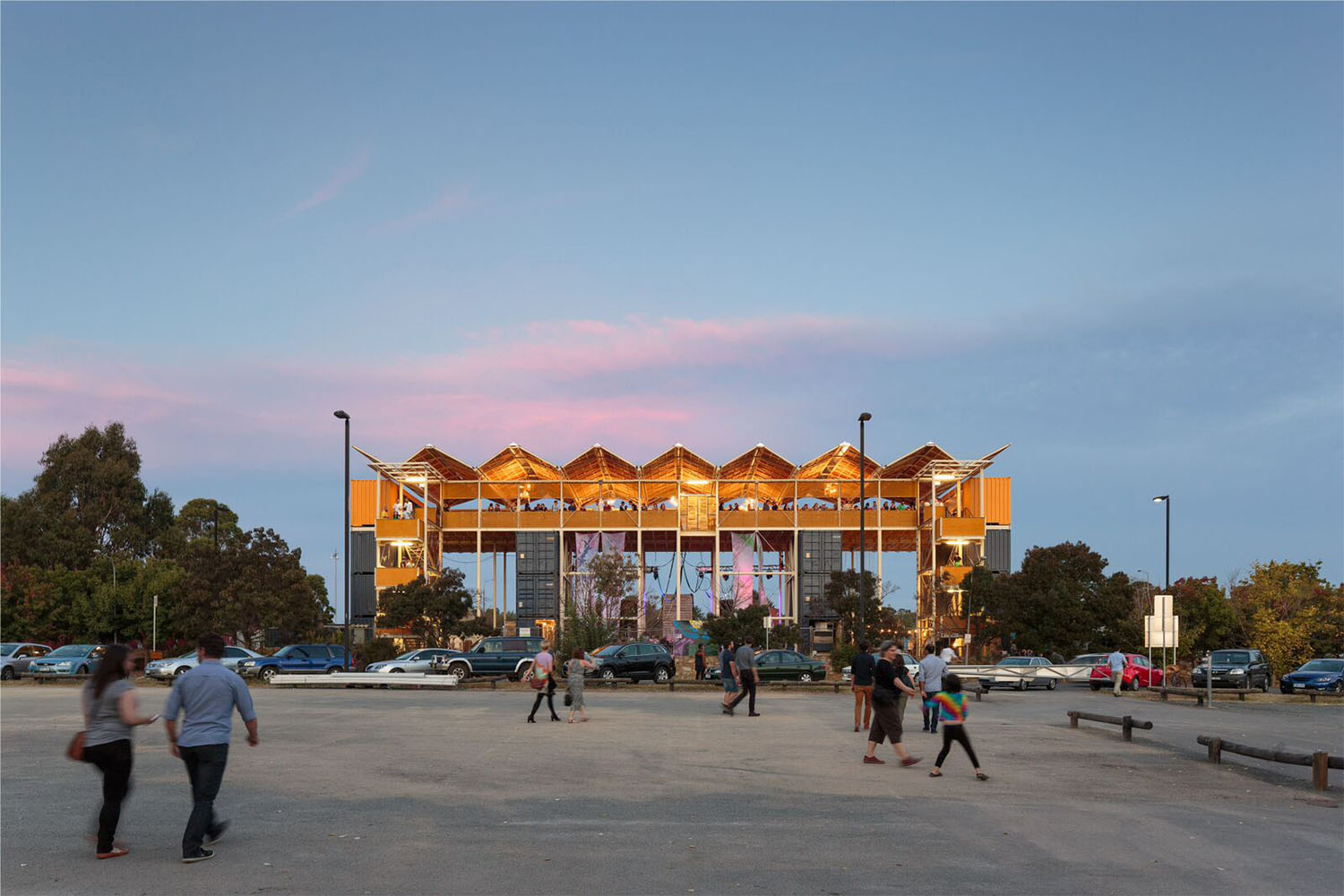 The site’s past as an outdoor Futsal field, with a flat engineered concrete slab, provided an ideal base for the built structures. Ronan Moss described the structure as ‘Meccano-like,’ consisting of primarily shipping containers and metal piping. The project, albeit a ‘pop-up,’ was no small feat – covering 500 square metres with all elements able to be reused into building works around Canberra.

Westside Acton Park brought a sense of rawness and industrialism to the usually quiet, clean and tidy political hub of Canberra.

The project’s design allowed it to be used for a range of activities, from touring bands, local musicians, theatre performances and sporting activities. There were also spaces for retail tenancies, with local hand-made goods sold to visitors. 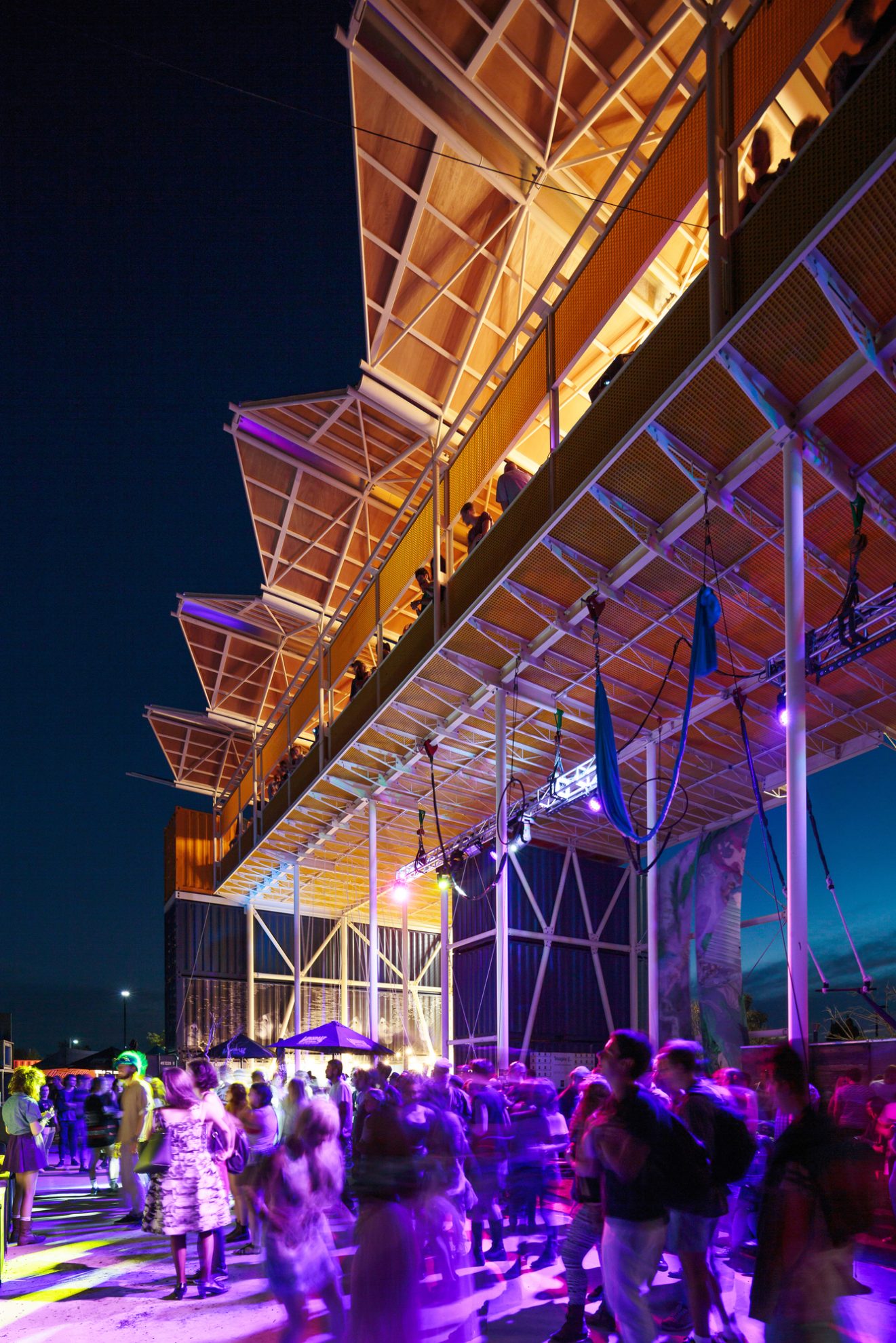 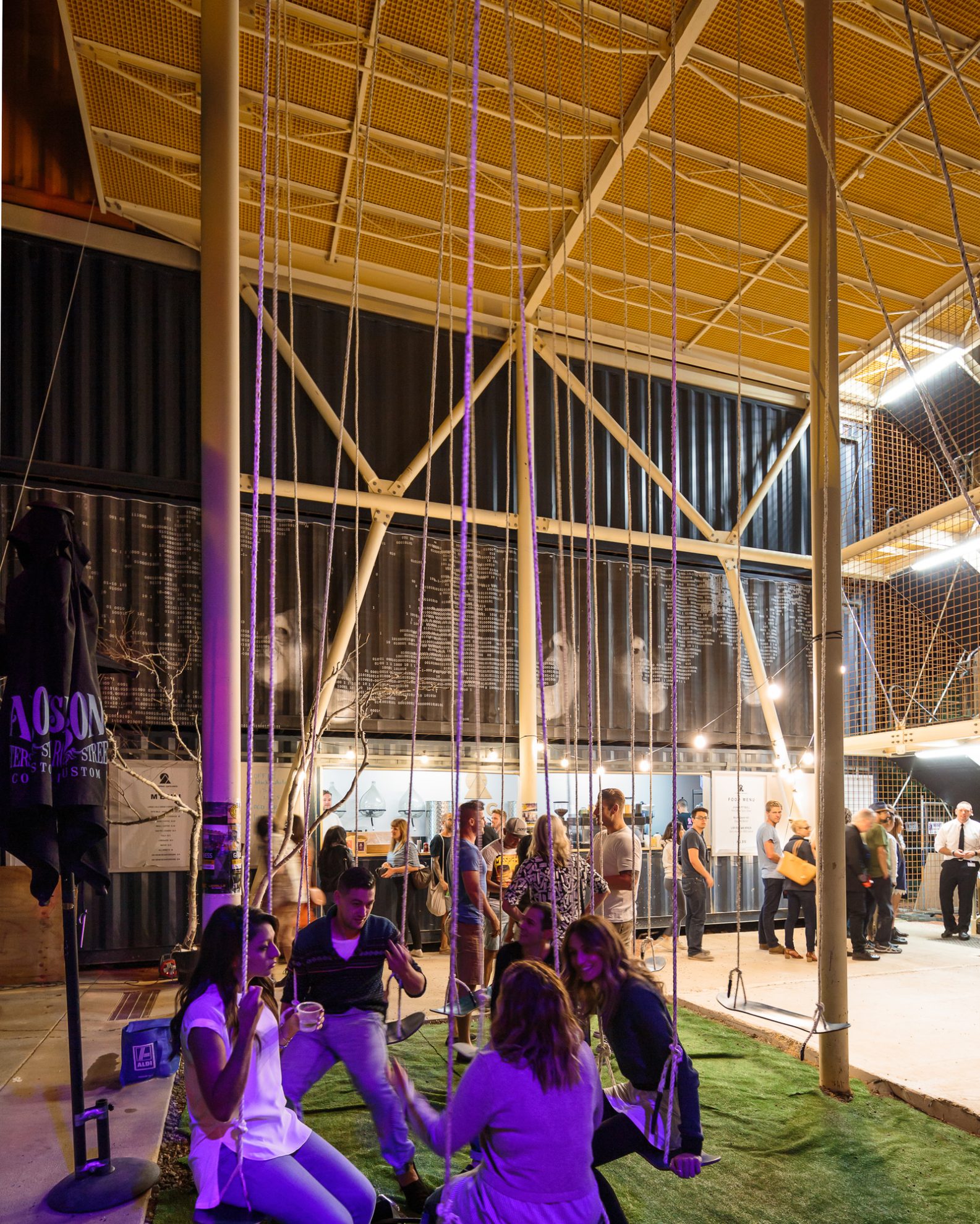 The ideas in Westisde Acton park were comparable to Cedric Price’s 1971 Inter Action Centre in Kentish Town, UK, which was subsequently demolished. Ronan Moss said, ‘it also builds on the heritage of Archigram: architecture that acts more like an operable machine that is not necessarily specific to a so-called function.’

Moveable temporary structures are nothing new. The Westside project continues this heritage, proving once again architecture’s capacity to reinvigorate an otherwise underutilised, if not forgotten, part of the city.  Westside Acton Park opened in 2015 and closed in April 2017. 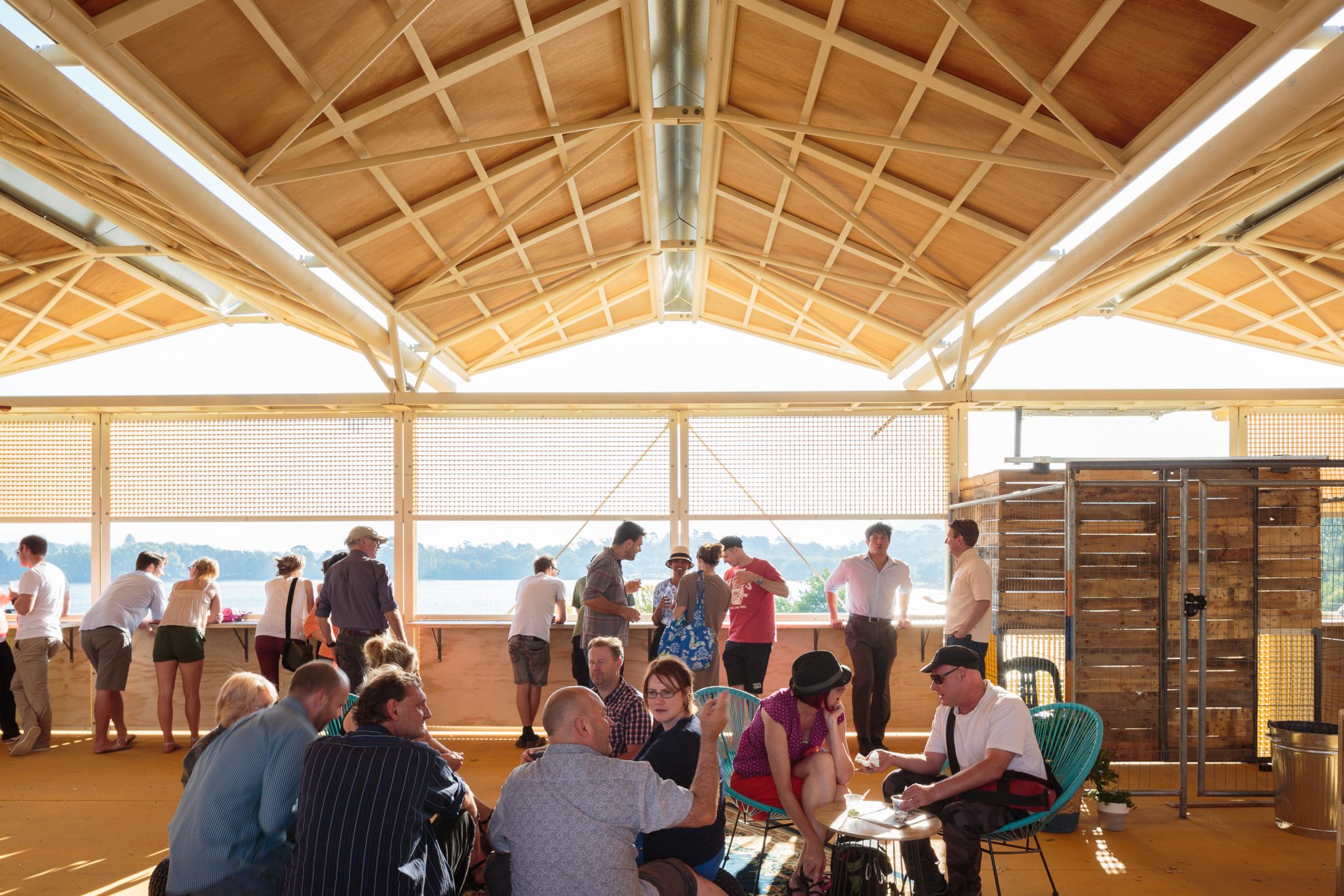 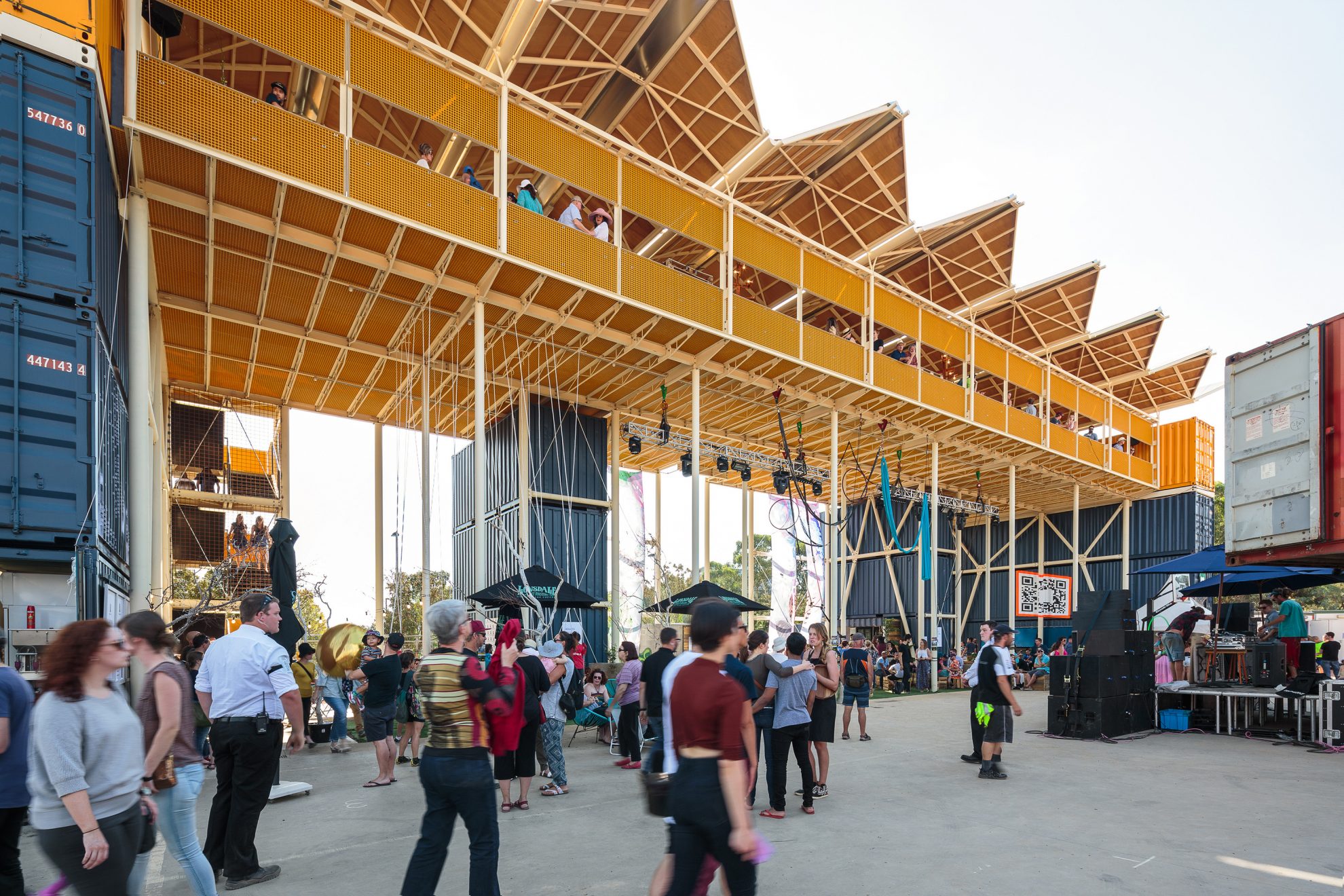