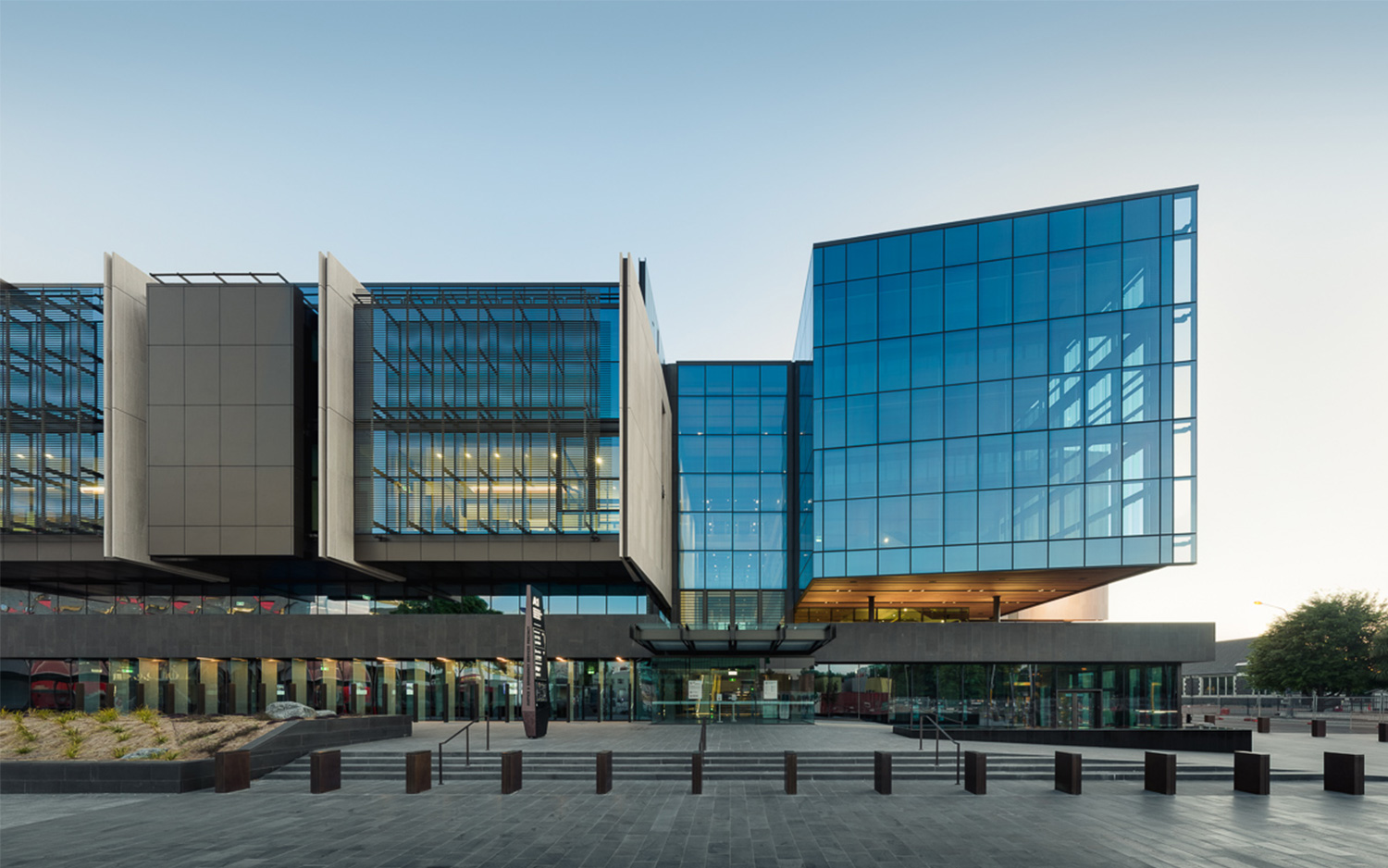 The Christchurch Justice and Emergency Services Precinct (CJESP) is the largest combined justice and emergency services facility in Australasia and the first major public building built by the New Zealand Government after the devastating earthquakes of 2010 and 2011.

The precinct is made up of three buildings; the courts building, the emergency services headquarters and a car park for operational vehicles across the road.

The building is a commitment to the quake-prone city, designed to protect its citizens from the natural disaster. Taking up an entire city block and combining services that prior to the 2010 and 2011 earthquakes were spread across 22 locations, the CJESP is a symbol of safety for the people and a stern embattlement against future events.

Officially opened in September 2017, the site aims to bring more life into the city with close visual links to the beautiful Avon River and Port Hills. Five years in the making, the design was a collaborative process by Warren and Mahony in association with WSP Opus Architecture and COX Architecture.

From the street, concrete denotes the buildings civic grandeur, where extensive glazing, artwork and bronze accents add a sense of softness. The design of the building seeks to steer clear of the ‘norm’ for justice buildings that often comprise of looming dark mahogany walls and bland corridors.

The site’s size enabled the design of a luxurious courtyard, furthering the precinct’s sense of openness. A glazed public atrium overlooking the courtyard means all circulation and waiting areas have views of green space or the city. The courts themselves look out onto the street and benefit from natural light that is filtered through fins and external artworks. 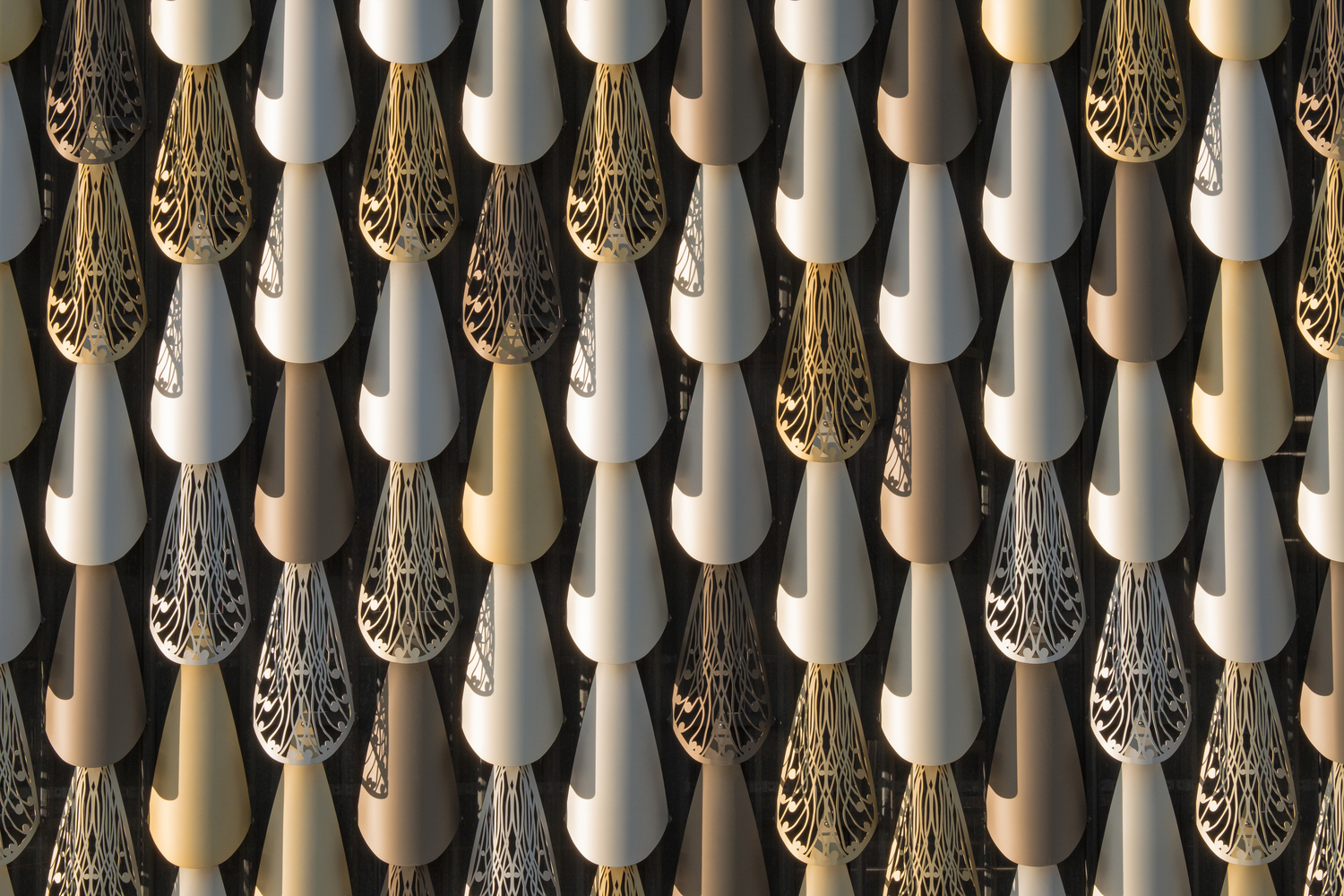 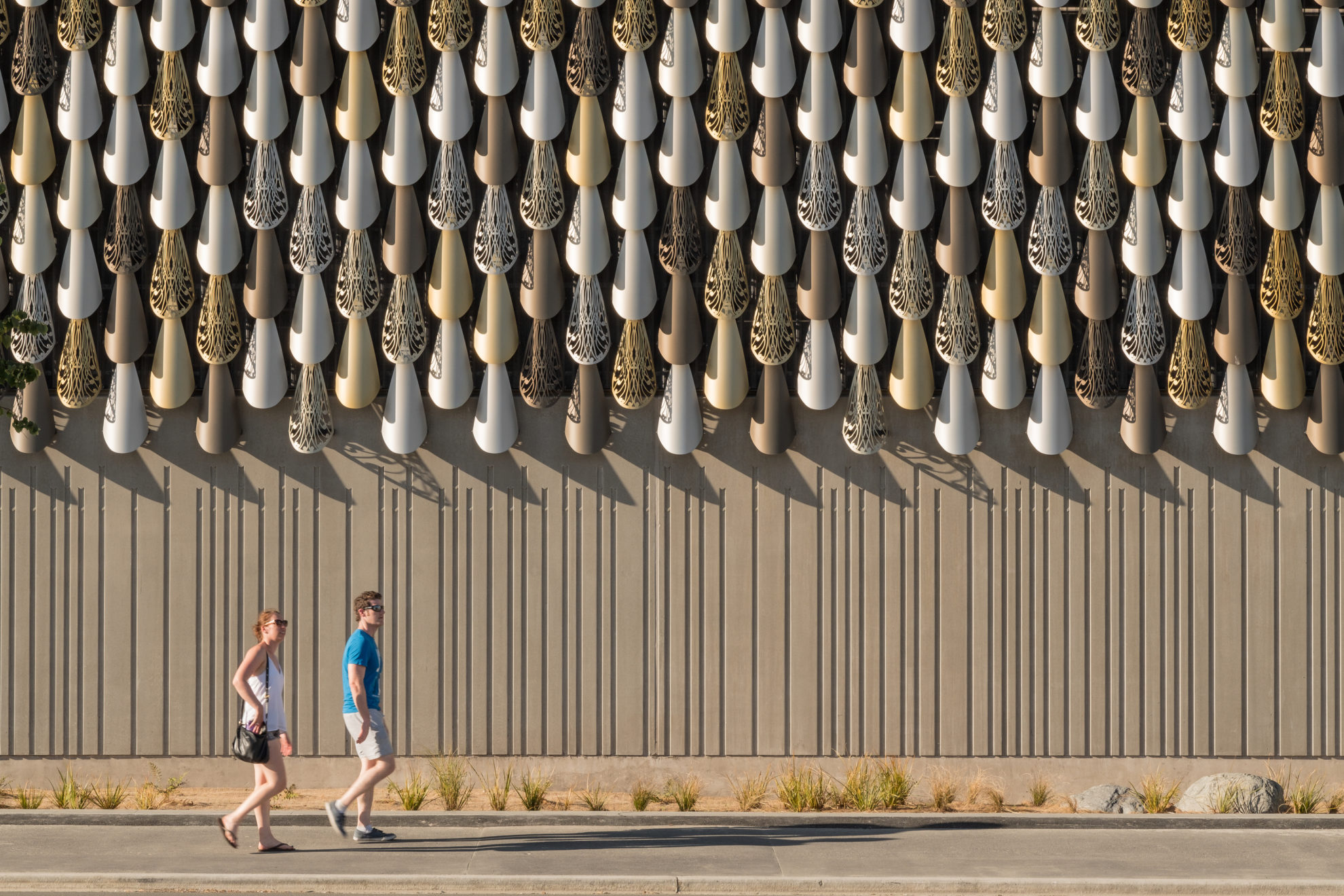 Court buildings are traditionally dense and visually impenetrable – purposely designed this way to convey an intimidating sense of authority.

The CJESP sought to be different, openly inviting the public into the precinct. The primary design driver was accessible public entries and free-flowing movement paths around the complex.

This design framework led the placement of key operation spaces with the precinct not only meeting standard functional and safety requirements but offering best-practice interior environments.

A light-filled courtyard acts as an anchor for neighboring buildings, with the foyer, waiting and circulation spaces all surrounding it. This strategy ensures that all public spaces, including the 19 courtrooms, are filled with streams of natural light and views of the city.

Inside the atrium, hospitality, waiting and customer-service areas are arranged. Wayfinding was a key factor in the design, embedded in the internal design of the atrium with clear lines of sight to stairs, lifts and transverse bridges.

These design strategies aim to create a space that decrease some of the stressful situations that will occur inside. 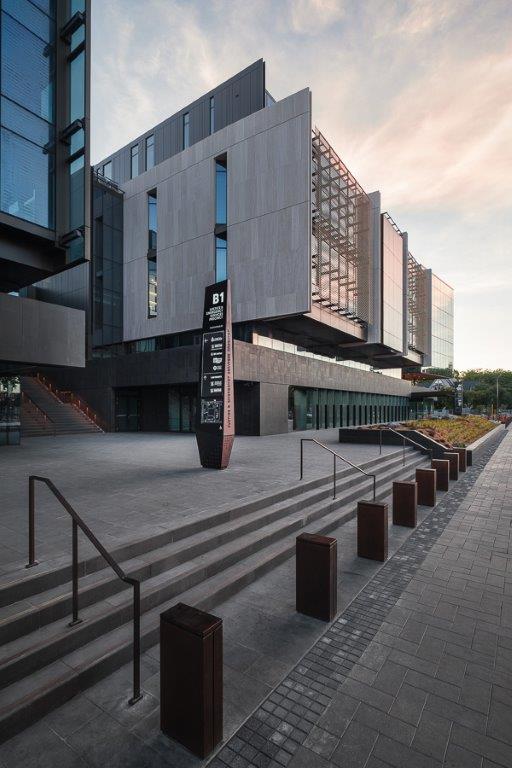 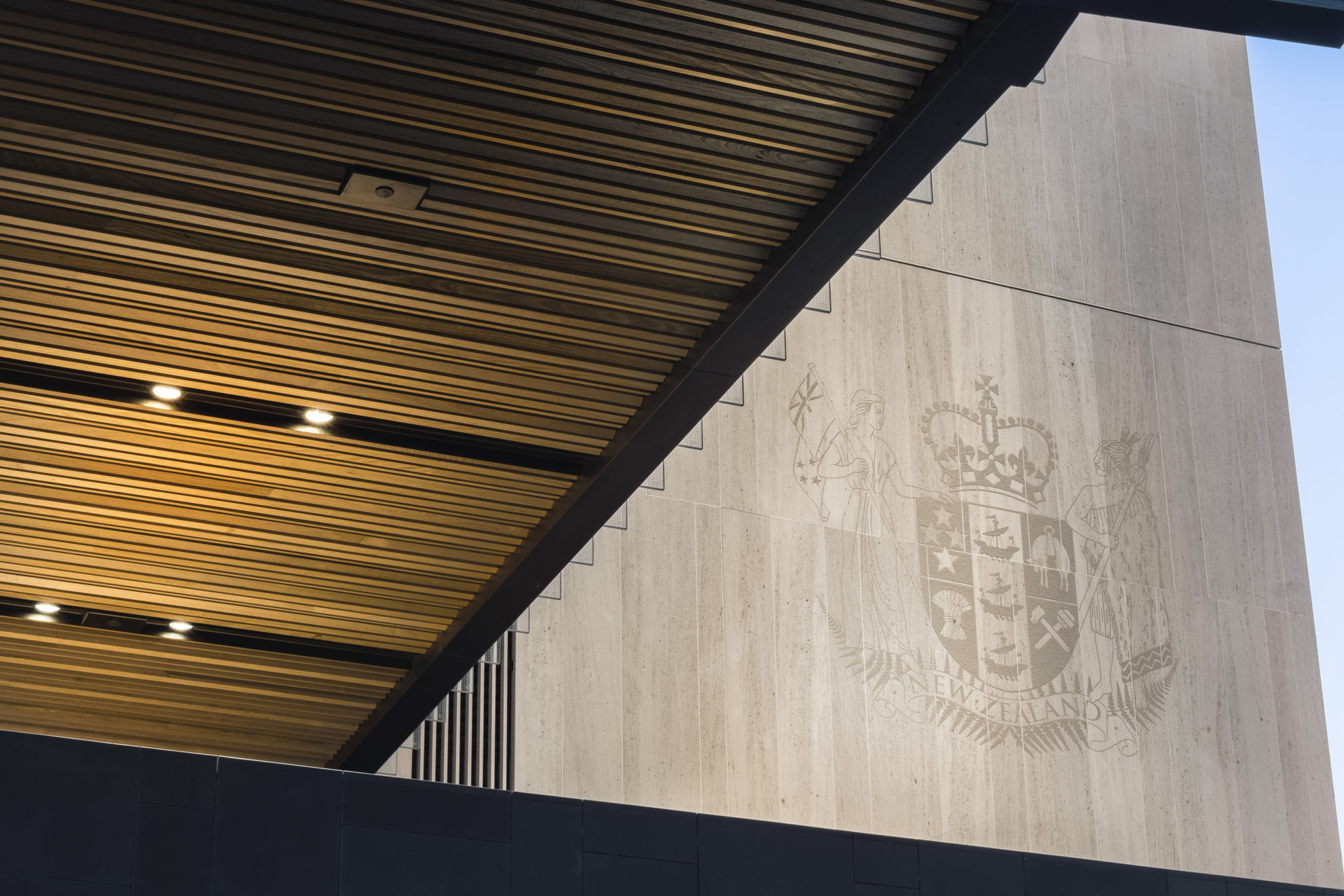 A driving factor in the CJESP coming to life was the government’s dedication to fostering collaboration and spatial efficiency for emergency sectors.

Partly in response to the unforeseen destruction that would sweep Christchurch following the 2010 and 2011 earthquakes, the new precinct provided New Zealand an opportunity to set up its first multi-agency Emergency Operations Centre.

Buildings were carefully designed to create interchangeable workspaces. These workspaces can be utilised as ordinary offices on ‘average’ business days, with the ability to adapt and create a space to manage Christchurch’s most devastating emergencies.

The material palette is contemporary and responds to surrounding typography, whilst simultaneously conveying permanence and civic weight. Bronze aluminium, natural stone, glass and timber were all used to provide legibility.

The Emergency Services Building shares common design themes with the courts but utilises subtle differences to reflect a more ‘civic’ and ‘service’ nature.

The Christchurch Justice and Emergency Services Precinct is an important marker in the rebuilding of Christchurch City and is symbolic of the government’s dedication to its city and people. 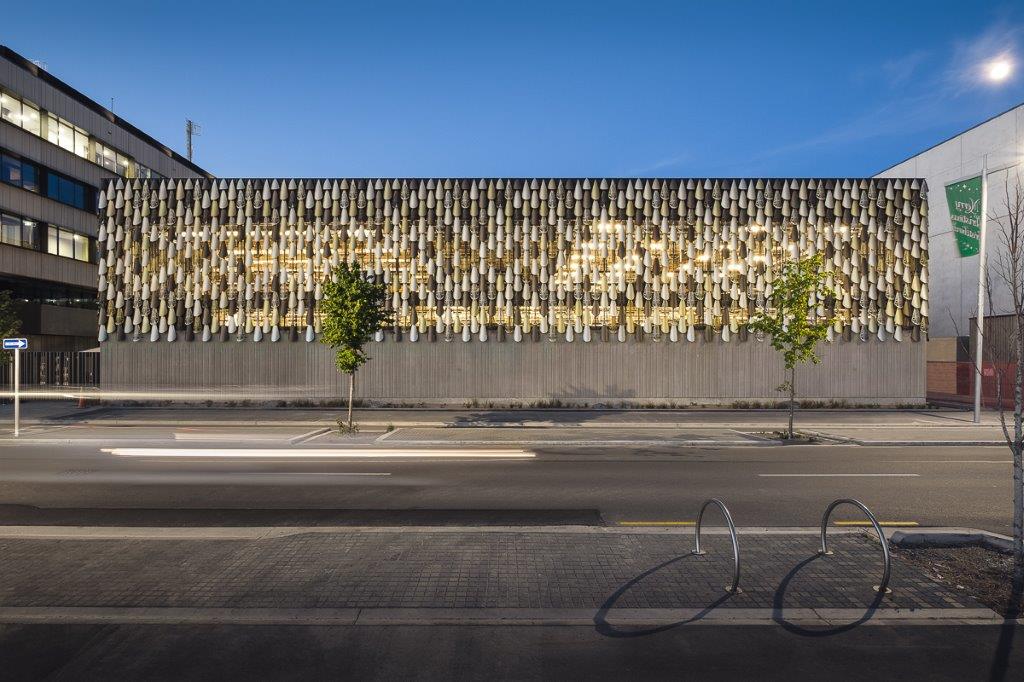 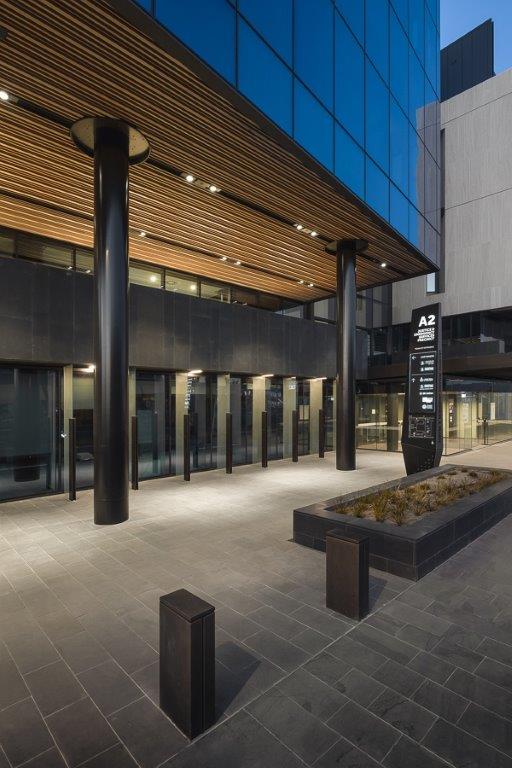 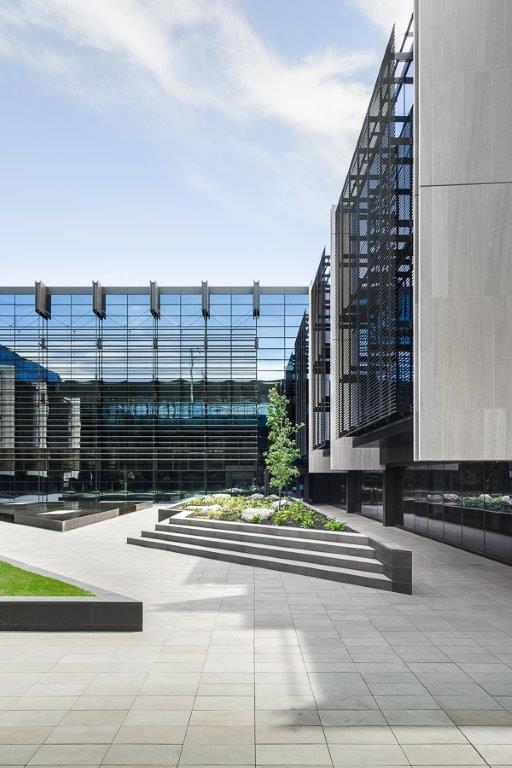 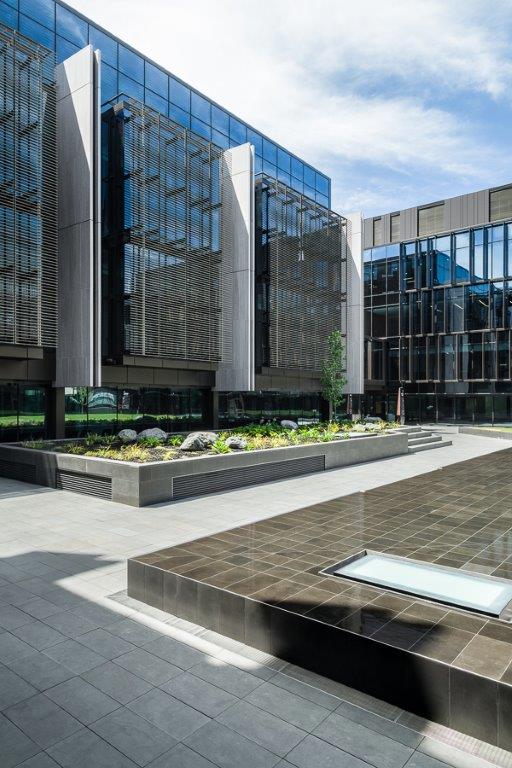 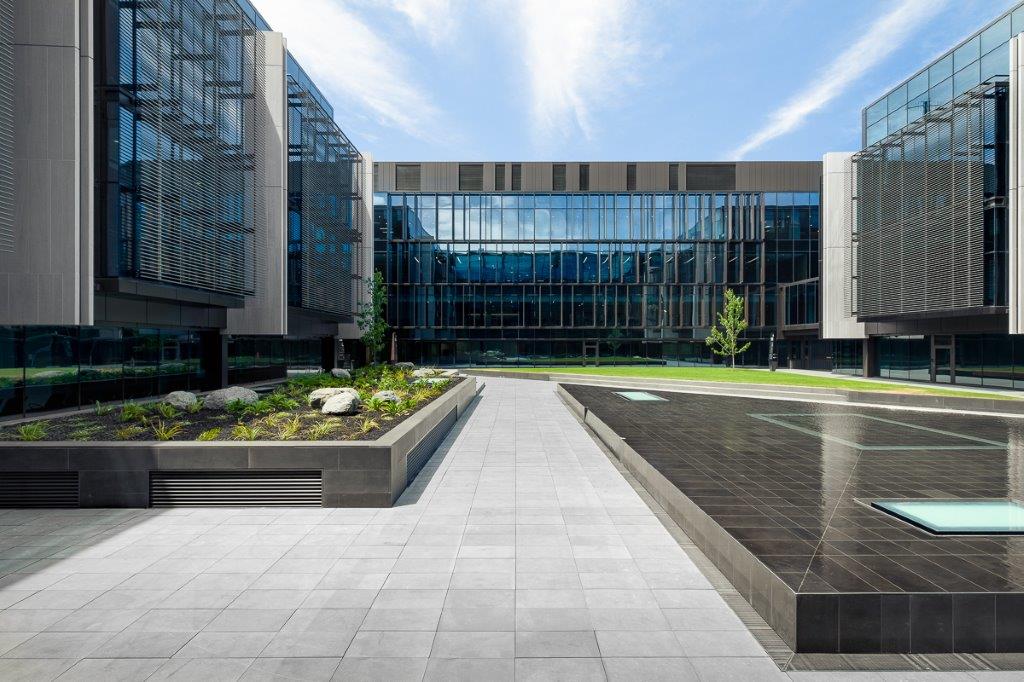 High Commission of Samoa in Australia

The Office of the Premier and Cabinet Room