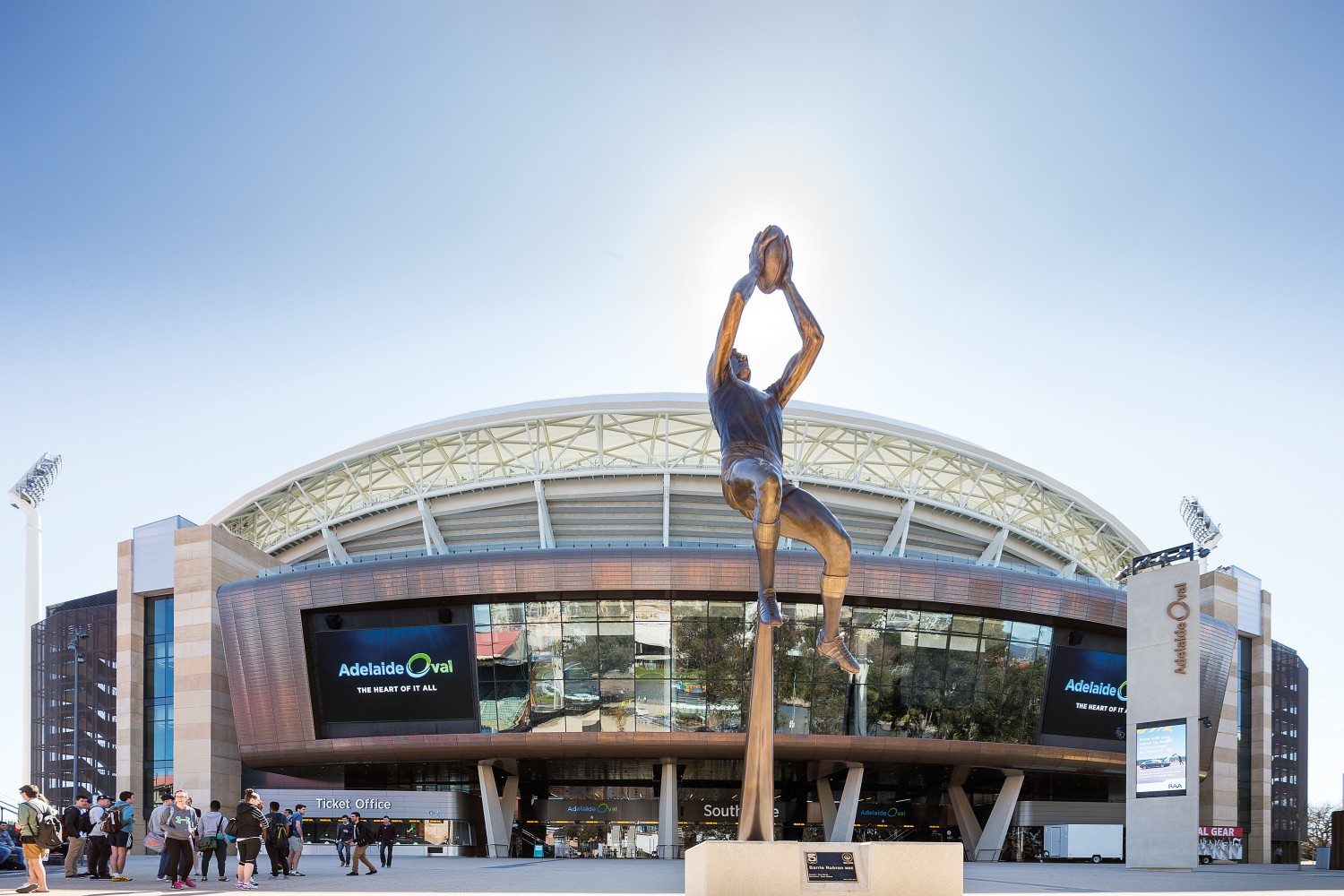 The Adelaide Oval has served as a gathering place for major sporting events and public ceremonies since colonial times, forming part of the cultural and social fabric of South Australia. Its parkland setting and unique backdrop developed its identity as one of the most picturesque cricket grounds in the world.

The redevelopment is a landmark architectural and urban design icon for South Australia. It has been recognised nationally as a leading example of sports architecture that positively contributes to the liveliness and vibrancy of the City of Adelaide. The project continues the site’s traditional place as a major destination for social and cultural interaction and has provided a significant contribution to Adelaide’s public realm. 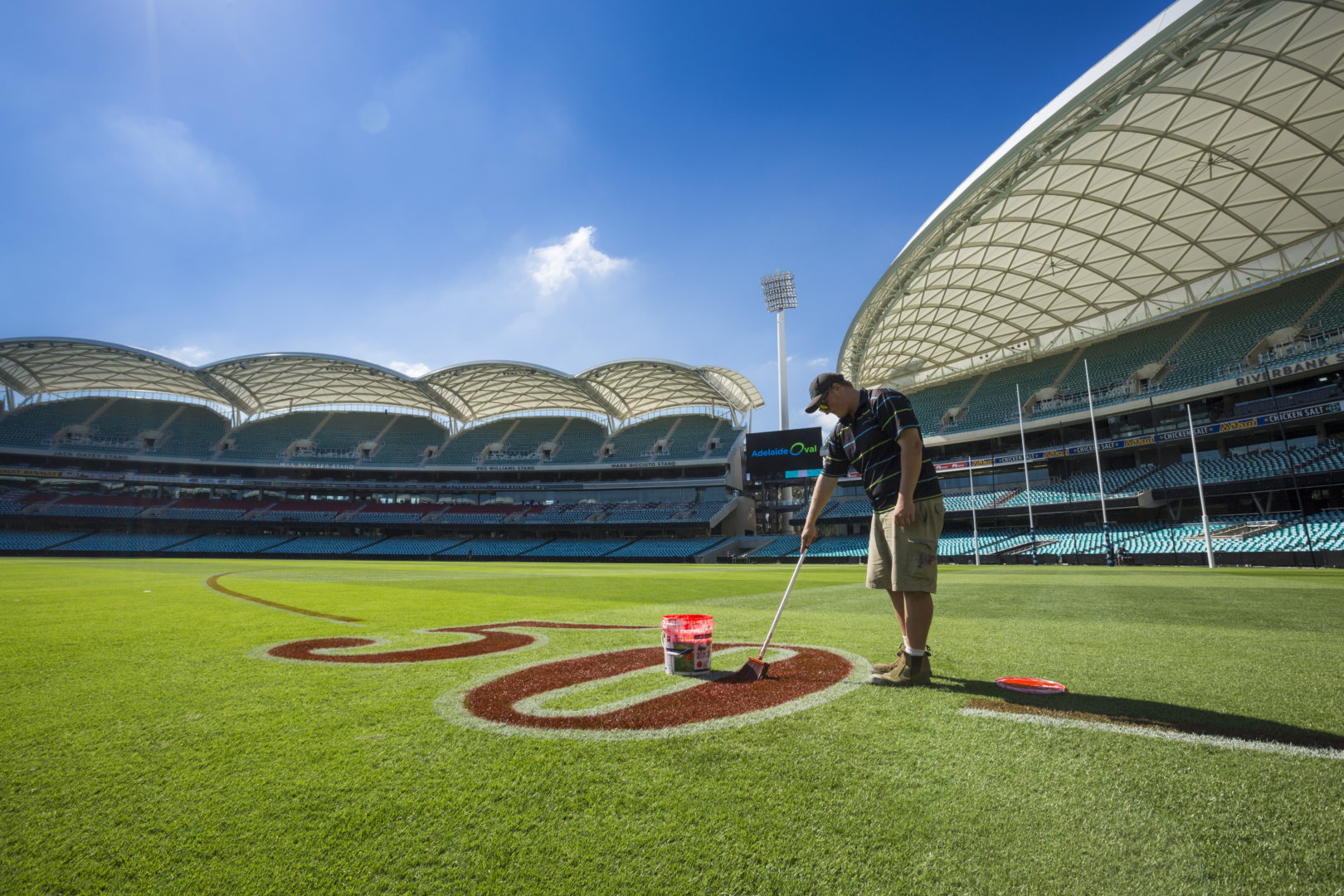 Perceived as three pavilions in a parkland setting, each stand responds to its site context and history, simultaneously projecting a unique sense of place that forms cultural identity and increased public purpose. The new pavilions, with a strong masonry base, articulated bronze façade, bowl structure and floating white diagrid roof form create a shared identity. Together, the pavilions assemble around the northern mound.

Of special note is the retention of the northern grass bank, its Moreton Bay fig trees enhanced by a new hospitality deck. This retention of one of the Adelaide Oval’s most favourite viewing points reinforces the globally recognized identity of the ground. 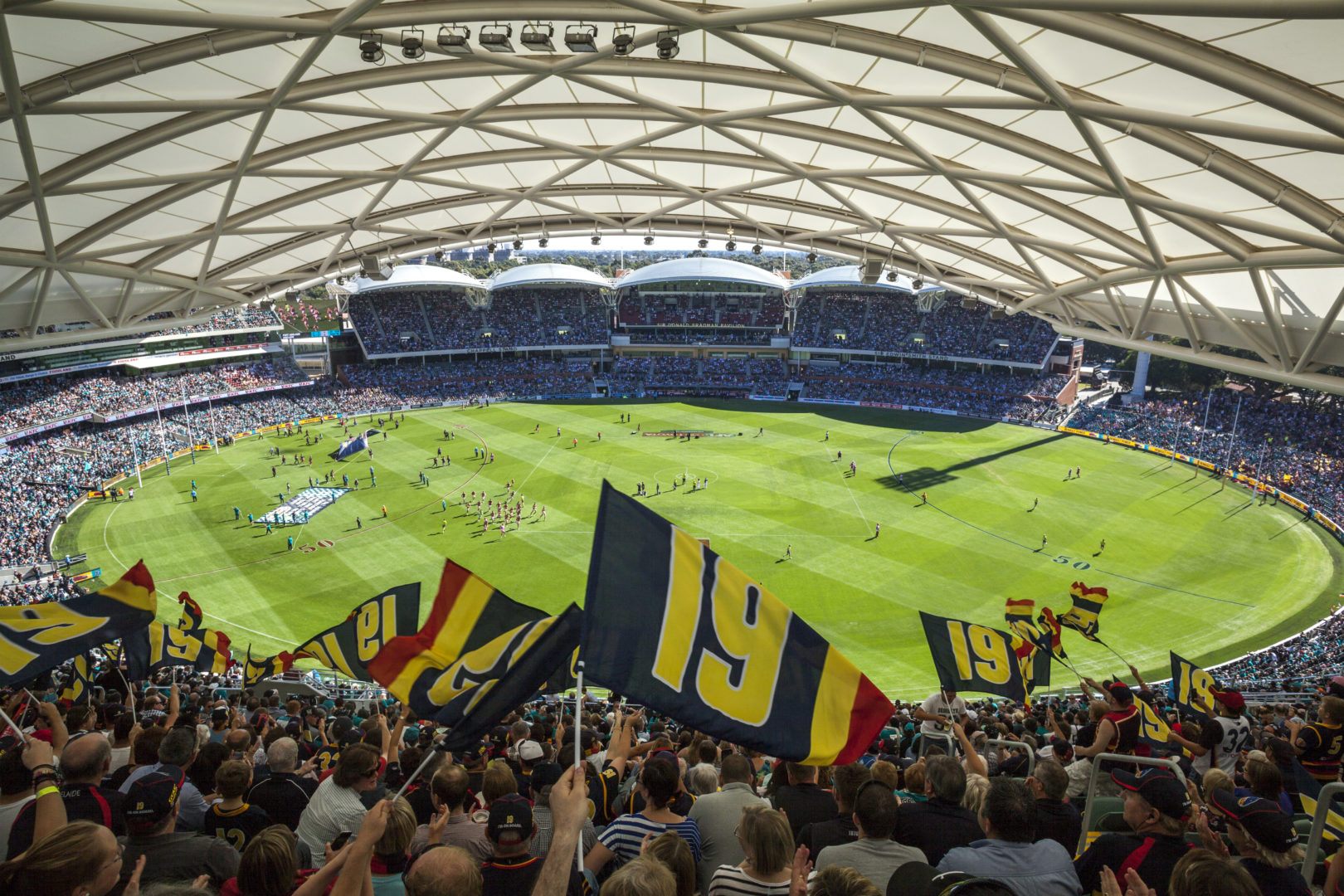 Gaps between pavilions help create character – views of the playing area are complimented with views of surrounding parkland, opening the oval to the public realm.

The groundwork for this project began in 2008 with the completion of the Western Grandstand, designed by Hassell and COX Architecture in association. This grandstand, which replaced the historic George Giffen, Sir Edwin Smith and Mostyn Evan stands, majorly adapted the Oval while retaining critical historic features such as the ivy-covered red brick arches and Village Green to its rear.

The Oval’s 2014 completion which included the Eastern and Southern Stands, public plazas and ancillary spaces was undertaken by COX in association with Walter Brooke and Hames Sharley. This second stage of development assisted in the oval’s performance during major international sporting events. Despite the oval hosting eighteen different sports and events ranging from concerts to galas, it was still primarily seen as a cricket venue.

From above, the Oval has a near-symmetrical form with floating diagrid roofs, scalloped on two sides and anchored by an inverted dish above the Southern Stand. Setting it apart from most other modern stadiums is that the roofs do not connect and create a complete shape, instead with a gap at the northern end. This creates a horse-shoe shape, adding to the oval’s individualism and identity. 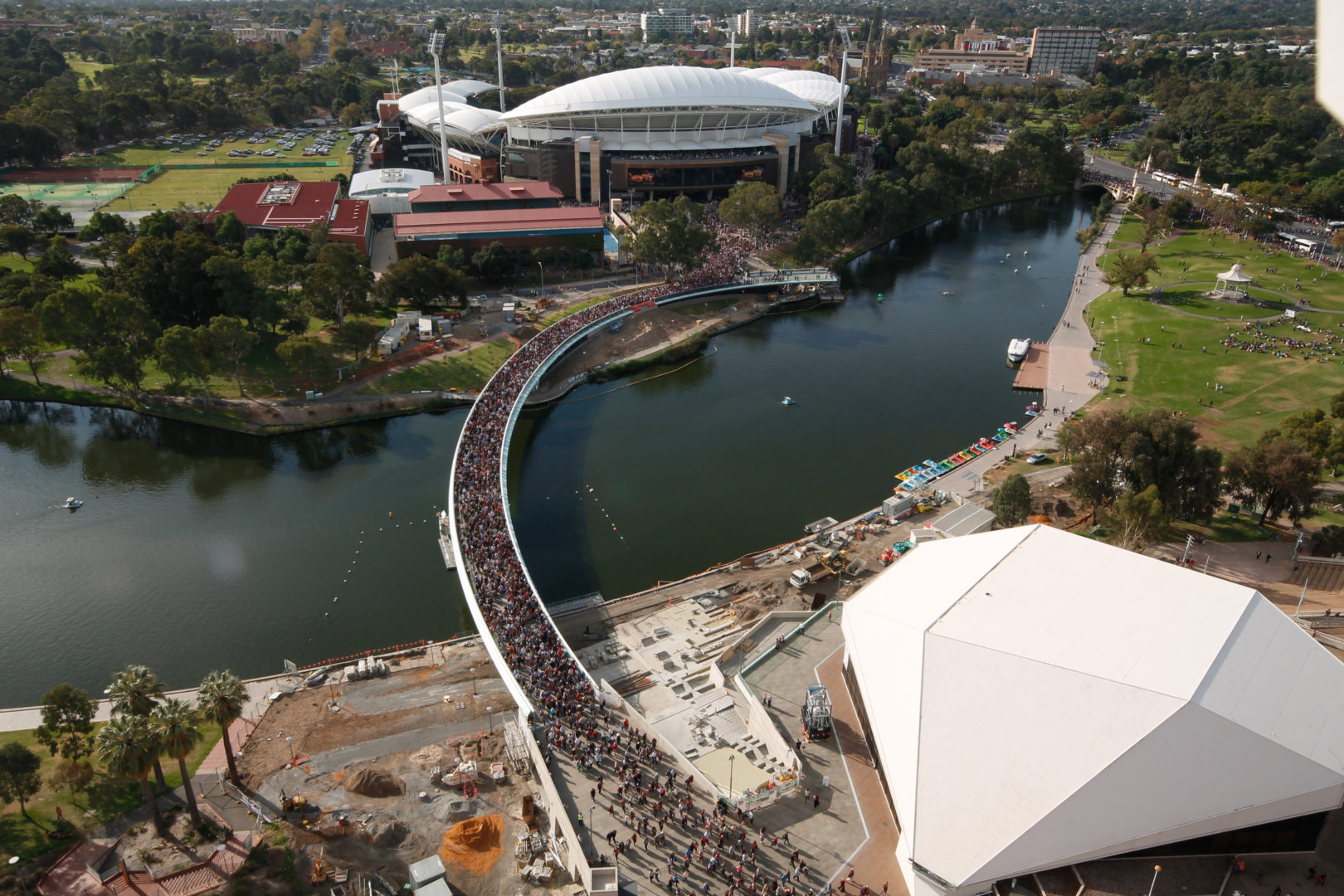 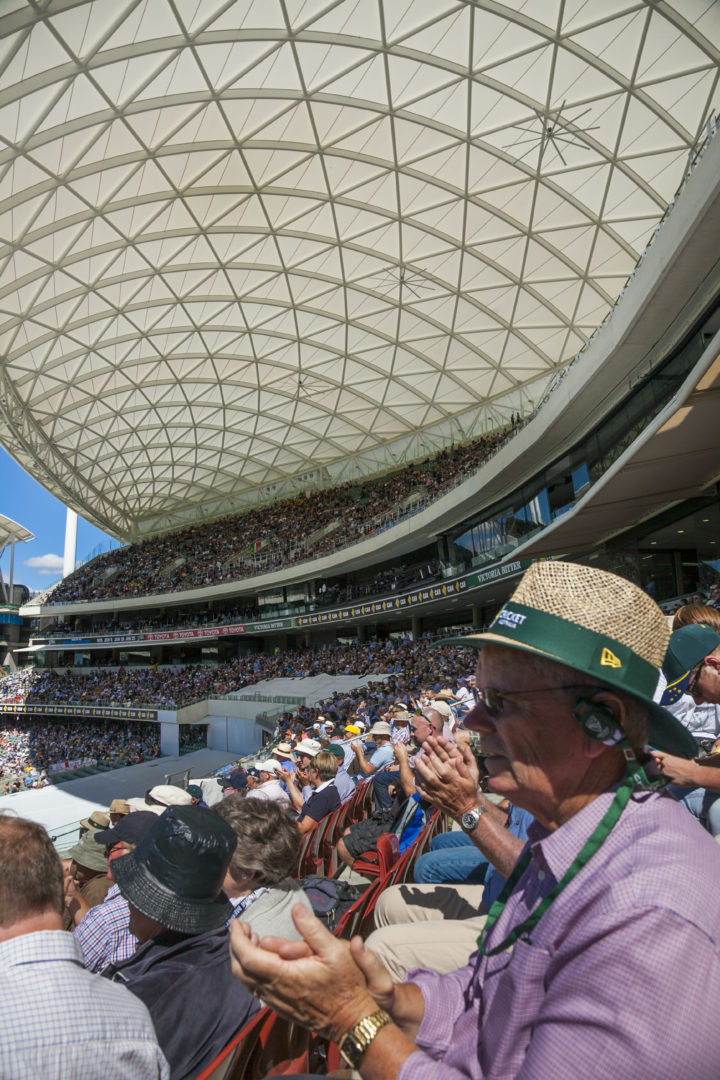 The underlying philosophy of this project was to create an activated and flexible event venue that is distinctly South Australian. The Adelaide Oval is a key component in the activation of the City of Adelaide River Torrens Riverbank Precinct, and the public and cultural benefits are diverse. The Adelaide Park Lands have been enhanced through contemporary architecture, respect for heritage and an improvement in site infrastructure.

Timing the Torrens Footbridge completion to align with the opening of the Adelaide Oval Redevelopment meant the impact for the City of Adelaide was realised from day one.

The Heritage Listed Park Lands are enhanced by the Adelaide Oval Redevelopment and provide a shady and green recreation space that encourages environmental consciousness through the ‘walking approach’ from the city. The project recognised the existing Park Lands Management Strategy by continuing to promote biodiversity and sustainability within the precinct. 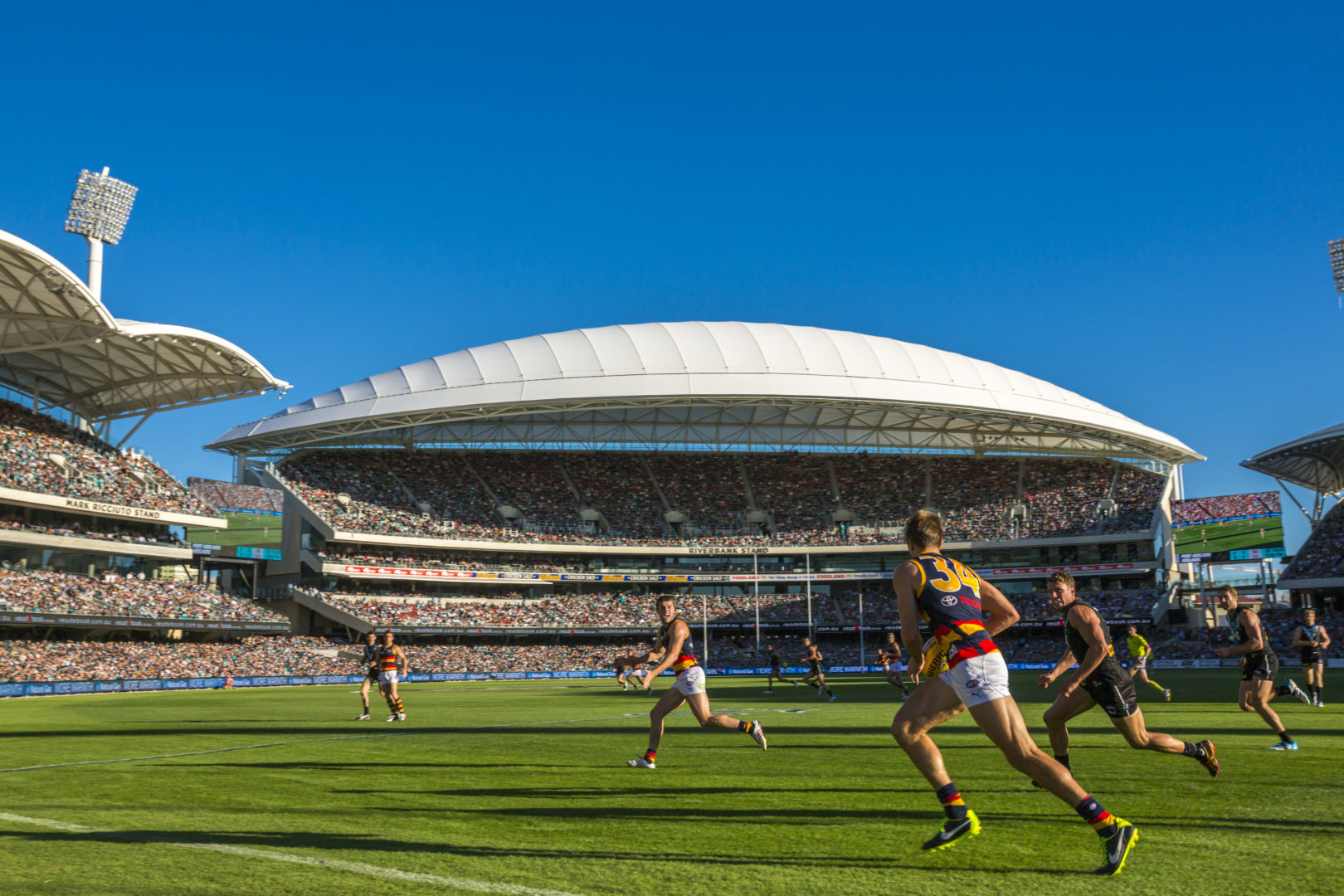 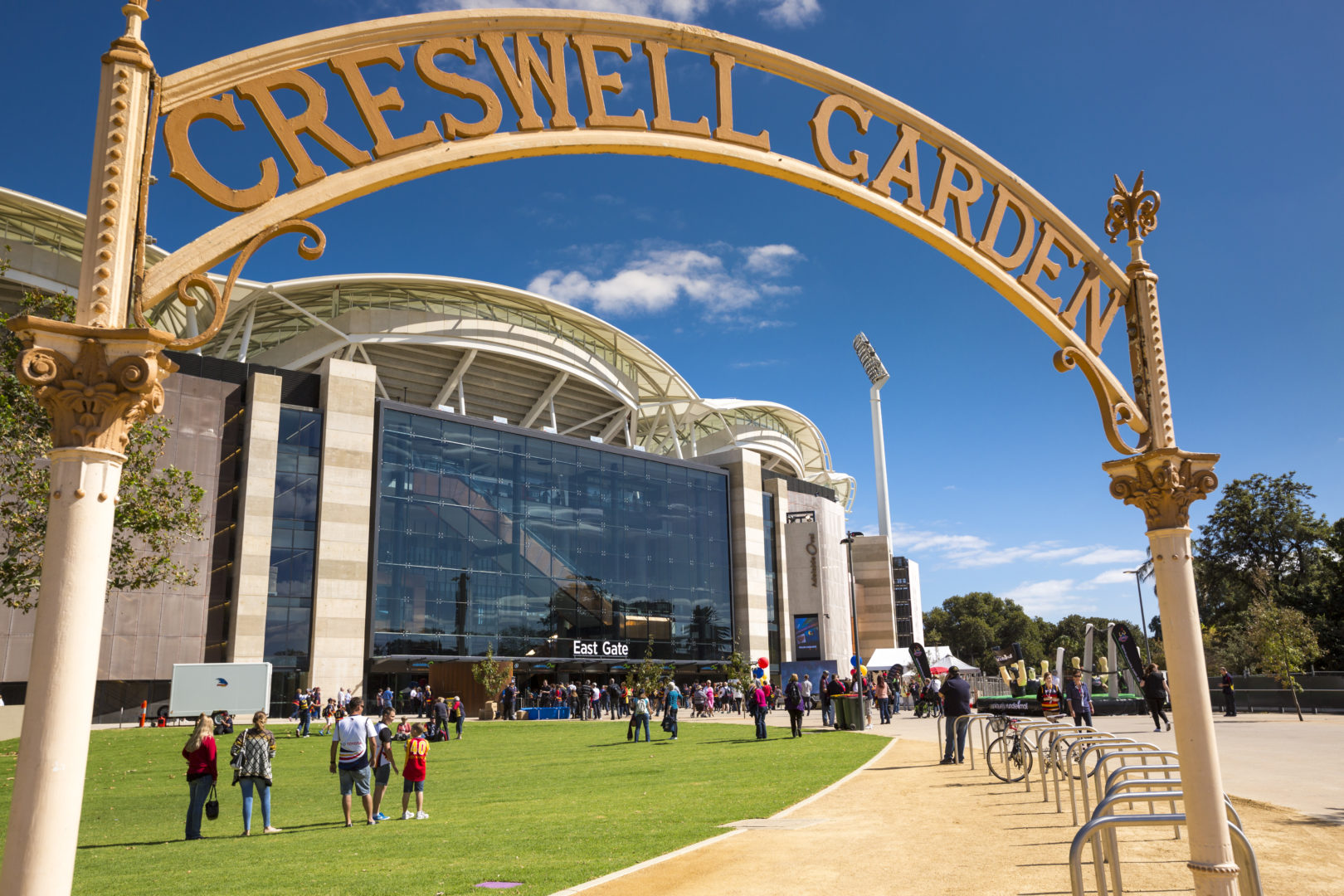 Working in a dedicated project office was critical in achieving a successful design outcome. The architectural team worked closely with the client, Project Managers and all stakeholders including the Adelaide City Council, the Adelaide Park Lands Authority and other government departments to develop an integrated event facility for the precinct and the city. Quality was closely monitored and controlled by the design team and as reported by the Auditor General, the project was delivered on time and on budget.

The increase in vibrancy and cultural engagement of Adelaide city and the Riverbank Precinct is a true measure of The Adelaide Oval redevelopment’s success. 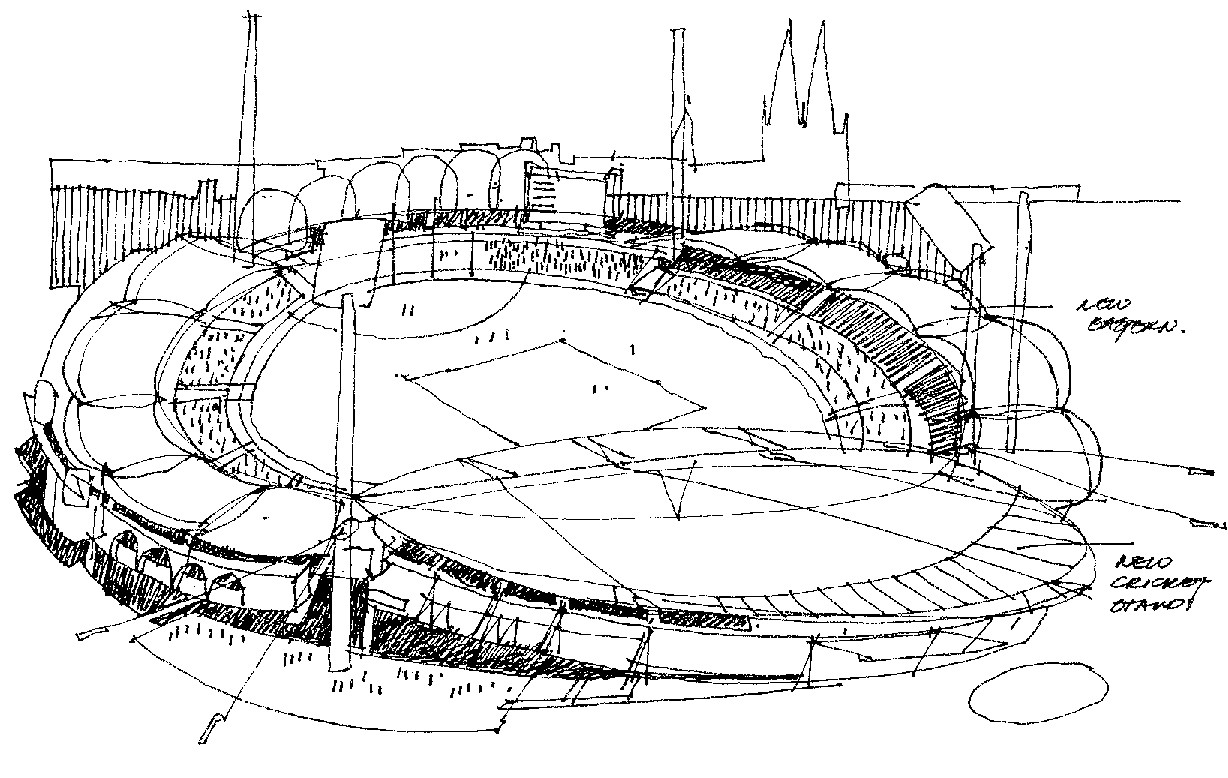 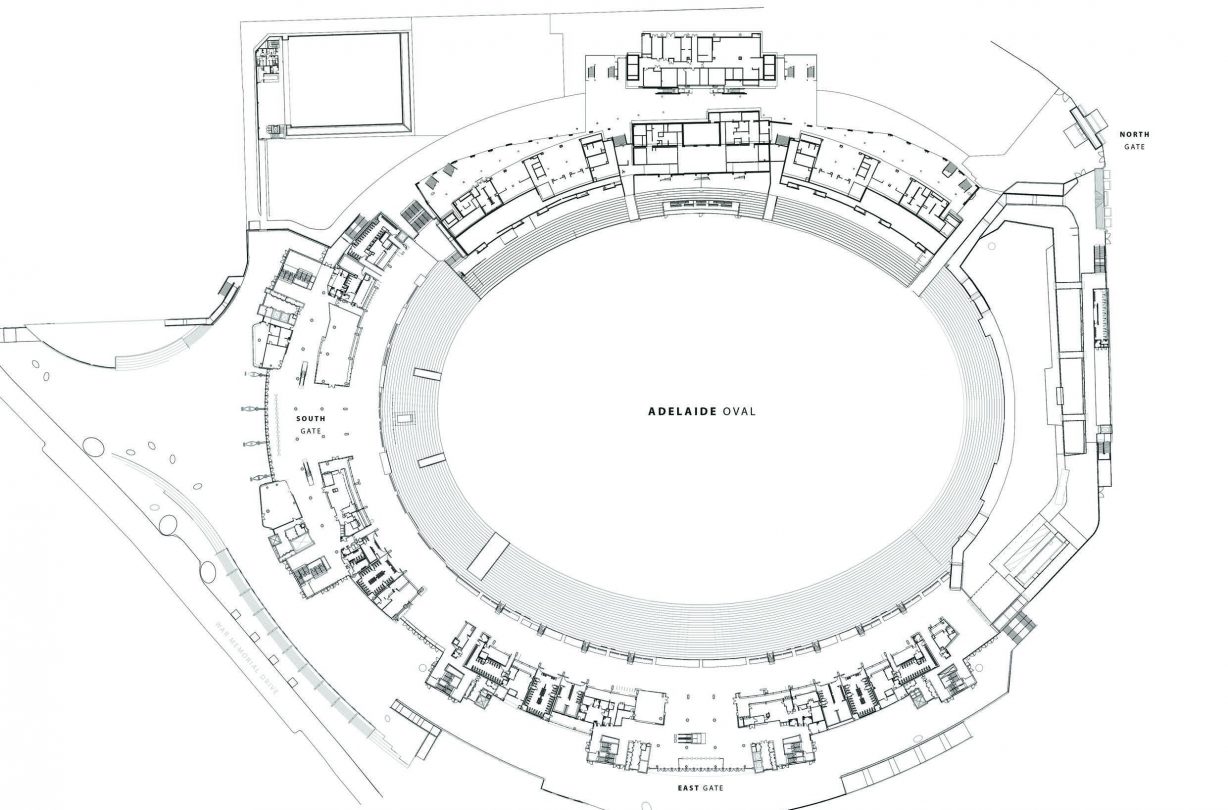 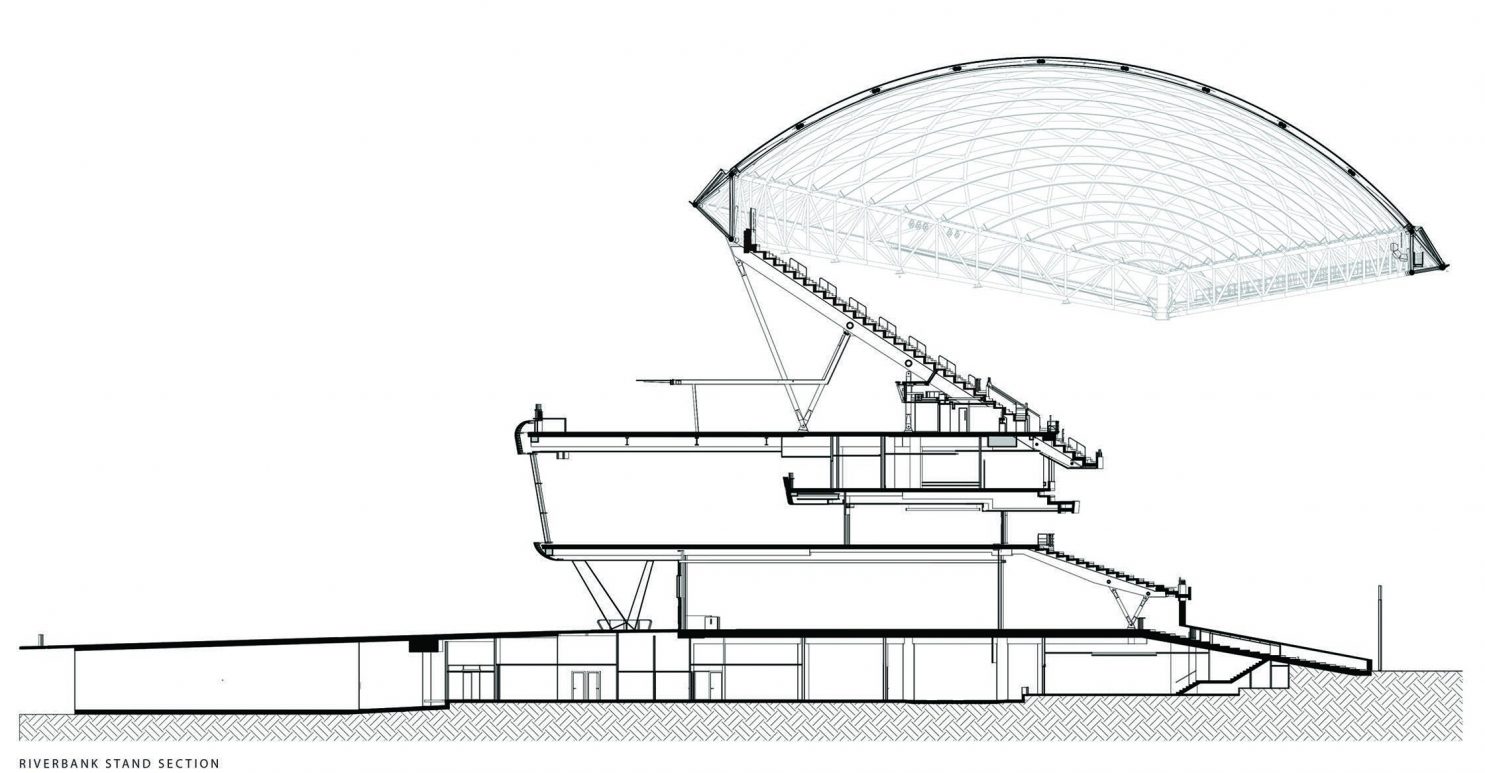