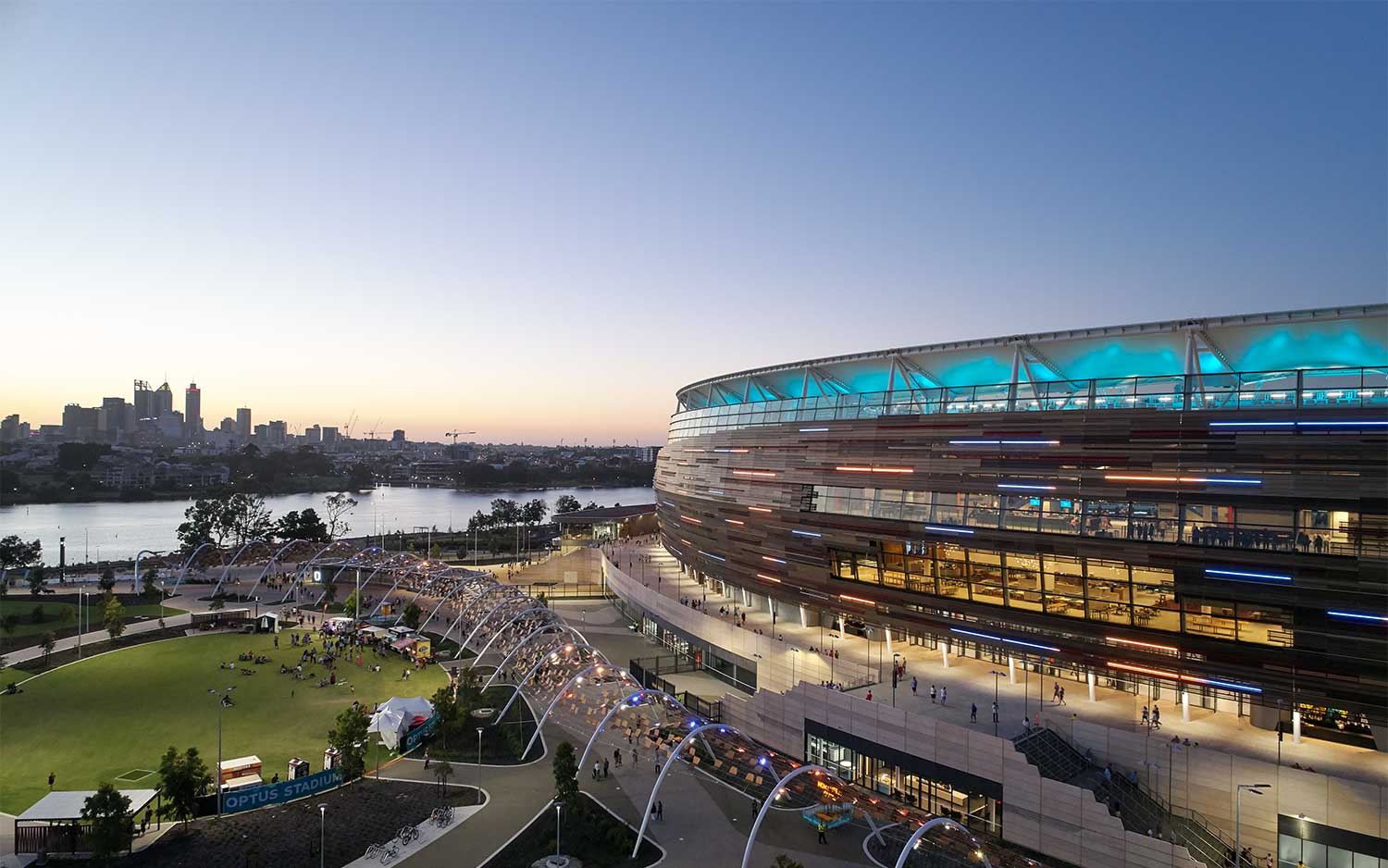 Optus Stadium redefines stadia and stadium park design. Completed in January 2018, the project was almost a decade in the making.

Hassell, COX and HKS Sport and Entertainment, as part of the Westadium consortium, won a competition with the West Australian Government to design the publicly-funded stadium – which sits adjacent the Perth CBD.

Set on the banks of the Swan River, spanning 30-hectares, Perth’s Optus Stadium is the third-largest stadium in Australia. A fabric roof covers 85-percent of seats, which ring the pitch in a steep, bowl-shaped area that maximises views from every angle.
Every design decision for the multi-purpose, 60,000-seat stadium was to meet one requirement – an unsurpassed visitor experience every time, every event.

The ‘fans first’ approach goes past just those entering the gates but references the community who were involved in the creation of this uniquely Western Australian structure. Combining an appreciation of the site’s history and culture with the sporting prowess of the city and State, Optus Stadium is new-age icon for WA and beyond.

The Hassell, COX, HKS design acknowledges the unique sporting, cultural and Indigenous heritage. This extends to the surrounding Stadium Park landscape designed by Hassell which provides spectacular vistas to the Swan River and city. Revitalising what was once the waste ground of the city into a vibrant new public park, the development reconnects the city to its environmental and cultural links with the river. 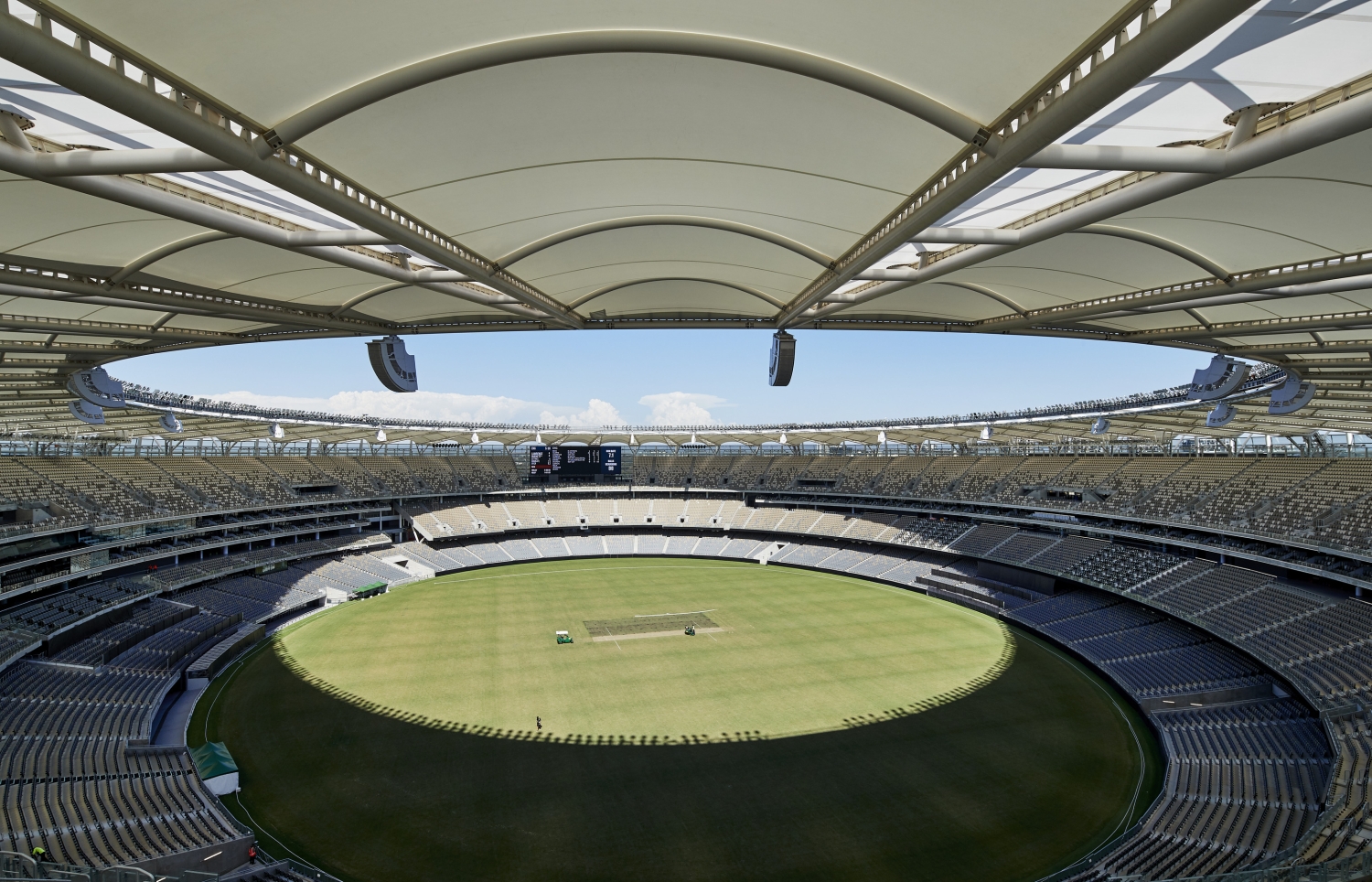 The five-tiered structure is distinct, wrapped in a textural bronze façade made of anodized aluminium which comes to life at night with a custom LED lighting system.

The bold simple form of the stadium tells a story of the land, reflecting the unique geology by day as a shimmering form rising from the river, changing throughout the day to a dynamic, pulsating light form by night.

The multi-purpose stadium accommodates Australian Rules Football, Cricket, Rugby Union and League, and entertainment events. The coliseum seating ‘bowl’ maximises the fans connection to the field of play creating a unique atmosphere and exceptional views from anywhere in the stadium.

The Stadium Park, open year-round to the public, incorporates a covered community arbour linking the new Stadium Station to Swan River, the BHP amphitheatre, children’s playgrounds, picnic areas and BHP boardwalk. A community sports oval is available for public use on non-game days and a network of walking and cycle tracks weaves throughout. Optus Stadium is a gateway to the city and an internationally recognisable landmark for Perth and Western Australia.

Optus Stadium is truly multi-purpose and has been designed with current and future flexibility in mind. When you have 60,000 people in the stadium you need to ensure you are creating the most welcoming and comfortable environment possible…Optus includes the widest range of hospitality options in any sports venue within Australia including the innovative Locker room, Coaches club, Sky Terraces, corporate suites, Club Lounges, a 2000-person function room, retail and over 50 food and beverage outlets. 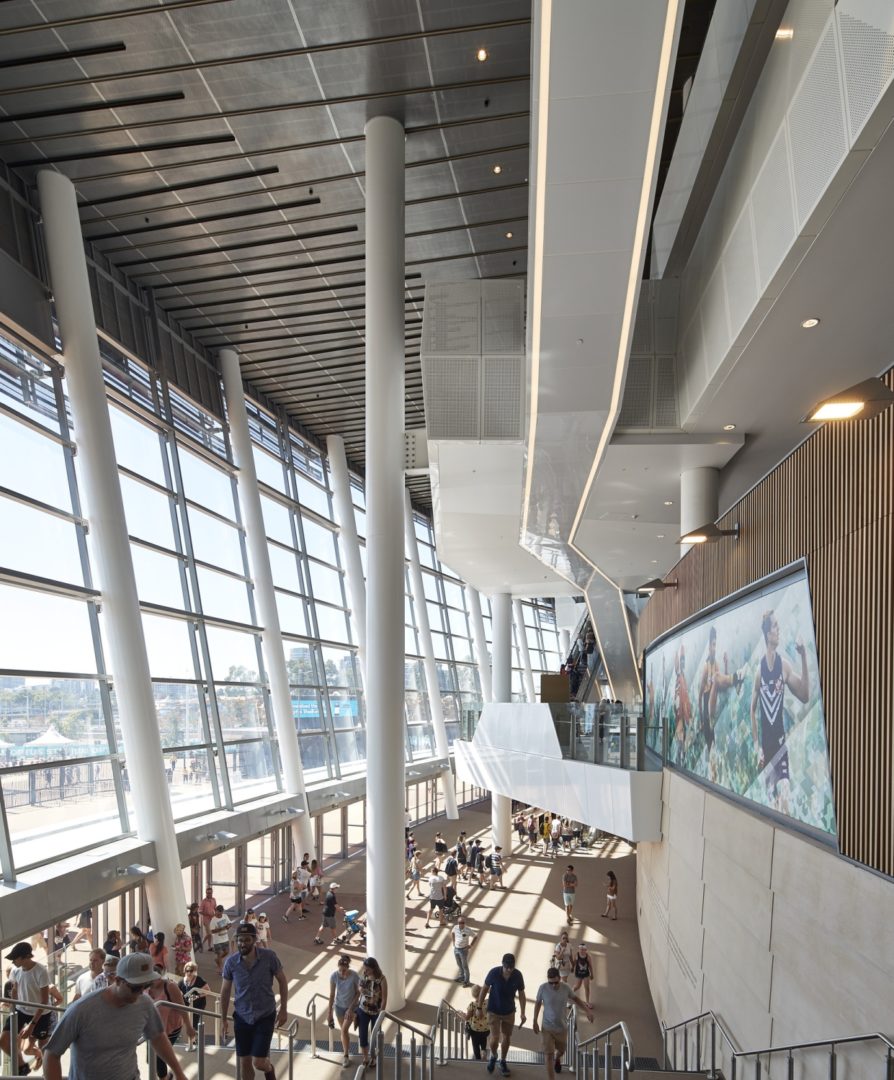 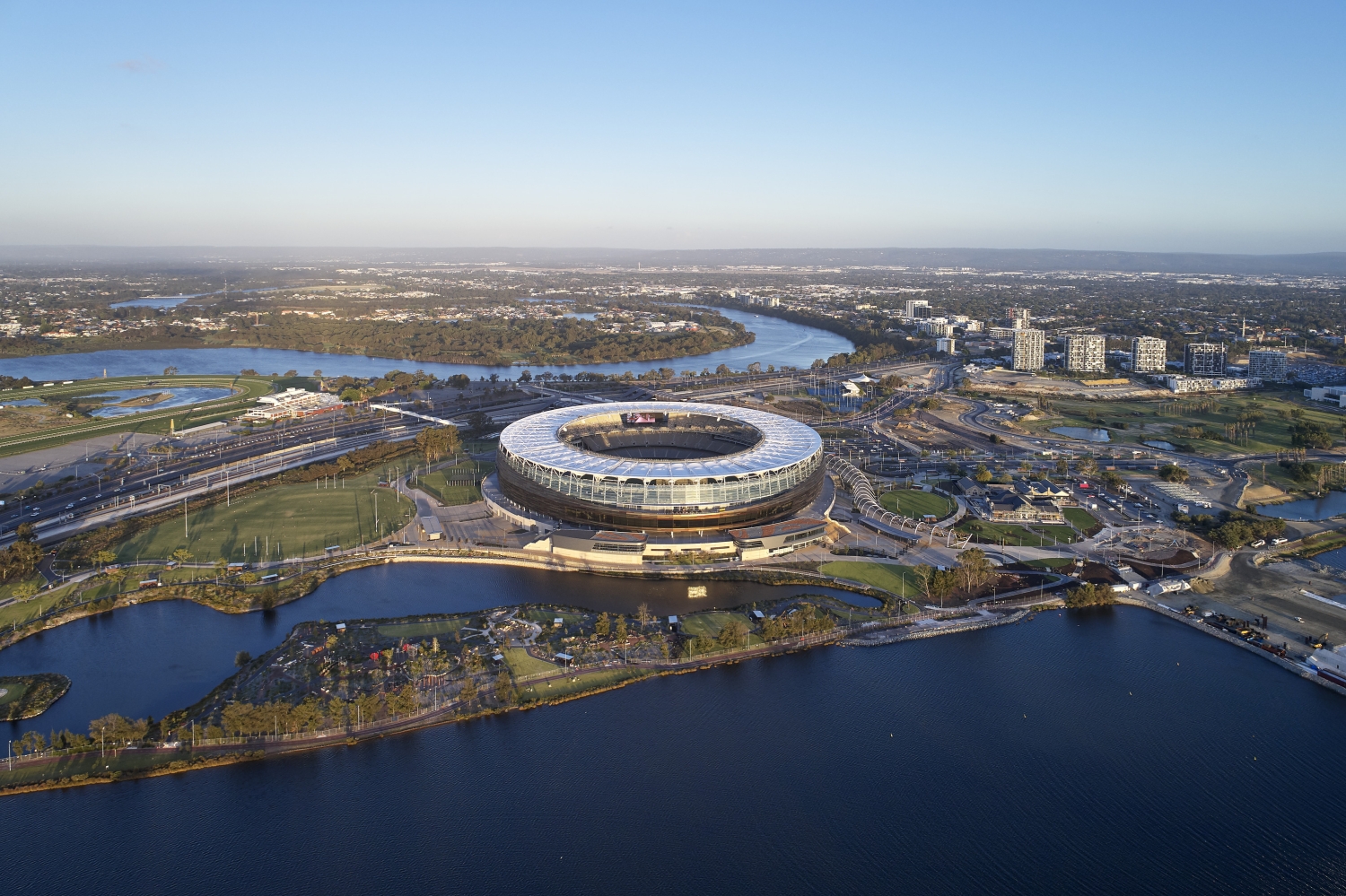 Optus Stadium has been as overwhelming success and I’m extremely proud of the countless Western Australians who have worked hard to deliver this world-class facility. 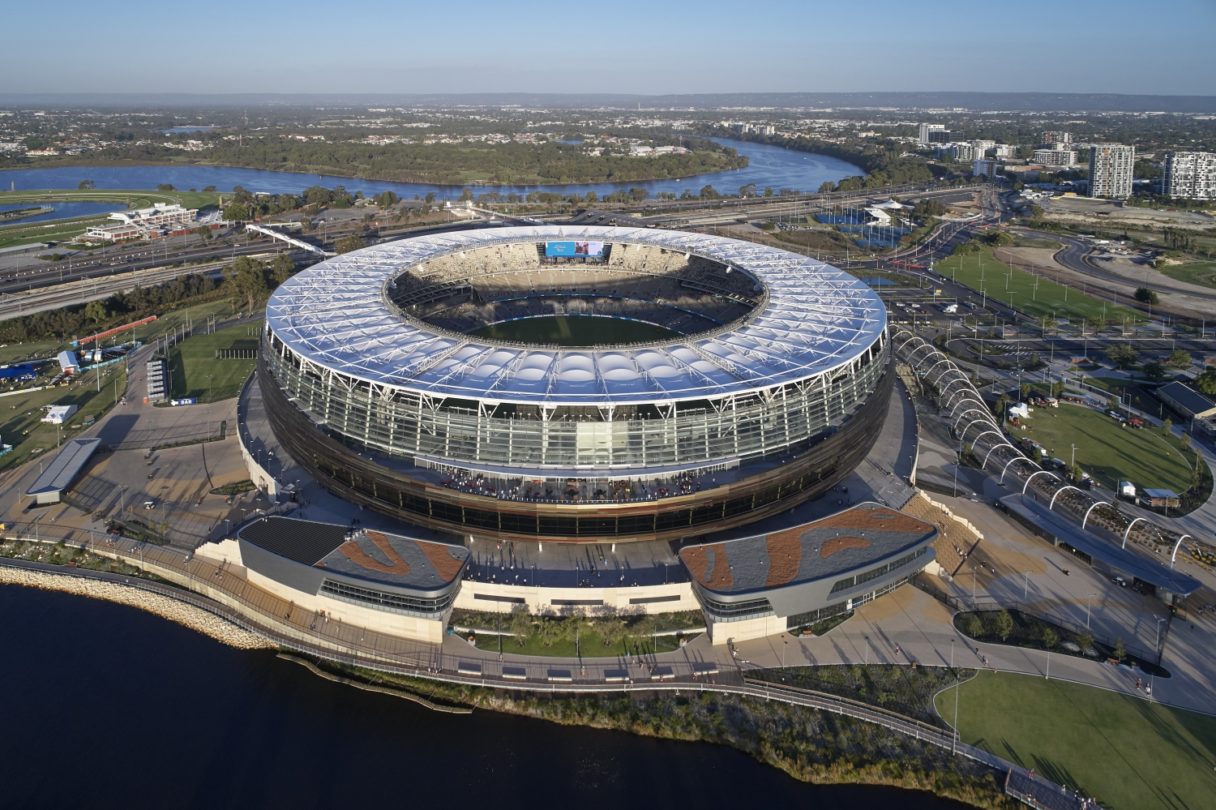 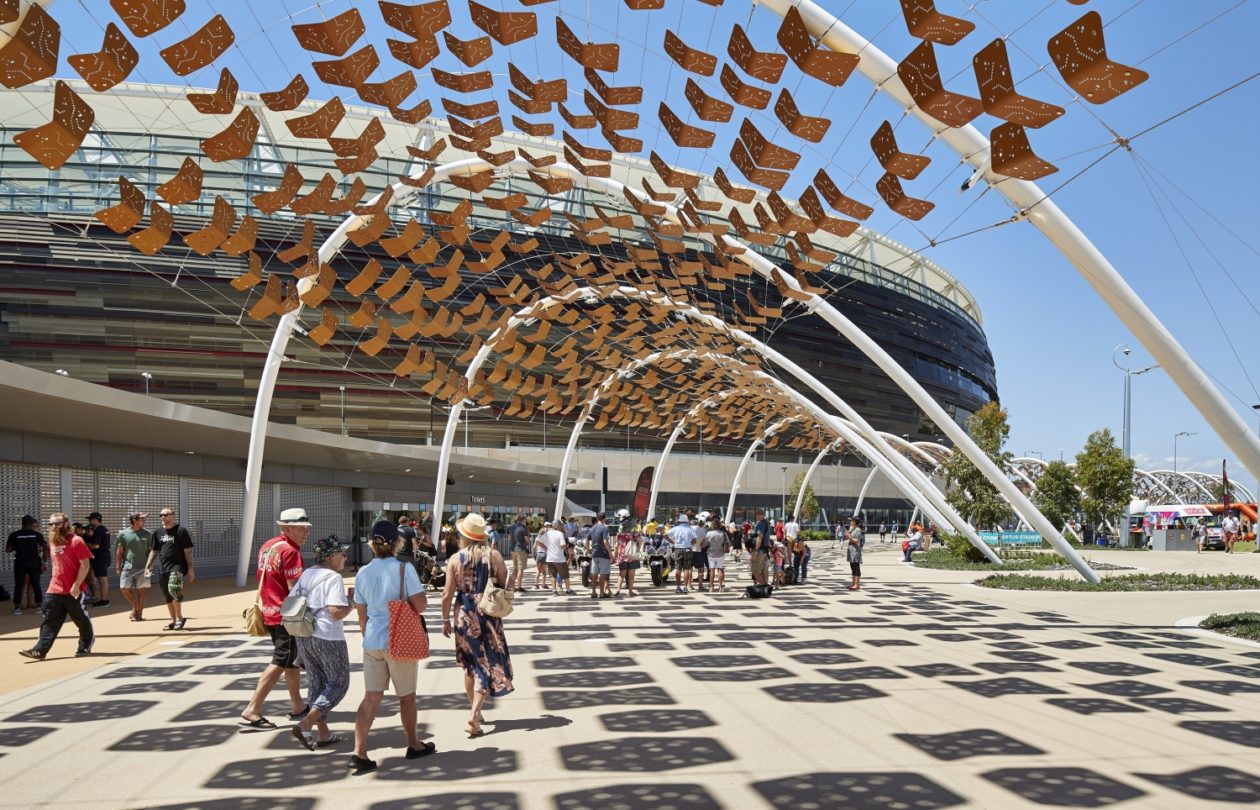 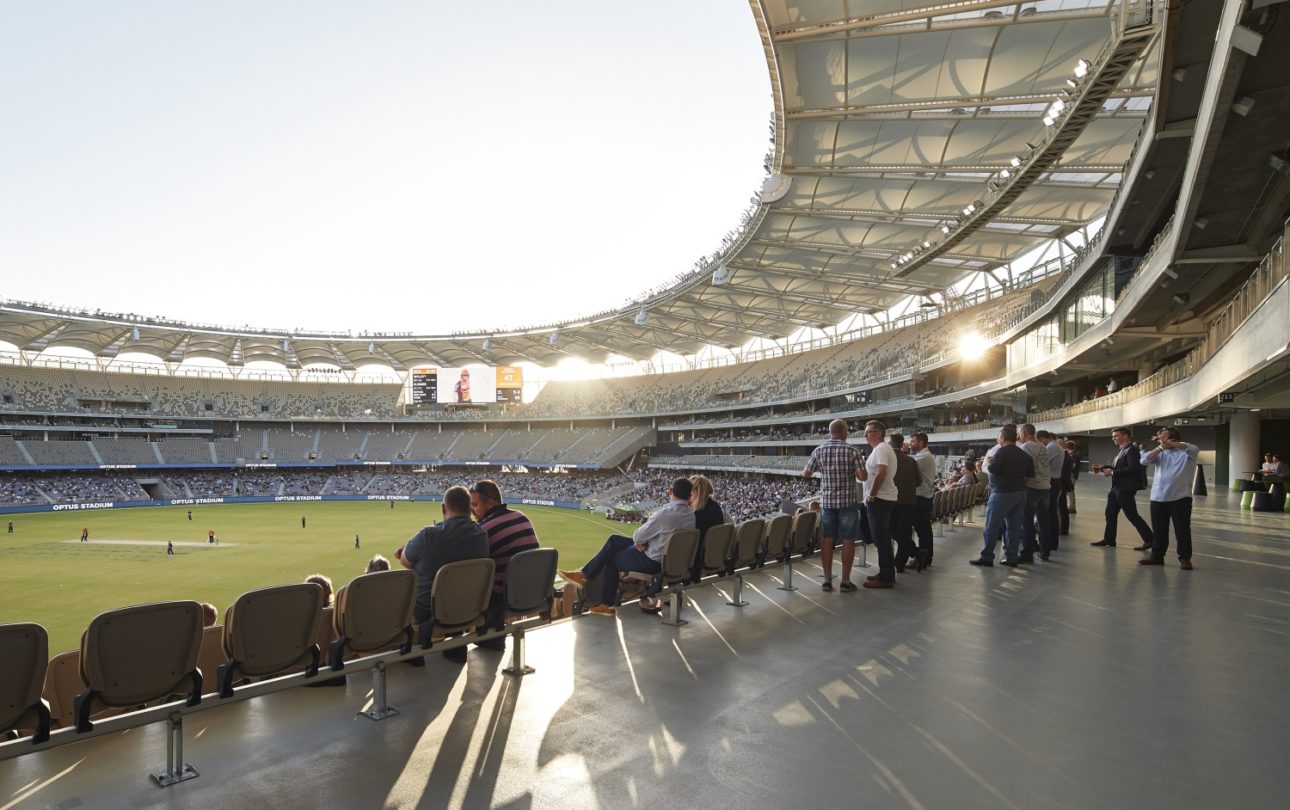 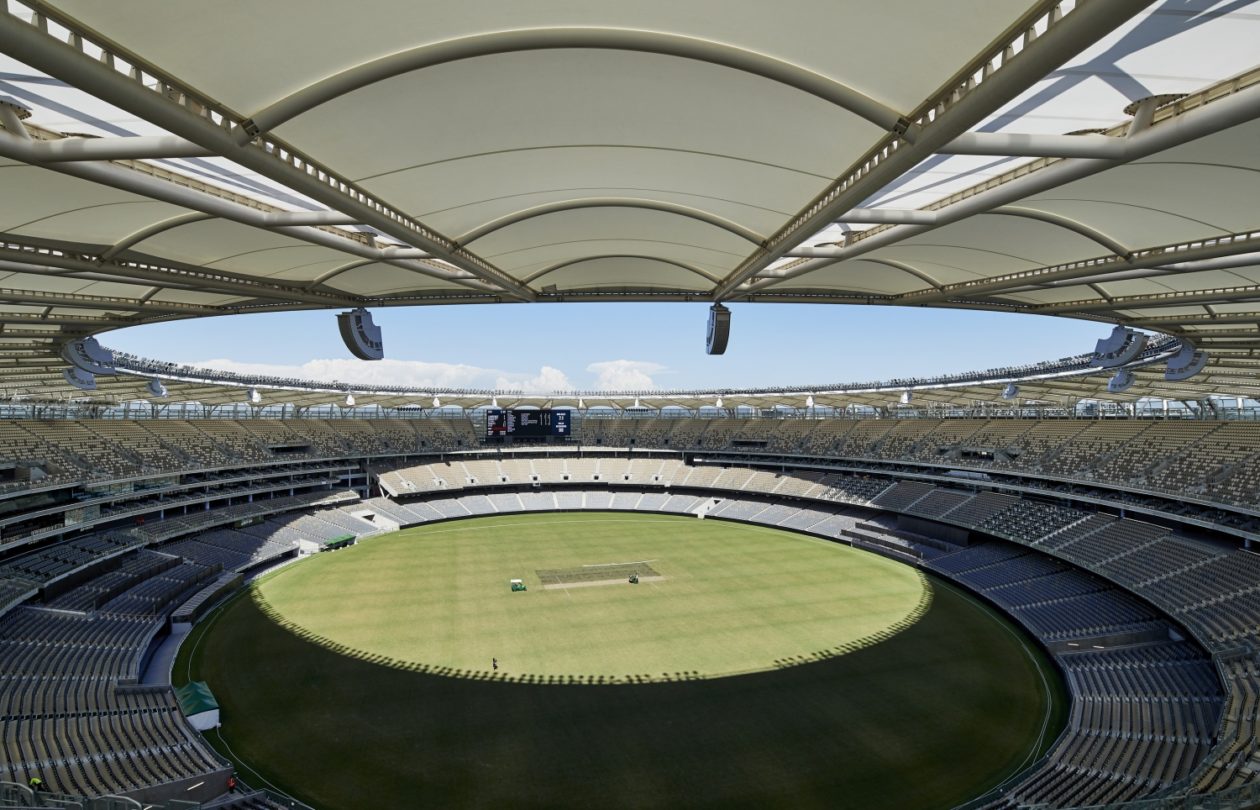 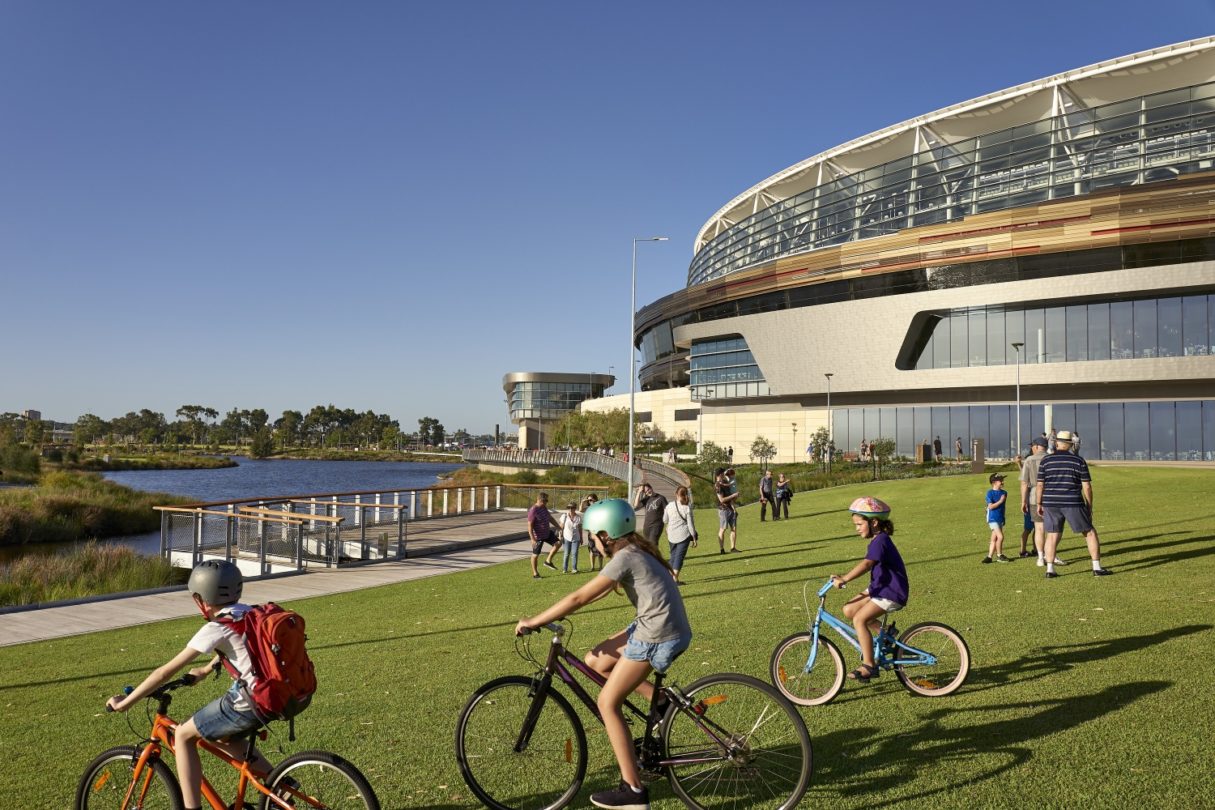 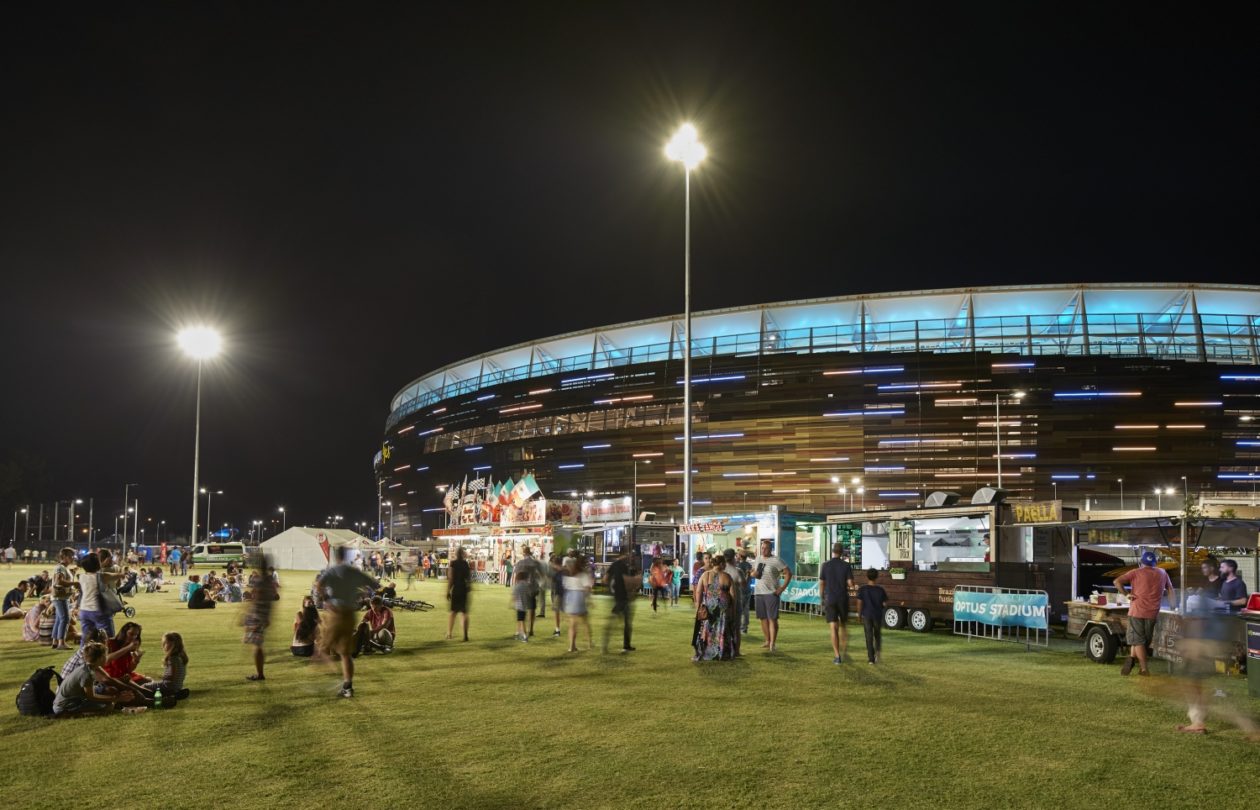 Optus Stadium is now being recognised for being more than being a well-designed and practical venue…(with the win at Prix Versailles) we’re being recognised as the most beautiful sports stadium in the world and this will undoubtedly help attract more people to visit Perth, Optus Stadium and the Stadium precincts.’